Ford revealed the 2024 Mustang at the Detroit auto show this month. The seventh-generation Mustang continues to offer a turbo 2.3-liter four and the 5.0-liter V-8, and more power from both is expected. While the four is automatic only, a manual is available with V-8.

Otherwise, the most exciting news at Ford is the F-150 Raptor R’s engine, the same Predator supercharged 5.2-liter V-8 that’s in the Shelby GT500. In the pickup, it pumps out 700 ponies and 640 pound-feet.

Ford’s baby pickup, the Maverick, adds off-road cred with the new Tremor package. The Maverick Tremor receives a revised all-wheel-drive system, a beefier suspension, and a one-inch lift to allow it to go a little further off-road. It also has a steel skid plate and tow hooks. The XLT and Lariat trim levels offer the $2995 package, which pairs exclusively with the 250-hp turbo 2.0-liter four.

We should see Ford’s all-new Ranger in 2023, although U.S. specifics are TBD. Expect a 270-hp turbo 2.3-liter four mated to a 10-speed automatic. Crew-and extended-cab body styles will feature a more modern interior with a standard 10.1-inch touch-screen and an optional 12.1-inch display. A Ranger Raptor is also in the works. We’re expecting it to have a 392-hp twin-turbo V-6 and the Bronco Raptor’s suspension upgrades. 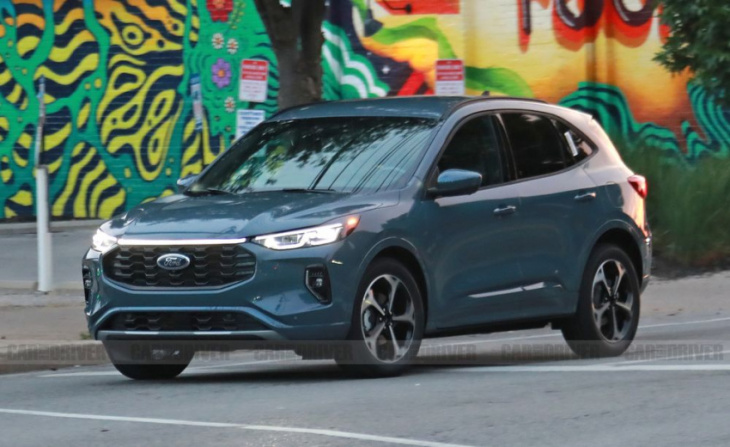 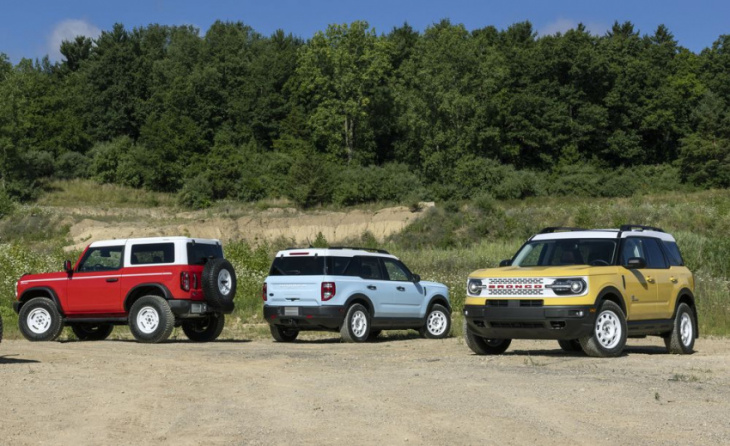 Three years in, the Escape receives an aesthetic facelift, and high demand for the electric F-150 Lightning emboldened Ford to raise prices by $6000 to $8500. Mustang Mach-E prices rise too. No word on a Mach-E de Sade package, but we’re hopeful. The Super Duty also gets an update with a tougher look and new engine choices. The rest of the lineup—Expedition, Explorer, Bronco, Edge, and Transit—continues with minor changes. Ford hasn’t confirmed, but we expect the Transit Connect and EcoSport to die, and 2022 was the GT’s last year.