The big three-row luxury SUV has more power and more features, but you'll have to get past the new look. Love it or hate it, BMW’s controversial styling is here to stay. The grilles keep getting bigger, the headlights keep getting weirder, and yet the brand’s sales remain strong. This time around, it’s the big X7 SUV’s turn for facial surgery. The 2023 model has an updated look meant to bring it in line with the new-generation 7-series sedan, and it’s polarizing. There’s more to the new X7 than revised front- and rear-end designs, however, as the model also sees upgraded engines, a spruced-up interior, and several new standard and optional features.

While the previous X7 looked pretty much like a stretched and inflated X5, the new front end makes a more distinct statement with its eyebrow-like daytime running lights above the squared-off headlights mounted lower on the fascia. BMW admits it’s not the first automaker to adopt this inverted-headlight look. We can’t help but notice that earlier vehicles that tried it, such as the Jeep Cherokee and the Nissan Juke, either quickly abandoned it or have been dropped altogether. Nonetheless, we won’t be surprised if the X5 and X6 eventually adopt this face too. Sigh. 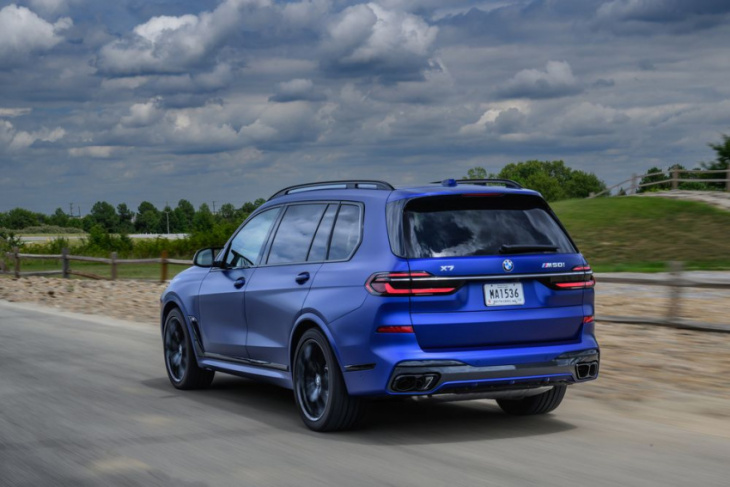 The X7’s tail is more pleasing to the eye, as the added chrome bar and revised taillights make for a crisp appearance. There are also new wheel designs, including a massive 23-inch option for the first time. Those big rollers are best avoided, though, as the X7 we drove with the 23s rode harshly over big bumps. The 21- and 22-inchers ride better and still fill out the wheel wells just fine.

Once again, the X7 offers a choice of six-cylinder or V-8 power. BMW says the vast majority of buyers choose the xDrive40i model with a turbocharged 3.0-liter inline-six, and that’s the engine that has received the more significant upgrades. It gains 40 horsepower and 52 lb-feet of torque for new totals of 375 hp and 383 lb-feet—now surpassing the Mercedes-Benz GLS450 in both regards. On top of that, a 48-volt hybrid system adds torque that juices the total up to 398 pound-feet. The twin-turbo 4.4-liter V-8 also gets the 48-volt system, but its output is unchanged at 523 horsepower and 553 pound-feet. Don’t be fooled by the V-8’s new M60i model designation replacing the previous M50i. BMW says this change in nomenclature was merely meant to align gas-engine trim levels with electric models, including the new iX M60. 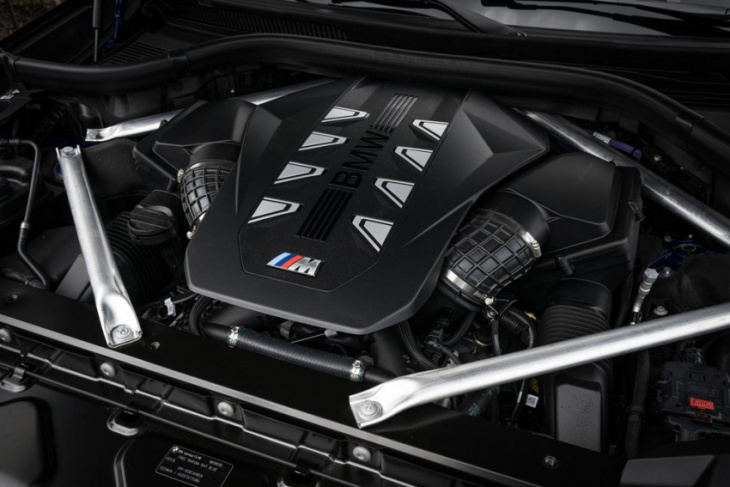 The powertrain upgrades don’t do much to change the engines’ character. Like before, the V-8 is fun, with a snorty exhaust note and a delightful shove of torque. It’s hard to deny the draw of 523 burbling horsepower in a big vehicle like this. And yet, the inline-six is so smooth and pleasant that it’s an equally appealing choice. Although less raucous than the V-8, the six, with its quiet demeanor, is well suited to a luxurious people hauler. Plus, the xDrive40i is hardly lacking for power, and its EPA combined fuel-economy rating is a respectable 22 mpg, 4 mpg better than the M60i’s. 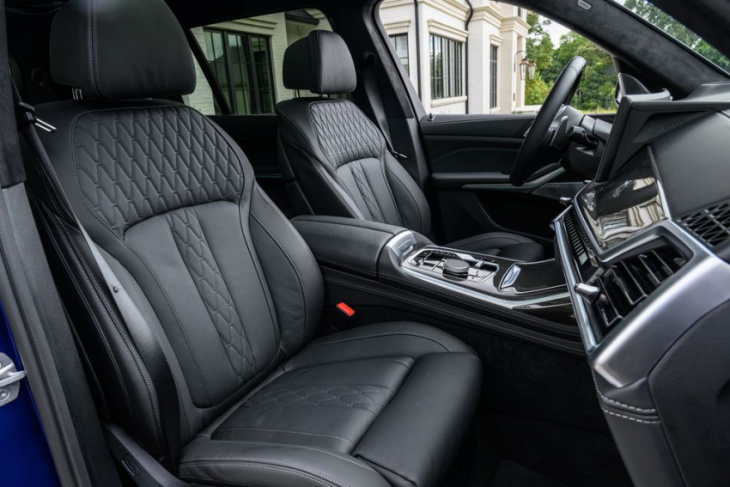 Accurate steering, good sightlines, and a composed chassis help the X7 drive smaller than it is. Although there’s plenty of body roll in the standard air suspension’s loosey-goosey Comfort mode, the X7 corners well in the firmer Sport mode, with a surprisingly high grip threshold and strong brakes.

Even so, the X7 is most enjoyable when you settle into the plush seats and just cruise. The interior features rich materials and plenty of new standard features, including more adjustments for front seats, a panoramic sunroof, and four-zone climate control (five zones are an option, with the fifth setting for those in the rearmost row). The new curved display screen that’s propagating across the BMW lineup incorporates a 12.3-inch digital gauge cluster and a 14.9-inch center touchscreen. The latter can also be controlled by the iDrive knob on the center console, and BMW’s latest operating system remains relatively easy to use given its complexity. 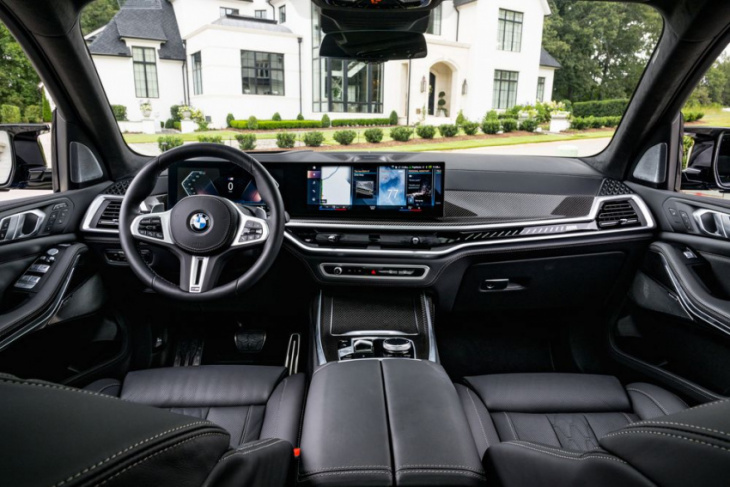 As is becoming de rigueur among full-size luxury SUVs, the X7’s list of driver-assistance features has grown to include a hands-free driving function for freeways. Unlike Cadillac’s Super Cruise or Lincoln’s ActiveGlide, however, the X7’s system works only at lower speeds, such as in a traffic-jam scenario. With so many cameras and sensors onboard, BMW also throws in functions such as a trailer backup assist and a park-assist system that can “remember” certain maneuvers and autonomously guide you into or out of a tight garage.

The X7 already had a lot going for itself as one of the more luxurious and best-driving entries in the full-size-SUV class. For 2023, the numerous upgrades, namely improved powertrains and an appealing array of technology, only reinforce its position at the top of the segment. And although the X7 was never a great beauty—nor is any giant barge like this, for that matter—the funky new front end is really the only catch.

The 2023 BMW X7 Has Been Refined, Not Perfected