The hotted-up 2023 BMW M3 CS has debuted ahead of its appearance at the 24 Hours of Daytona this weekend – and it’s confirmed for Australia.

It will sit at the top of the M3 range, joining the track-focused M4 CSL with its more potent 405kW ‘S58’ twin-turbo 3.0-litre inline-six and carbon fibre components.

However, unlike the M4 CSL, it features back seats and BMW’s xDrive all-wheel drive system, with a faster 0-100km/h sprint time of 3.4 seconds. 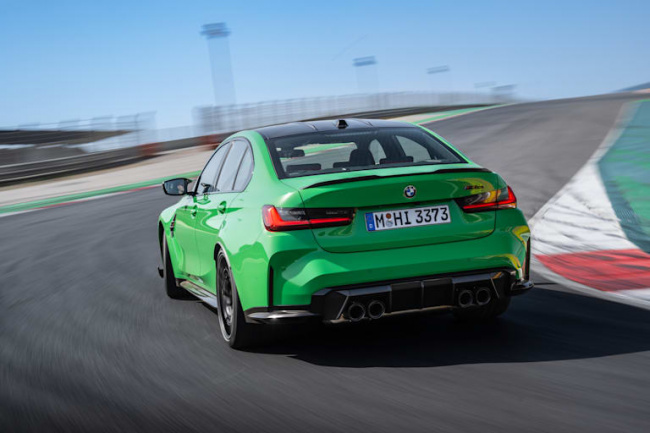 Under the bonnet, the M3 CS features a 30kW hike in peak output compared to the M3 Competition, courtesy of raising the turbo’s maximum boost pressure from 1.7 to 2.1 bar. 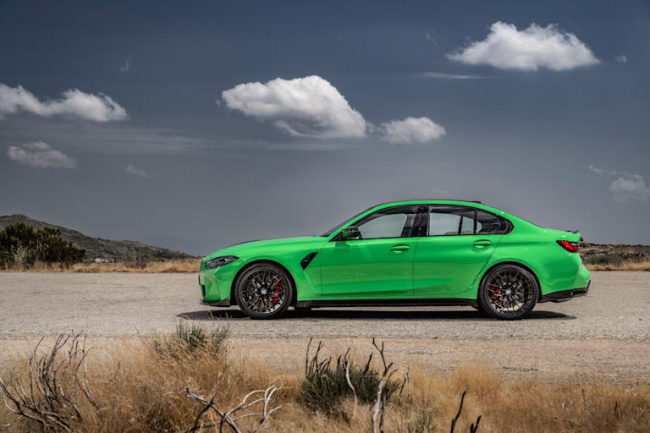 This has raised power to 405kW (in line with the M4 CSL) while torque is unchanged at 650Nm. It is matched with an eight-speed ZF torque converter automatic transmission and an electronically-controlled limited-slip differential. 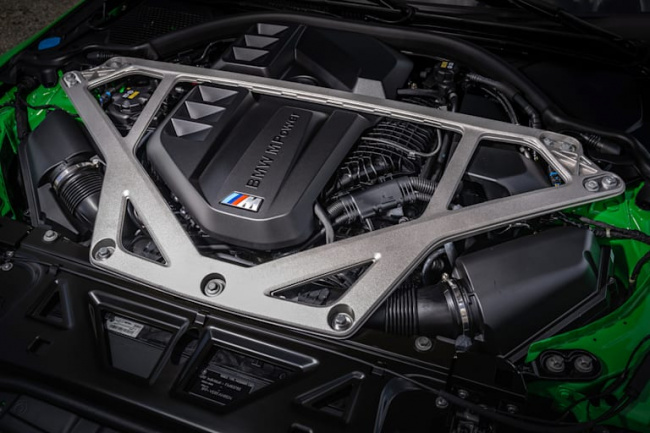 As with the M4 CSL, the M3 CS sports a more power/less weight formula, with a carbon-fibre roof and lightweight parts, including the bonnet, front and rear bumper, mirror caps, air intakes and spoiler – but it retains the rear bench to allow for seating for five.

This equates to a 20-kilogram weight saving over the M3 Competition, while the middle-rear seat is retained – unlike the M5 CS, which features two rear bucket seats.

Under the skin, BMW has retuned the M3’s suspension, with a unique camber, damper, anti-roll bar and auxiliary spring tune, and bespoke steering calibration. 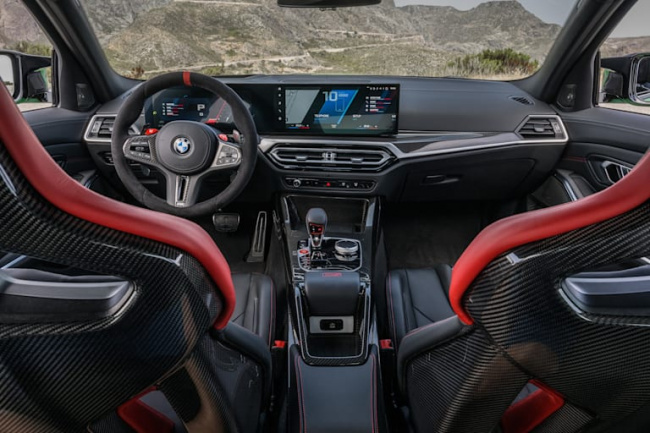 It features red or black M brakes as standard, with optional carbon-ceramic calipers in matte gold or red for $16,500 extra. There are also forged M light-alloy wheels in bronze, measuring 19 inches at the front and 20 inches at the rear, and track tyres (or high-performance road tyres as a no-cost option).

Inside, the M3 CS includes carbon-fibre bucket seats with illuminated model badging, black and red upholstery, an Alcantara steering wheel, and a lightweight centre console with a delete option.

The 2023 BMW M3 CS will commence limited-run production in March, with local deliveries set to commence in the second half of 2023.