2023 BMW M2: Timing, price, performance and everything we know so far about the Audi RS3 and Mercedes-AMG CLA 45 S competitor 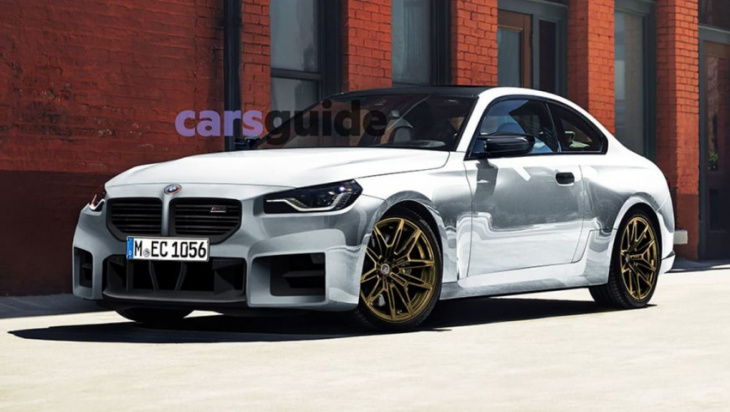 The 2023 BMW M2 will likely be the last M car that doesn’t feature any form of electrification. (Image: Thanos Pappas)

With hybrid and full electric powertrains already in development for future M models, the second-generation M2 marks a moment in time, the new version sticking with a traditional front engine/rear-drive layout, and continuing to offer the option of an old-school six-speed manual gearbox.

Here’s the rundown on everything we know so far about the soon-to-arrive compact German hot rod.

BMW has confirmed the new M2 will debut in October, prior to hitting European showrooms in April 2023. Expect an Australian on-sale late in Q2 2023. 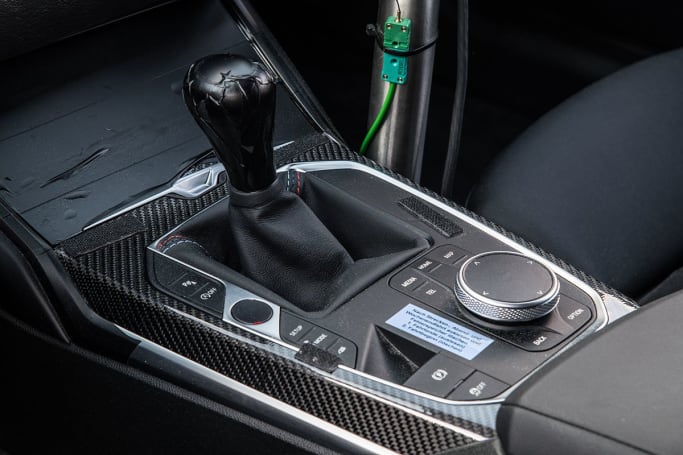 The new M2 will be powered by a specifically-tuned version of BMW’s ‘S58’ 3.0-litre, twin-turbo, in-line six-cylinder engine, as used in the current M3 and M4, and out-going M2 CS.

Drive will be fed to the rear wheels (only) via an eight-speed auto transmission or six-speed manual gearbox.

Expect 0-100km/h acceleration in the low four-second bracket for the eight-speed auto and a number in the mid-fours for the six-speed manual. 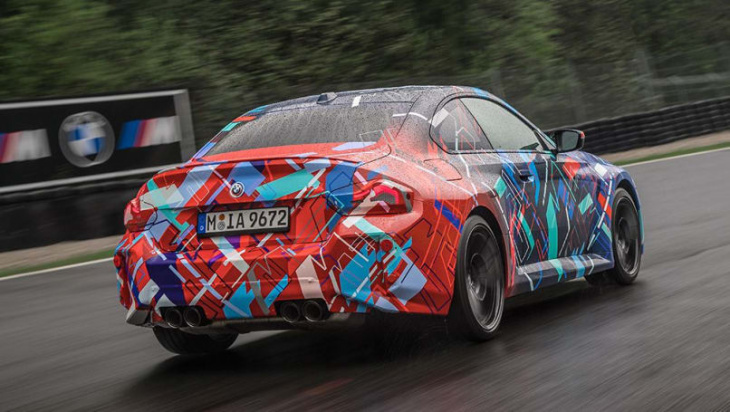 The new M2 will ride on the same platform as it’s larger M3/M4 siblings with a classic BMW strut front/five-link rear suspension set-up, complete with M adaptive dampers and a rear-axle subframe bolted rigidly to the body.

Although 18- and 19-inch inch alloy rims will be available in Europe, expect Australian spec to standardise on 19s at the front and 20s at the rear, shod with ultra high-performance Michelin Pilot Sport 4 S rubber (275/35/285/30). 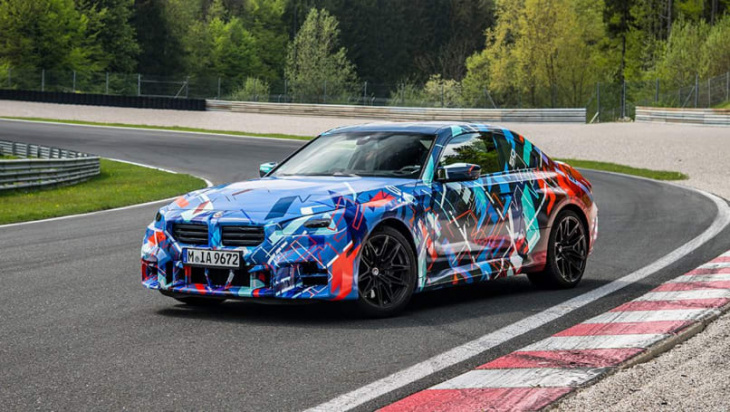 Despite the carefully confected camouflage wrap the new M2 has so-far worn in public, it’s clear this car won’t inherit the M3/M4’s polarising grille treatment, with a less extreme version of the brand’s ‘kidney grille’ adorning the nose.

Broad vents across the front apron wrap around to match with bulging front guards, and a similarly pumped-up rear three-quarter. 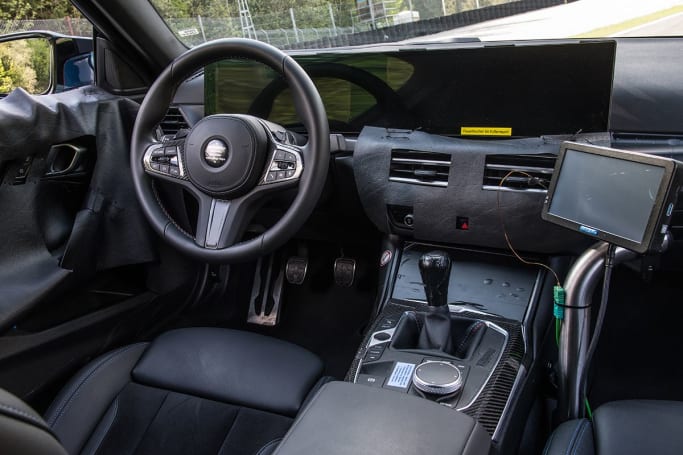 Expect a carbon-rich environment with a carbon roof and ‘M carbon’ bucket seats for the driver and front passenger available.

Also inside, the new M2 adopts the single sweep multimedia and digital instrument screen, already seen in the i4 and iX, while other controls and systems, including ‘iDrive’ are familiar from current BMW models. 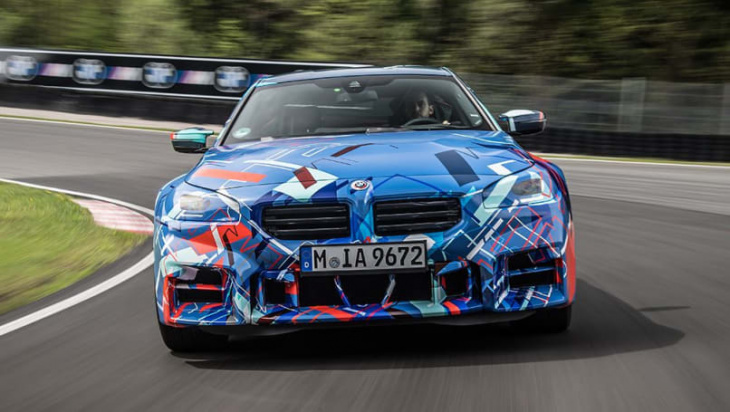 No official word from BMW Australia on local pricing at this stage. The outgoing M2 Competition left the local market in January this year, with prices set at $102,900 before on-road costs for the six-speed manual and $109,900 for the seven-speed auto.

It’s reasonable to expect a bump in price to reflect the new car’s upgraded performance and technology, with both versions likely to land in the $110-$120,000 bracket.

Keyword: 2023 BMW M2: Timing, price, performance and everything we know so far about the Audi RS3 and Mercedes-AMG CLA 45 S competitor

Well, That Looks Better Solving Only Some of the Interior Issues A Familiar Driving Experience Electric Luxury Doesn’t Come Cheap The verdict: The EQS SUV solves a few of the EQS Sedan’s foibles, providing a stunning new entry into the electric luxury crossover field. Versus the competition: The EQS ...

Mercedes-Benz is launching sales of two of the three plug-in hybrid versions of the new GLC unveiled in June. The GLC 300 e 4MATIC and the GLC 400 e 4MATIC will be offered in Germany at prices starting from €71,471 and €74,922 respectively. When the new generation of the ...

Somehow, we missed a turn. It would seem impossible to do in the 2023 Mercedes-Benz EQS SUV 580, with its Hyperscreen and equally massive head-up display flashing navigation cues like an airport runway guy. But there we are, the road turning into gravel, the gravel to dirt, dirt to ...

The EQS SUV has a range of up to 305 miles and more comfort than its sedan variant, but it’s not all good news.

Audi says that it has wrapped up a massive round of endurance testing for its RS Q e-tron E2 rally beast ahead of October’s Morocco Rally and the iconic Dakar rally in the New Year. The Audi RS Q e-tron E2 is the company’s new and improved take on the ...