The 2022 Lexus ES and BMW 5 Series are opposing rivals in the luxury midsize sedan segment. The Lexus is known for its cloud-like comfort, soft-touch interior materials, and stately driving dynamics. While the BMW 5 Series is more geared for performance with its sharper steering, powerful engine choices, and agile handling. 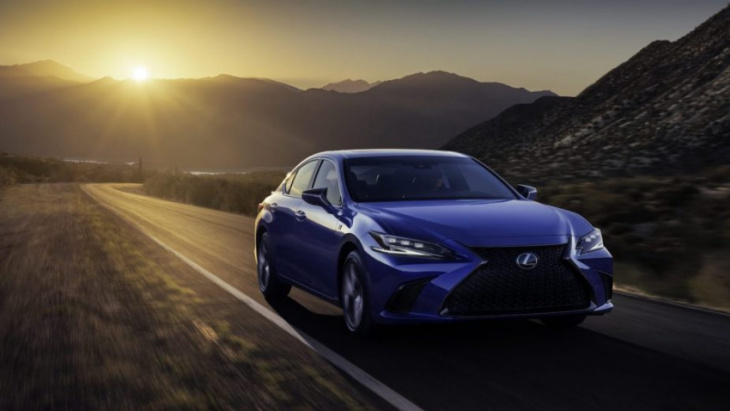 When shopping for a 2022 Lexus ES, buyers have a choice between the ES 250 and the ES 350. The ES 250 comes standard with a 2.5-liter, four-cylinder engine that pumps 203 hp to all four wheels via an 8-speed automatic transmission. Unlike the ES 350, AWD is standard on this base engine configuration; however, it’s still able to achieve up to an EPA-estimated 25 mpg in the city and 34 mpg on the highway.

The ES 350, on the other hand, is powered by a larger 3.5-liter V6 engine that produces 302 hp. Unfortunately, buyers that live in snow states won’t like the fact that this version of the ES only comes in FWD format. However, they may like that it can get up to an EPA-estimated 22 mpg in the city and a respectable 31 mpg on the highway.

For more efficiency, the Lexus ES Hybrid does the trick 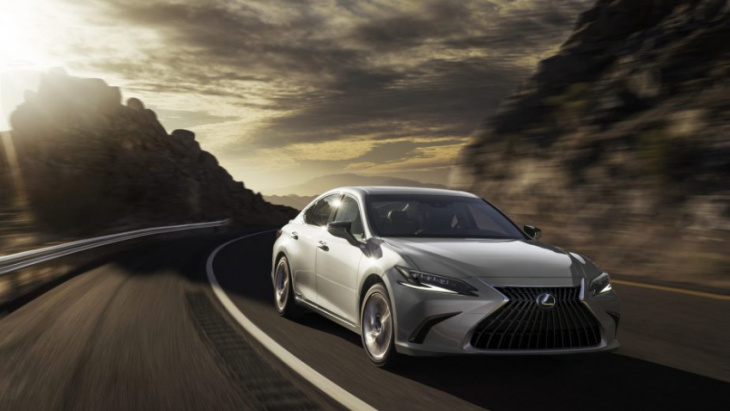 In case averaging fuel efficiency in the 30-mpg range isn’t good enough, the Lexus ES Hybrid will get the job done. The ES Hybrid is powered by a 2.5-liter engine that’s paired with an electric motor for a total power output of 215. But power isn’t its forte. Instead, this hybrid model can garner up to 43 mpg in the city and 44 mpg on the highway, according to the EPA.

In our real-world testing, we were able to easily average over 40 mpg after a week of driving in mixed city/highway conditions. The ES Hybrid’s fuel efficiency and comfortable ride and interior made for an impressive fuel-saving package. 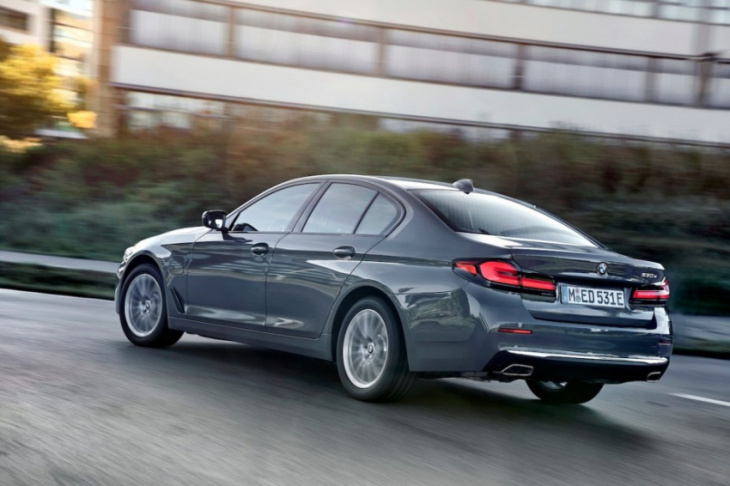 Although the 2022 BMW 5 Series is more skewed toward the performance side of the luxury market, it’s not a gas-guzzler. Much like the Lexus ES, the base-model 530i is powered by a four-cylinder engine. This turbocharged, 2.0-liter mill puts out 248 hp and can achieve up to an EPA-estimated 25 mpg in the city and 33 mpg on the highway. That makes it slightly more efficient than the base ES 250, which could be attributed to the Lexus’ AWD setup.

Stepping up to the BMW 540i puts a turbocharged 3.0-liter, inline-six engine under the hood. This engine generates 335 hp with the help of BMW’s eBoost 48V mild hybrid technology. Unlike a regular series hybrid, this mild-hybrid setup assists with smoother acceleration and allows for a more seamless auto start/stop operation. It also helps a little with fuel economy as the BMW 540i is able to achieve up to an EPA-estimated 25 mpg in the city and 32 mpg on the highway. 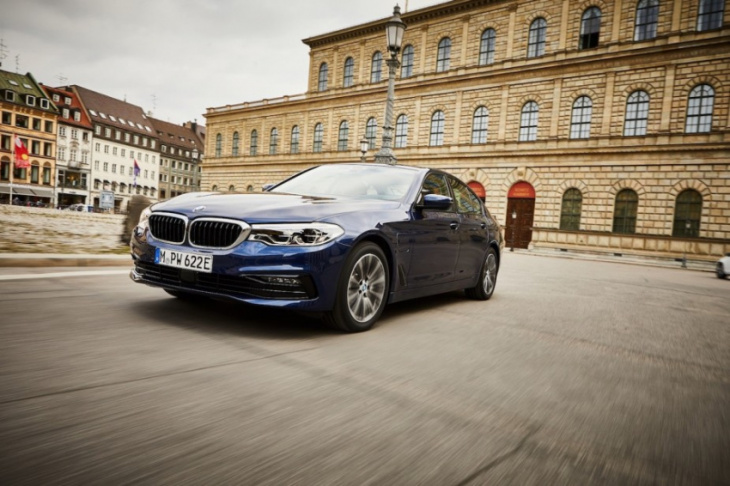 Buyers that want the most efficiency out of their BMW 5 Series can opt for the 530e. This version of the luxury mid-size sedan is powered by a plug-in hybrid system that’s paired with a turbocharged 2.0-liter, four-cylinder engine. The total power output is rated at 288, but its power isn’t the main story.

Since the BMW 530e is a plug-in hybrid, it’s able to drive up to 21 miles on full-electric power before switching to the hybrid system. After the all-electric range is depleted, the 530e can average up to 32 mpg, according to the EPA.

Which luxury sedan should you choose?

If you’re looking for a fuel-efficient luxury sedan that you don’t have to plug in, we suggest the 2022 Lexus ES Hybrid over the BMW. The ES Hybrid will easily return over 40 mpg every day of the week, while you would need to plug in the 530e to get the most efficiency out of it. Also, that efficiency mainly relies on the car’s electric-only, but without it, its fuel efficiency is only as good as its gas-powered version.

It will have brake-by-wire and all-wheel drive, too.

Sounds like an oxymoron doesn’t it? But this is more ‘virtual combustion powertrain’ than just a fake gear stick…


View more: Lexus in development of a manual transmission for electric cars