In 1936, Ford of Germany known as Ford Deutsches Erzeugnis produced this cabriolet with a body by Karosserie Gläser in Dresden. As such, this version was distinct from the Cabriolet produced by Ford in Detroit. The Model 68 chassis was produced at Ford’s own factory in Cologne, Germany. This used the flathead V8 engine but in detail the German car had numerous differences. For instance, our feature Gläser Cabriolet uses a Model 68 chassis number, but features the front panels from a 1935 Model 48. 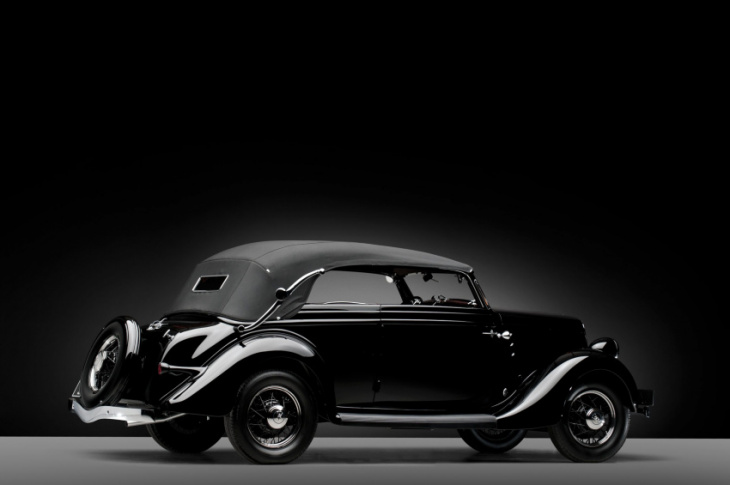 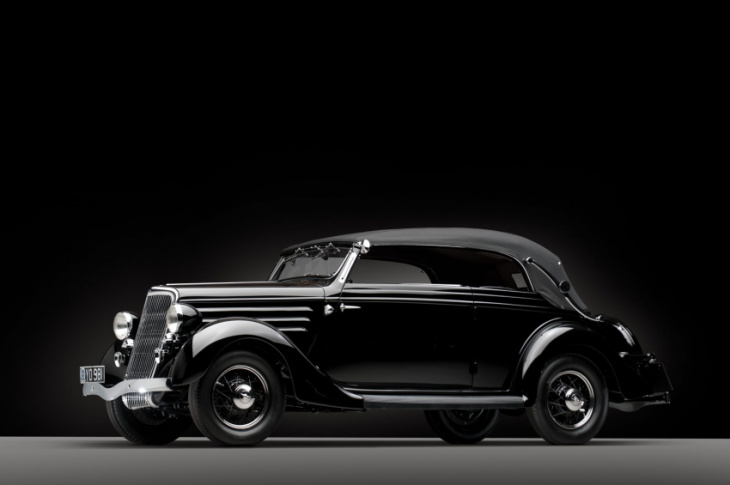