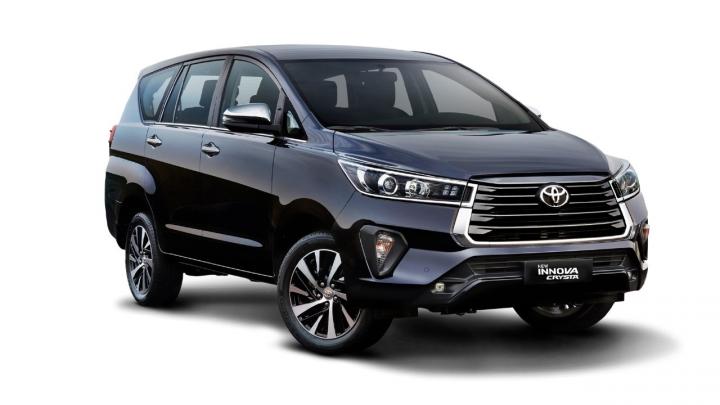 Toyota is evaluating a CNG option for the updated Innova. It could use the 2.7-litre, 4-cylinder petrol engine.

Toyota recently removed the Innova Crysta from its official website, leading to speculations that the model may have been discontinued. However, according to a media report, the popular MPV will be relaunched sometime next year.

Report suggest that the Innova Crysta will be back in a new avatar and might get a new name as well. Whether Toyota decides to take advantage of this opportunity and give the Innova a minor nip and tuck remains to be seen.

Toyota paused bookings for the Innova Crysta diesel in August this year. But with diesel accounting for over 50% of its sales, the diesel variants are expected to make a return next year.

Moreover, it is said that Toyota is also evaluating a CNG option for the updated Innova. It could use the 2.7-litre, 4-cylinder petrol engine.

The updated Innova will be sold alongside the recently showcased Innova Hycross. The latter is a different beast altogether and features a monocoque chassis with front-wheel drive and a petrol-hybrid powertrain.

Keyword: Toyota Innova Crysta to return in a new avatar; to get a CNG option