How would you spec your factory off-road(ish) 911? 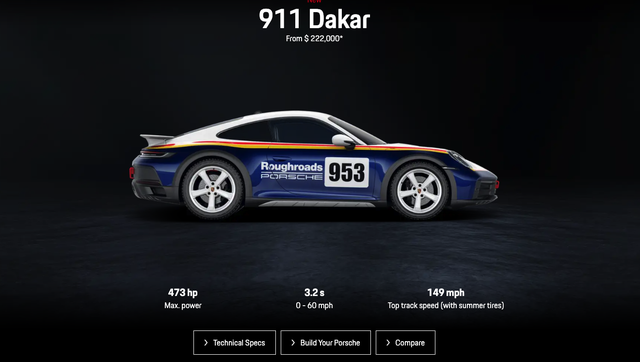 Hark! Porsche’s 911 Dakar configurator has just gone live. If you’re not familiar, click that link and select “Build Your Porsche” at the bottom of the screen to open their robust configurator, which allows one to build out the hypothetical 911 Dakar of their dreams. Paint, wheel colors, two-tone cloth seats. The options stack up so thick, you’ll need a machete to hack through all of them.

Of course, if you’re like us, you’re probably quite familiar with Porsche’s configurator. I open up the 911 GT3 Touring configurator about once weekly, then let out a big exasperated sigh as I select the manual transmission option ($0), the Python green paint option ($4220), and the Satin Neodyme painted wheels ($1290) for the thousandth time before clicking on the Estimate Monthly Payment tab. By liquidating my 401k for a heroic downpayment and picking up some monthly freelance work, I figure I could keep the bank at bay long enough to really enjoy the thing, then bail out when money runs short without losing a dime. The problem is, of course, finding a dealer willing to give out an allocation, then an institution willing to lend GT3 Touring money to an auto writer. 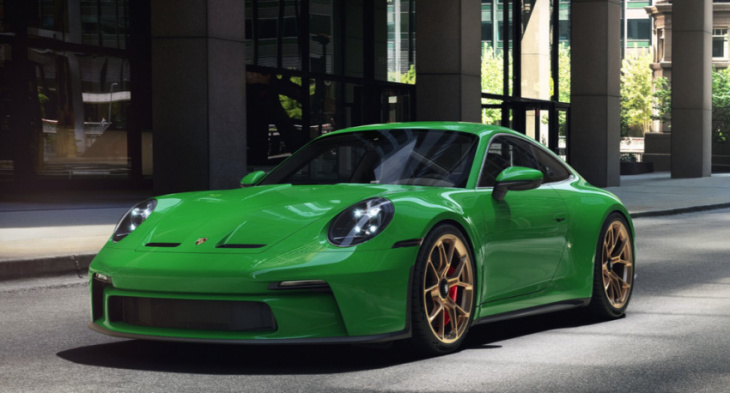 The GT3 Touring which visits my dreams (and my accountant’s nightmares).

From there, the crushing weight of financial reality narrows my sights and I tab over to the GT4 configurator. Racing yellow ($0), the Adaptive Sport Seats Plus ($2640), Heated Seats ($530), the steering wheel and shifter covered in leather ($0), and nothing else, thank you very much. If any Porsche dealers would care to offer me a GT3 or GT4 allocation, please reach out but do not cc my wife or the folks at Edward Jones. God bless you. 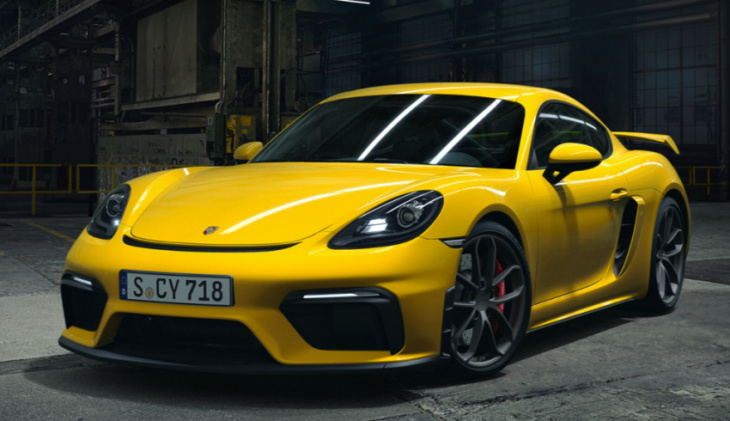 Wait, what were we talking about again? Ah, yes! The 911 Dakar config! The big choice here is apparent up front. Do you go with the Porschedork Rothmans(esque) spec on the paint? That iconic blue, yellow, red on white. Or do you underplay the whole off-road 911 thing for a more sensible aesthetic.

Even though we’re playing with Monopoly money here, I can’t bare selecting the Rallye Design Package in White/Gentian Blue, knowing that the $28,470 it tacks on to the 911 Dakar’s $223,450 MSRP could buy me something like… I dunno… a Ducati Panigale V4 and track days all over the U.S. Or a pair of Klipsch La Scalas for my livingroom and another pair for my garage, or even another entire car, like a beater Ford Maverick to park next to my 911 Dakar. 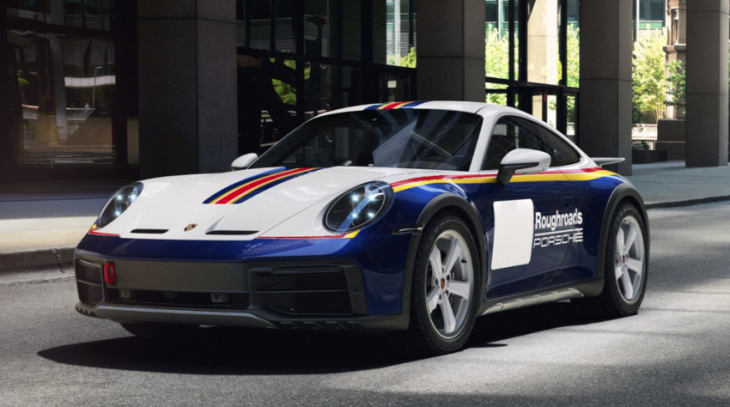 Sure, the Rallye package echoes the ’84 Paris-Dakar winning 3.2 Carrera, but at that price, you’ve got two-tone paint, some decals, and a few interior visual appointments. Not for me. Listen to a 911 Configurator Expert here; the move is to go stealth with this thing, so that when you’re rocketing up to the ski hill, past all the 4x4s on all seasons lining the ditches on either side of you, you’ll catch only the bemused mugs of truck-bro onlookers as you slip past in a four-wheel drift. Let the 911 Dakar’s all-wheel-drive system and extra ground clearance do the talking for you, rather than a flashy and obvious retro livery. 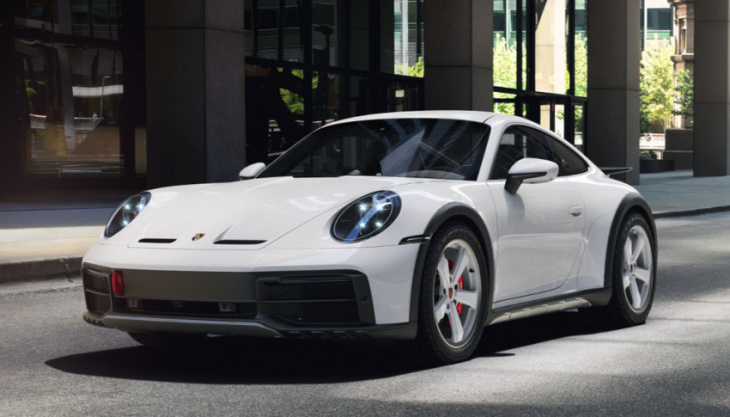 My spec? I’d opt for the standard White paint ($0) plus the wheels painted in white ($0). The full racing buckets come included in the Dakar’s base price, so there’s no need to spring for another set of the thrones. This exterior color scheme reminds me of pre-season rally test cars from WRC. In the mid-2000s, videos of my heroes would always leak out onto the internet forums, Loeb or Solberg testing in cars without a single sponsor decal to muddle the factory paint. In Porsche’s case, white would stand in for Subaru blue here, given how many of their factory racers have been rendered in the color. Plus when the thing is covered in mud and dirt and road grime, there’s no better color to show off the muck.

Show us how you’d spec a 911 Dakar in the comments. You can add photos and I’ll go through and make sure they’re approved. Or maybe show off the GT3 you’ve spec’d a million times. Anything to kill productivity.

Kyle Kinard The only member of staff to flip a grain truck on its roof, Kyle Kinard is R&T’s senior editor and resident malcontent.