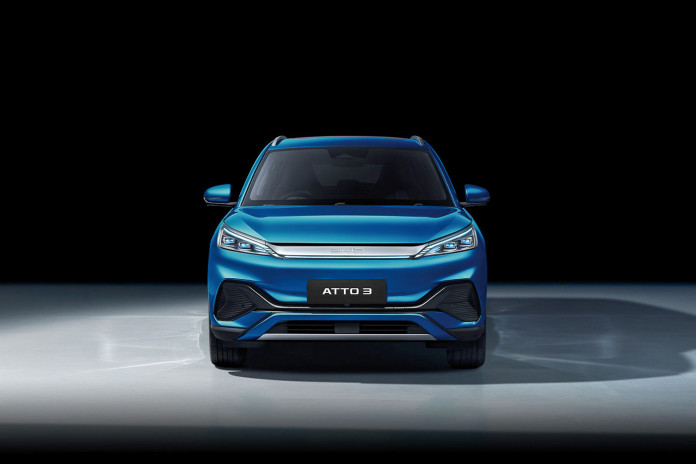 “Sime Darby Motors continues to grow our line-up of EVs via our partnerships with global brands. Besides BMW, other EVs in our portfolio include the Hyundai Ioniq 5, Hyundai Kona EV, Porsche Taycan and Volvo XC40, with many other models in the pipeline. EV sales remain encouraging and we continue to see an increase, with orders outstripping allocation,” the company’s spokesperson added.

The business publication reported that Sime Darby Motors will be bringing in 2,000 units of BYD’s EVs into Malaysia by the end of 2022, followed by 10,000 units in the following year, but the conglomerate’s automotive arm did not respond to these speculations.

With Sime Darby Motor already representing BYD in Singapore through their Vantage Automotive subsidiary, it won’t be too surprising to see BYD enter the Malaysian market via the same entity, given that they already have a working relationship.

BYD has been making significant headways in its expansion plans recently, particularly within the Southeast Asian region. Last week, the carmaker announced that it has purchased a new piece of land in Thailand, where it will construct a new EV factory acting as its production hub for the region.

The Warren Buffet-backed EV maker has also marked its entrance into Australia with the BYD Atto 3, with four other models scheduled for launch within two years. The company aims to achieve a monthly sales target of 9,000 units within the next 12 months.

The BYD Atto 3, which will also make its official debut in Thailand next month, is powered by a single electric motor, providing 204 hp and 310 Nm of torque to the front wheels. Two battery options are available; the Standard Range variant gets 50 kWh offering 345 km of range (WLTP test cycle), while the Extended Range gets a 60 kWh battery pack that’s rated for 420 km.

With a price of just under AUD45,000 (approx. RM138k), the BYD Atto 3 is the cheapest EV currently on sale in the country. Customer response has been positive in Australia, too, with the company reportedly already received over 4,500 orders thus far.

If – or rather when – the BYD Atto 3 makes its way into Malaysia, it could possibly undercut the Kia Kona EV as the cheapest electric vehicle on sale here, too. The latter starts from RM156,538, with duties exempted as part of the Malaysian government’s EV incentives.