Rivian R1S deliveries to non-employee customers, who have been waiting for so long to get their hands on this much-hyped all-electric SUV, are finally on their way.

The non-employee Rivian R1S has reportedly reached the garages of its first few owners. And as such, if you are one of those who pre-ordered the electric vehicle (EV), expect it to ship to you any time soon. 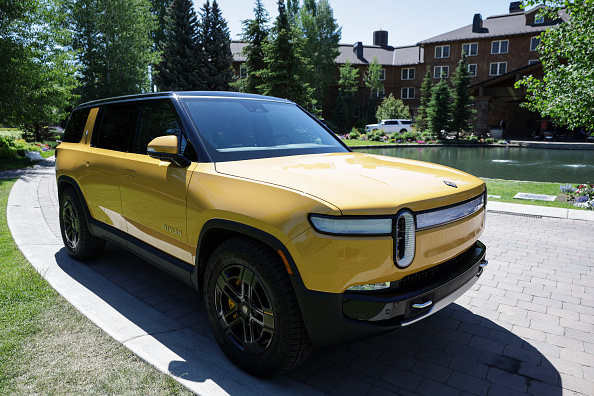 (Photo : Kevin Dietsch/Getty Images)
SUN VALLEY, IDAHO – JULY 08: A Rivian R1S SUV is parked outside the Allen & Company Sun Valley Conference on July 08, 2022 in Sun Valley, Idaho. The world’s most wealthy and powerful businesspeople from the media, finance, and technology will converge at the Sun Valley Resort this week for the exclusive conference.

As per the latest news by Inside EVs, the earliest deliveries of the R1S SUV reached the big bosses of the all-electric car maker, including its Chief Executive Office (CEO) RJ Scaringe, in December last year.

And after which, the employees who worked hard to make the electric SUV a reality got their hands on the first few R1S EVs to hit the roads.

Rivian initially announced that the customer deliveries for the all-new EV would start between March to April this year. But, of course, the raging supply issues have been messing up these timelines, and it does not spare the all-electric automaker.

Given the supply mess, the EV maker goes on to push its target schedule to August 2022. And true to its word, the automaker has started its deliveries just in the nick of time.

One of the members at the Rivian Forum, who goes by the username Fletch, has gotten his hands on the new EV. 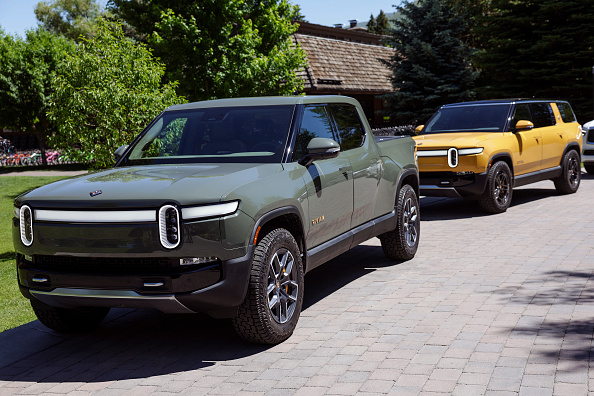 Fletch could not help but boast about the delivery of his new Rivian R1S to the forum. The member shared that “driving it is like being in a video game that got the physics wrong.”

According to a recent report by Electrek, no less than Kyle Shultz of Rivian Stories, a website focusing on owners and pre-order holders of the automaker, also got his R1S.

Shultz says he placed his order for the R1S way back in November 2018, wherein Rivian launched its new SUV. And to prove that his EV is now in his driveway, he posted a couple of photos flaunting the new all-electric car.

However, the online media outlet notes that Shultz may not be an employee of the EV maker, but he is still a prominent figure in the community. That said, the early delivery of the R1S could likely be some sort of VIP treatment, Electrek offers.

But on top of that, the news website highlights that non-employee customers have begun posting about their newly delivered SUV.

So it looks like the R1S deliveries for non-Rivian employee folks are ongoing.

Keyword: Rivian R1S Deliveries to Non-Employee Customers are Reportedly on Their Way

Californian electric vehicle start-up Rivian has signed a deal with none other than automotive behemoth, Mercedes-Benz Vans, that will see the two partner up and create a range of Mercedes and Rivian-branded large electric vans. Officially, the two have signed a Memorandum of Understanding that lays out the bedrock for ...

American EV automaker Rivian is rolling out a new all-electric fleet of mobile service vehicles to support the growing number of R1T pickups and R1S SUVs hitting roads around the US. In addition to the images we’ve captured below, you’ll see a video posted by CEO RJ Scaringe, showing ...

The Rivian R1T appears to be a compelling EV in nearly every way, but is it practical to own?


View more: Rivian R1T Electric Truck: How Does It Compare To Owning A Tesla?

The EPA says the R1T is more efficient and has more range than the Ford F-150 Lightning.

Want a Rivian R1T Explore? You’ll Have to Explore Other Options