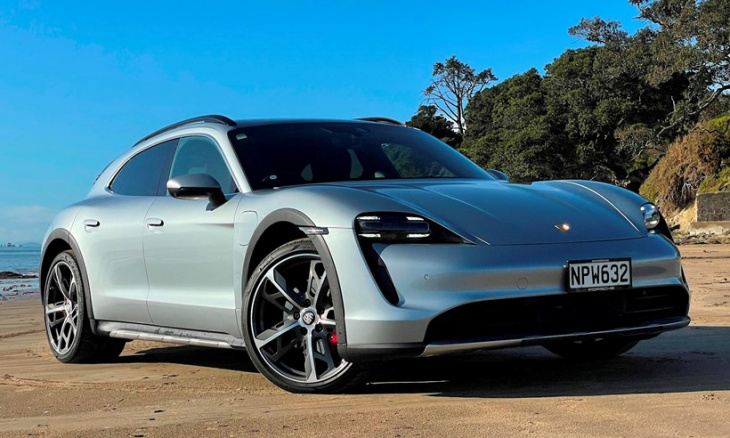 The Porsche comes as a sports sedan, Cross Turismo pseudo-SUV and most recently, the Sport Turismo station wagon (at least in some markets, not for New Zealand just yet). It also brings a wide-ranging choice of powertrains and two different battery sizes. But the Audi is available solely as a low-slung, hard-charging performance machine. 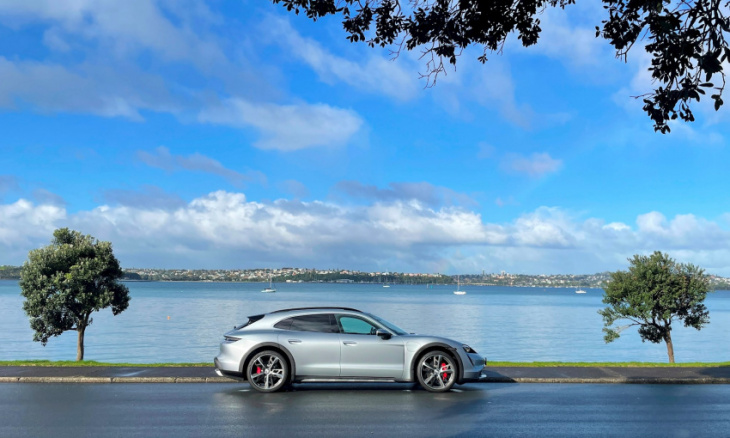 Shouldn’t that be the other way around, when Porsche is the sporty specialist and Audi aims for much broader appeal? Maybe, maybe not.

You could argue Porsche took the lead in platform development, so it gets dibs on all the niche stuff. More likely, it simply makes more sense for Porsche to get maximum value out of the one model because Audi has many more BEVs on the boil to fill all those other gaps in the market, under the wider e-tron brand.

The differences between sedan and Cross Turismo aren’t huge, although the SUV certainly has a different long-roof look. It’s 20mm higher overall and the rear occupants will thank you, because they get an extra 47mm headroom. Footspace under the front seats is still a bit tight though, even with the “foot garage” cutout in the battery pack below. 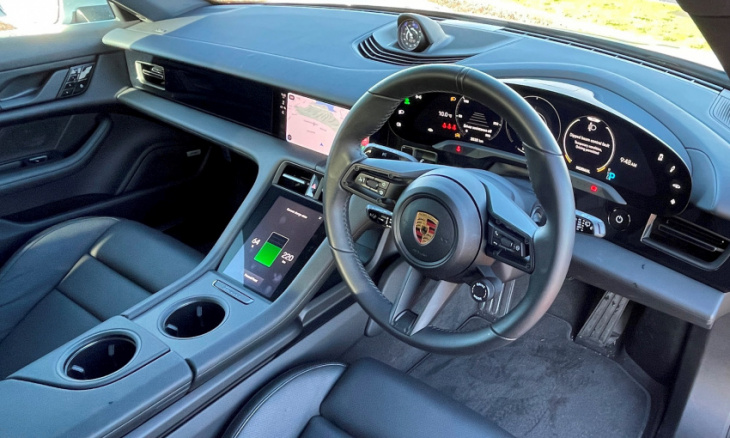 The luggage space is modest for an SUV, but in another league from the sedan: a minimum of 446 litres or up to 1200 litres via a long-but-narrow loadspace, versus 366l for the four-door.

You get the picture: the Cross Turismo is still a specialised performance machine, despite the SUV look. After all, this is an off-tarmac vehicle that still has a front axle lifter (it raises up to 30mm) to help you get the nose over driveways. But boy, does this Cross look cool.

The Taycan remains a standout in the BEV sphere by combining dramatic performance  with genuinely engaging dynamic character. Most BEVs are single-speed, but the Taycan has a two-speed transmission on the rear axle that not only broadens the performance, it also adds a lot more personality to the powertrain. You even get a properly blippy downshift under brakes. 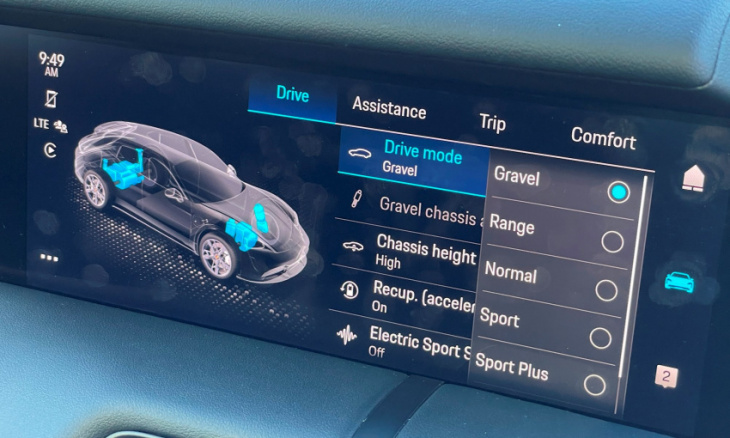 The handling is different to the sedan, due to that extra ride height and an extra 100kg of kerb weight. But that doesn’t make the Cross Turismo an inferior dynamic package – just a different one. The chassis is slightly softer but also telegraphs changes more delicately, and you get a better ride.

You certainly can’t dismiss the Cross Turismo’s off-tarmac abilities. The lightning-quick response of the electronic AWD system makes the Taycan a monster on gravel, for example. Speaking of which, the Cross Turismo has an extra drive mode called… Gravel, raising it up another 10mm, or 30mm taller than the sedan. It also adjusts the throttle characteristics and stability control for the slippery stuff.

With the air suspension at full height, maximum ground clearance for a Taycan Cross Turismo is 176mm. Still not as much as a Subaru Outback, but not bad at all for playing in the dirt. 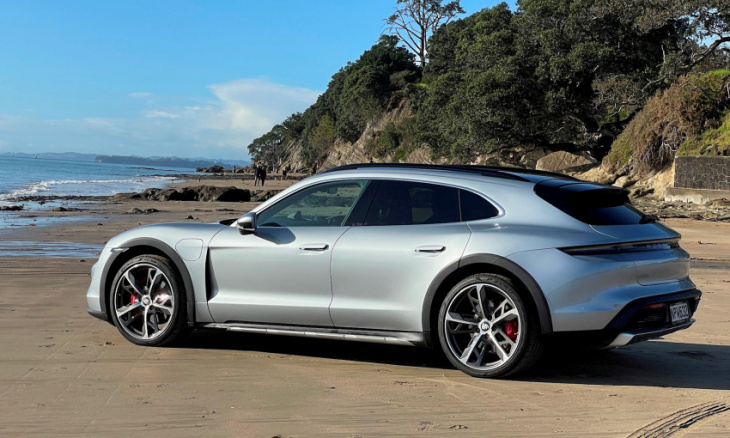 If you want to go further, there’s an optional Off-Road Design package that adds little spats on the wheelarches to protect from stone chips and fixes the suspension at Gravel-mode ride height for normal driving; although it can’t ultimately rise any higher than the standard Cross Turismo.

It’s nice to have choice, right? The Cross Turismo is slightly less focused as a driver’s car than the sedan, but still more accomplished as a performance machine than most other cars on the road (let alone SUVs). It looks sensational, it’s a joy to drive and it’s still brutally fast when you want it to be. Like we said, it doesn’t play second fiedelin to the sedan at all; it’s just different.

And of course it won’t be the only Porsche SUV-BEV for long. There are new models on the way, including the next-generation Macan. That’ll put more context around the Taycan Cross Turismo’s performance focus, although it might mean we have that argument about Audi all over again.