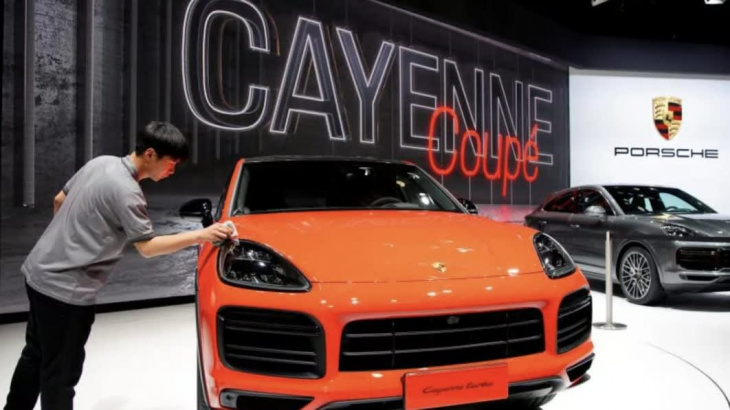 Porsche is set to go public later this month at a valuation of up to $75.1 billion in what could be Europe’s third-biggest IPO ever and its largest in more than a decade.

The public debut of the luxury car maker is being facilitated by its parent company, Volkswagen, which is set to receive nearly $10 billion in proceeds from the IPO after it sells some of its stake.

The German auto giant, the world’s second-largest car company by volume, plans to use the proceeds to fund its ambitious electric vehicle ambitions. The company could also use some of the IPO proceeds to pay a special dividend to its investors in early 2023, according to Reuters.

Porsche had initially been targeting a valuation of up to $85 billion, but has since lowered its targeted valuation range to between $70.1 billion to $75.1 billion.

Porsche’s public debut will help break an ongoing drought in the IPO market, which has been devastated by a rolling bear market in stocks amid concerns of high inflation, soaring energy prices, and a potential economic recession.

The US IPO market has suffered one of its longest stretches of minimal debuts since the unraveling of the dot-com bubble about 20 years ago. But it’s the same story globally. According to data from Bloomberg, the global IPO market has raised just $80.5 billion, spread out over 1,617 deals so far in 2022.

That’s in stark comparison to 2021’s global IPO market, which raised more than $700 billion across more than 4,000 deals.

Despite the overhang in capital markets, Porsche’s confidence to go public is bolstered by a commitment from several investors to buy a large tranche of shares. A combination of the Qatar Investment Authority, T. Rowe Price, and Norway’s sovereign wealth fund will purchase nearly 40% of the share offering.

And the potential positive investor reception towards Porsche’s upcoming share offering could send a signal to investors that the IPO drought is nearing its end. But that will also be influenced by the Federal Reserve’s upcoming rate hike decision as it continues to tighten policy, harming risk assets and denting investor sentiment.