We report on new research into head injuries caused by e-scooter falls, and what could be done to prevent them…

New research conducted by Imperial College London has highlighted the risks of head injuries from e-scooter falls – and the need for further work to develop safety tests for helmets specifically for e-scooter riders.

At present, e-scooters can only be used legally on public roads in the UK as part of Government-approved rental trials. The Government is currently considering whether to legalise e-scooters, which could lead to the creation of a new vehicle class for them.

As with cycling, it is not compulsory to wear a helmet while using a legal e-scooter, but research suggests that only around 4% of e-scooter riders currently wear helmets, compared with 50% of cyclists.

Dr Mazdak Ghajari from Imperial’s Dyson School of Design engineering led a study that simulated e-scooter accidents for riders of a variety of sizes and at varying speed. They simulated 185 falls on three digital human body models: a 50kg, 1.5-metre tall female, a 76kg, 1.7m male and a 101kg, 1.9m male. The simulations featured an unhelmeted rider of an e-scooter with 10in wheels, travelling at five different speeds across 12 different sizes of pothole. 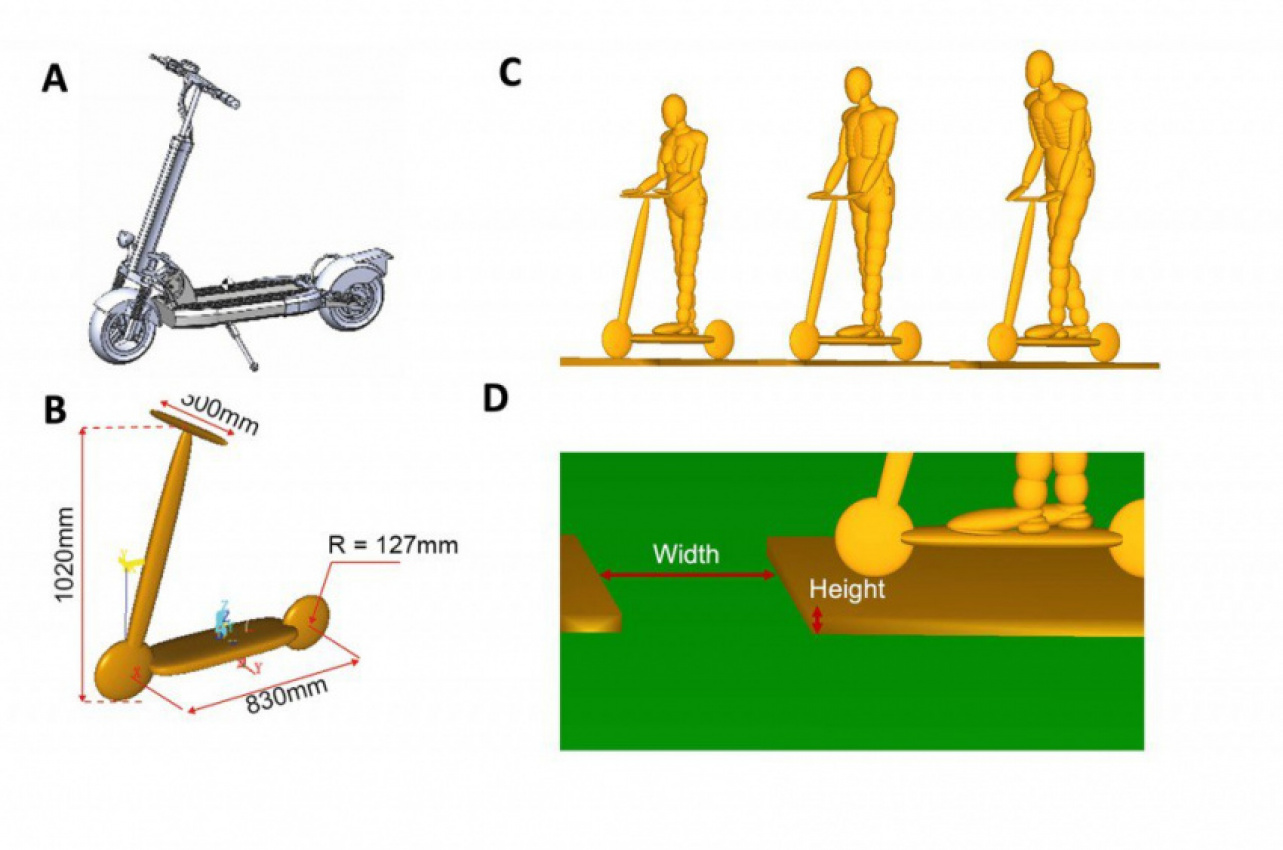 The study found that even at lower speeds, the speed of impact between a riders’ heads and the ground in a fall was comparable to a similar incident for a bicycle rider. While reducing speed from 8.3 to 5.5mph led to a reduction in impact speed of 14% and impact force of 12%, falls at all speeds reached the threshold to potentially cause a skull fracture.

While the speeds were similar to falls from bicycles, the key difference was the angle the head was at at the point of impact with the ground, which Imperial says highlights the need for e-scooter specific helmet testing methods. In total, 56% of the impacts were to the forehead and skull, with 44% to the face. That, Imperial says, indicated that while bike helmets could help prevent a ‘slight majority’ of head and brain injuries, they could not protect against facial injuries.

Noting that bike and motorbike helmets are extensively researched and regulated, Dr Ghajari said: “Unlike bicycle and motorbike helmets, we don’t yet have a gold standard for e-scooter helmets. Our research highlights the need for developing methods that are specifically designed to test helmets under impacts sustained by e-scooter riders, accounting for the angle of the head and likelihood of head and face injuries.”

Potholes were also identified as a key risk for e-scooter users. While potholes of 3cm depth caused no falls in simulations, potholes between 6 and 9cm deep caused falls in 75% of all simulations. The study suggested that those depths would be reduced for scooters with a smaller wheel size, highlighting the need for local authorities to better manage potholes if e-scooters are legalised. 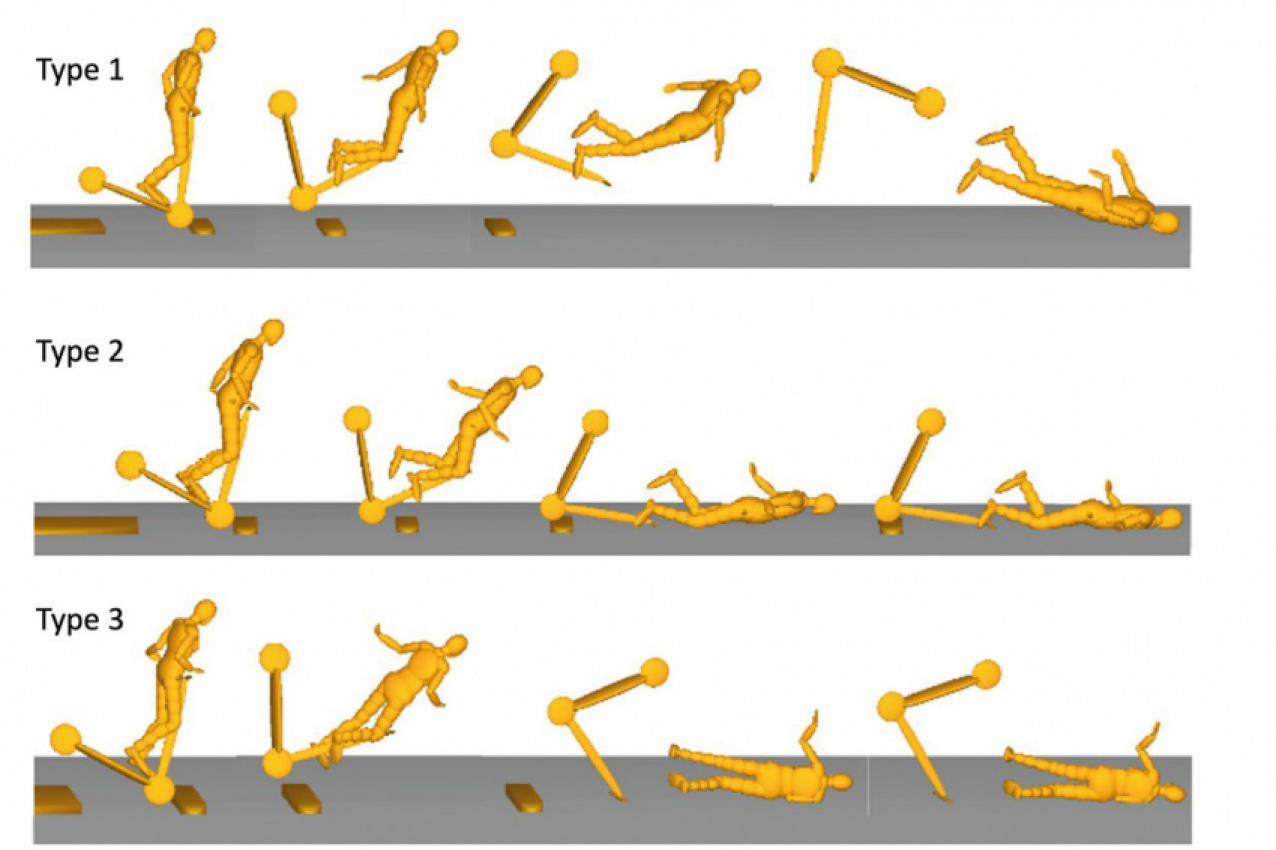 Imperial did highlight some limitations from the study, noting that its computational model did not account for measures taken by riders to protect themselves during a fall, for example by putting their arms out. Imperial said this highlighted the need for more research and real-world data to be gathered, both on the biomechanics of falls and the impact on the head and brain.

Dr Ghajari added: “Our findings could add to the evidence governments need to make astute decisions on e-scooter safety, which we hope will reduce the likelihood of head, brain, and facial injuries.”

Co-author Claire Baker, a PhD researcher at the Dyson School of Design Engineering, added: “Our findings highlight the head injury risks of riding e-scooters and uncover a knowledge gap in how to design e-scooters and helmets to prevent falls and severe injury.

“We hope the results can also help define representative impact test conditions for assessing the performance of helmets used by e-scooter riders to reduce head and brain injuries from e-scooter falls.”

Are e-scooters legal in the UK?