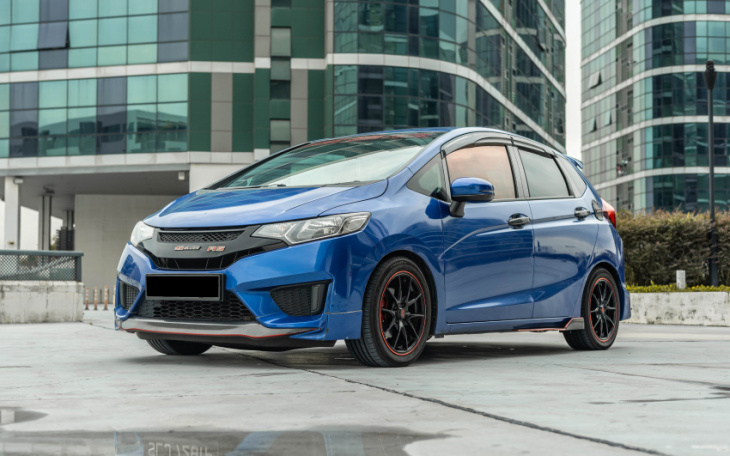 While the Jazz might not be the “jazziest” model that Honda produces, it has still proven to be extremely popular not just in Singapore, but in global markets too.

First launched in 2001, and now well into its fourth generation, the Honda Jazz (or the Fit, as it is also known if brought in by parallel importers) is the bread and butter of Honda’s lineup, with global sales figures totalling over 2.8 million units in 2019.

Although classified as a subcompact car, this didn’t mean that the Jazz was less capable than its classification suggested. Horsepower wasn’t a consideration here. Honda knew its target demographic with the Jazz and created a car that would best suit the needs of these customers.

This is a third generation Honda Jazz from the 2016 model year. It was available with several engine choices, ranging from a 1.2-litre, 1.3-litre, 1.5-litre four-cylinder engine and a 1.5-litre four-cylinder hybrid. Transmission options were either a five or six-speed manual or a CVT. The hybrid variant was the only one fitted with a dual-clutch automatic transmission.

Like most, if not all Jazz units imported into Singapore, this particular unit has a CVT, which sends the 97 bhp and 119 Nm of torque produced by the naturally aspirated 1.3-litre four-cylinder engine to the front wheels. Weighing just 1,040 kilograms. the century sprint was accomplished in 12.9 seconds, and up to a top speed of 175 km/h. 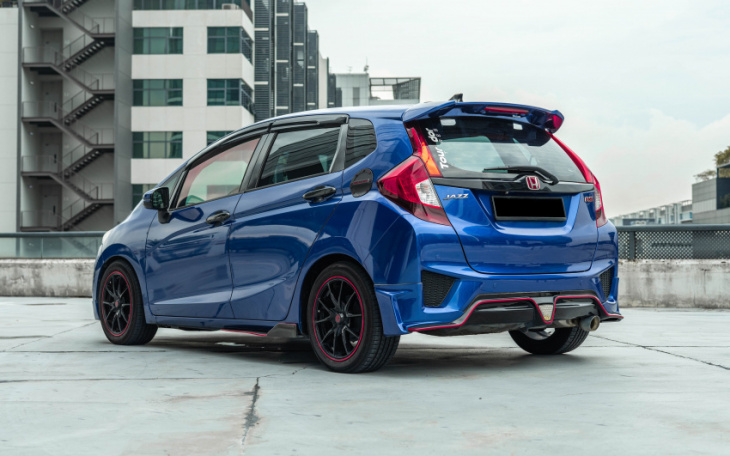 We know, this unit being a 1.3-litre, is already down on power compared to the 128 bhp 1.5-litre variant. But the Jazz was never built to go fast. It was built to be a practical car for people who live in cities, with its small size and good all-round visibility making it easy to manoeuvre and park, while simultaneously being able to transport five people around in relative comfort.

Is it any good on the wallet?

Being a Honda, it already enjoys a pretty solid reputation for reliability, plus the Jazz has also been known to be a reliable workhorse, so there isn’t much to worry about. Still, no car is perfect, and there are some known issues about the Jazz. 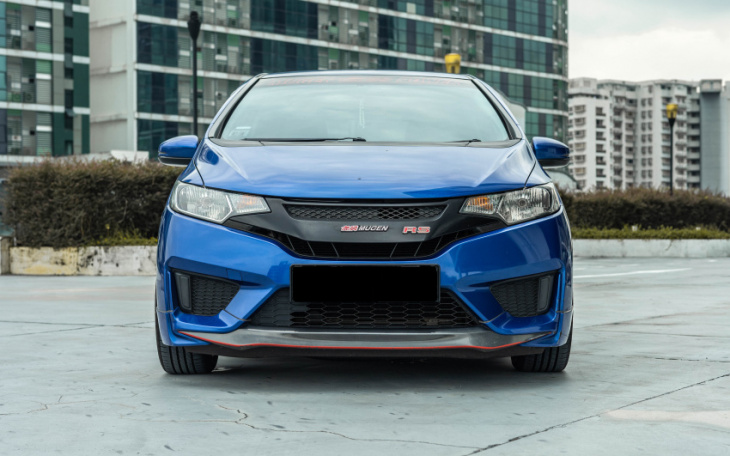 The factory brake pads on the Jazz are known to wear down more quickly than usual, resulting in reduced braking performance, which given Singapore’s weather, can be a problem. It is advised to replace the factory brake pads if they are still in use, and to fit a set of aftermarket pads, perhaps a low dust pad, which could make cleaning your wheels easier.

The window control units are known to give problems too, as they may appear hesitant or slow to respond, which in turn could cause the window to go back to its closed position rather slowly. 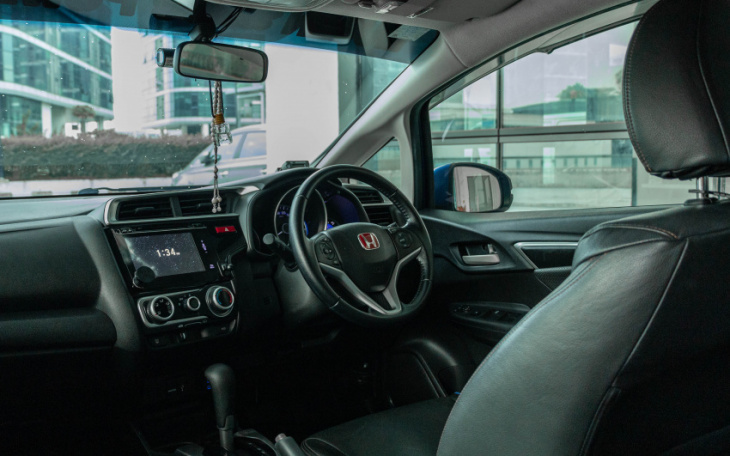 The exhaust system is known to have blockages building up over time, most likely due to excessive carbon buildup. This problem is most prevalent in cars that drive predominantly in city traffic (which is basically Singapore), and will result in jerkiness when driving as airflow in the engine is restricted. The problem can be solved either by cleaning out the carbon build-up with walnut blasting, or if the problem is too severe, replacing the affected part. 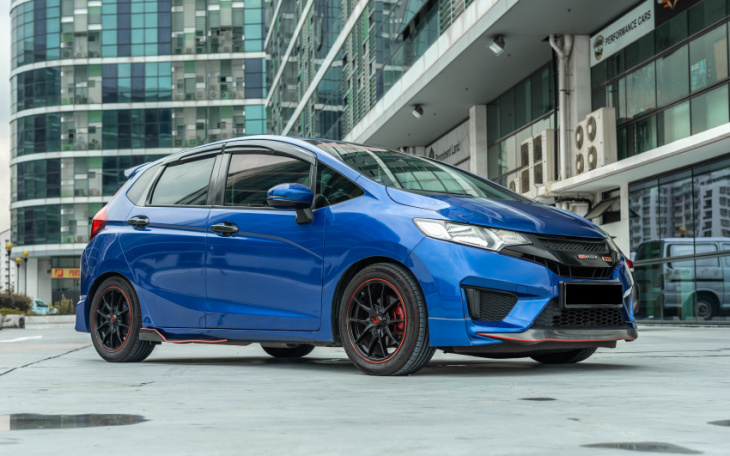 As for fuel consumption, this is one area the Jazz excels at. With a 1.3-litre engine, it basically sips fuel. While its tank might only have a 40 litre capacity, owners have reported an average fuel economy figure of 17km/l, and that’s from mixed driving. With those figures, it is not unrealistic to expect a range of at least 650 km on a full tank.

Is it comfortable inside?

While it can fit five people, it’s best that only four people ride in the Jazz at any time for maximum comfort. Even so, given its small size and short wheelbase, Honda did a fantastic engineering job at making sure there is ample legroom for all passengers. 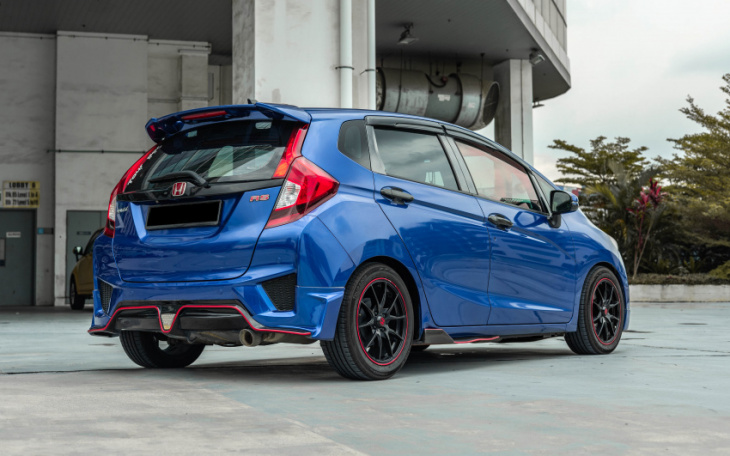 Even if you are 1.8 metres tall, you should fit in the front or back without any issues for legroom or head room, as the taller, slightly bulbous proportions of the Jazz allows even taller passengers to be comfortable. The rear middle seat, while bearable, is best suited for short journeys, or more petite individuals, as it is both raised and narrow.

Being a basic model, one shouldn’t expect too much standard equipment. Coming from the local authorised dealer, this Jazz has the official Honda infotainment system installed. While not the most intuitive, the touchscreen system is still relatively simple to operate, but only comes with Bluetooth connectivity, no Android Auto or Apple CarPlay here. 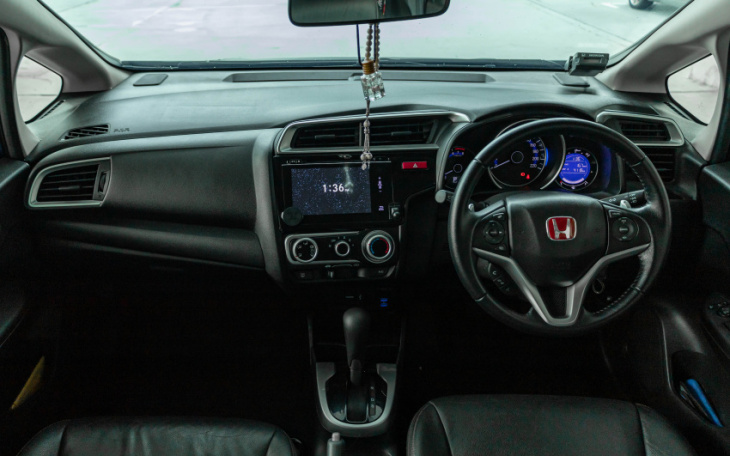 The speedometer and tachometer are easy-to-read analogue units, with a small digital screen on the right for fuel gauge, current fuel consumption, trip computer and odometer. Carrying on the theme for simplicity are the front seats, with complete manual adjustment, but also one less thing to go wrong.

The interior is simple, predominantly being black plastic for the dashboard and door panels, and black vinyl for the seats and steering wheel. The interior, some might call it boring, but it is functional and spacious, with sufficient storage spaces for random knick-knacks and drinks.  Same goes for the HVAC system, just three simple knobs to control the temperature, air flow and fan speed, coupled with strong, cold air as expected from a Honda.

Can it carry a lot of cargo?

With a 354 litre boot, it’s not the biggest. But given the Jazz’s small size, it’s not entirely surprising, is it? However, the boot is fairly deep, and if you are good at Tetris, you can actually pack quite a fair bit of luggage, soft bags or groceries into the boot. 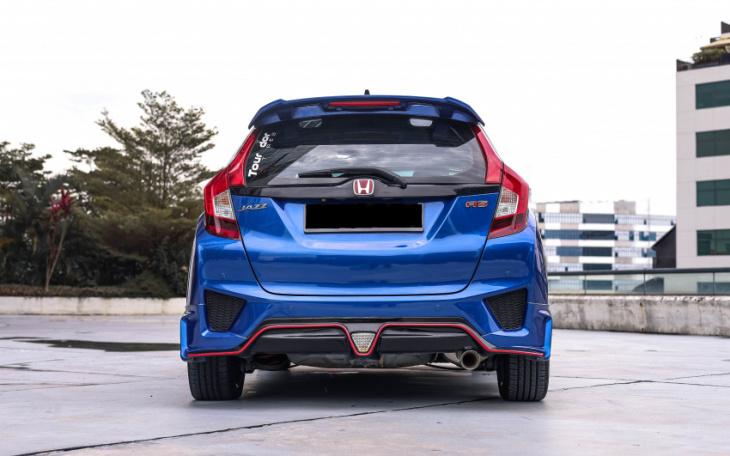 Not only can the second row fold flat, the seat cushions can also fold upwards. Honda calls this “Magic Seats”, and this allows you to use the second row to transport taller items, like tall potted plants, furniture, even a bicycle if it fits. It is an extremely useful feature and is unique only to Honda. And yes, there is a spare tyre. 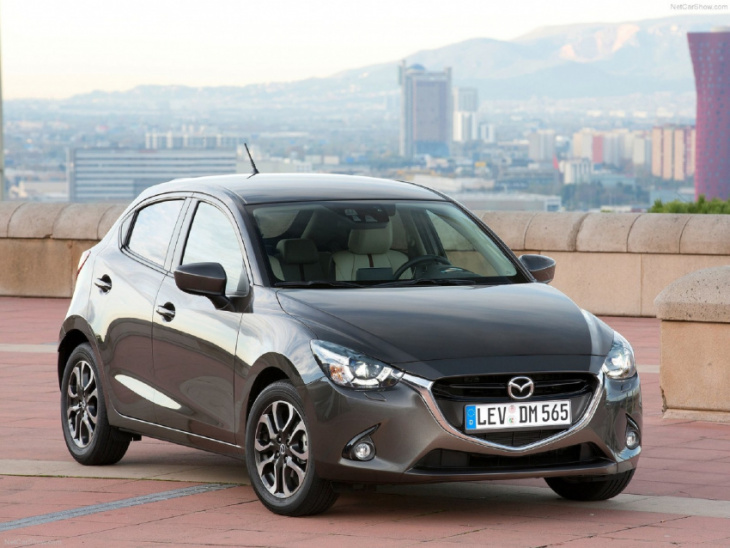 If there was a car that could be almost similar to the Honda Jazz, that would be the Mazda 2. Interior space and boot space are slightly smaller than the Jazz, but only by a little bit. It only came with a 1.5-litre engine producing 114 bhp, but it has an extremely responsive chassis that makes it extremely fun to drive while still being quite comfortable to ride in. 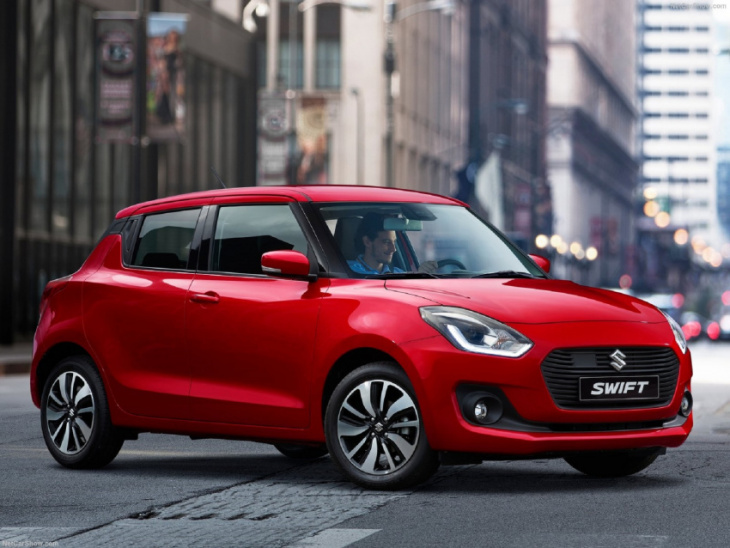 The Honda Jazz is not an exciting car. Far from it, in fact. What it is, is a sensible car. A car that is perfect for a family of four, or a young couple. It is priced affordably, even on the secondhand market, has excellent fuel economy, is easy to drive, easy to work on, and spare parts are easy to find. If you should be so inclined, aftermarket support is fairly decent too, should you wish to modify your car. 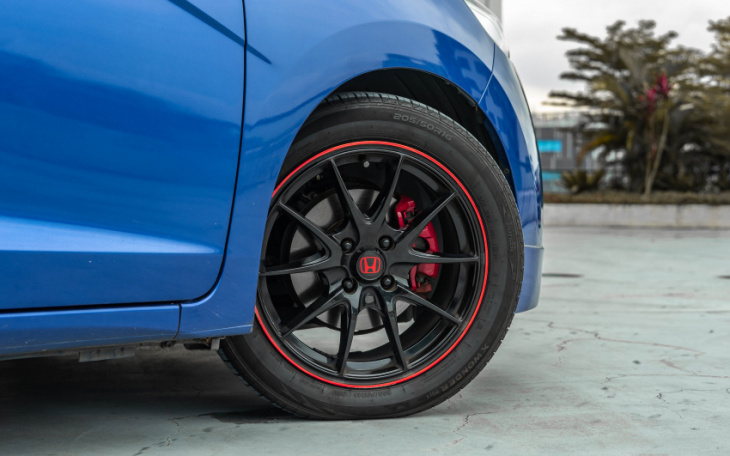 There is a reason why the Jazz continues to sell so well, and is already well into its fourth generation. It has constantly met the needs of its target demographic, and has continually done so at an affordable price while still providing some of the best practicality in its class. The looks of the fourth generation are quite a departure from previous models, but its core focus has never changed, just like how the Jazz has always been.

If you are keen on getting a Honda Jazz as your next car, or any other used car for that matter, do take a look at our used car selection here for some of the best deals!