Always distinctive, the Mercedes-Benz grille has been through numerous changes throughout its 122-year evolution. The very first grille built by Benz served as an engine-cooling radiator. Today, Mercedes-Benz ornamental grille options range from Classic to Avantgarde. Will the grille change again when Benz debuts their electric car?

A brief history of Mercedes-Benz 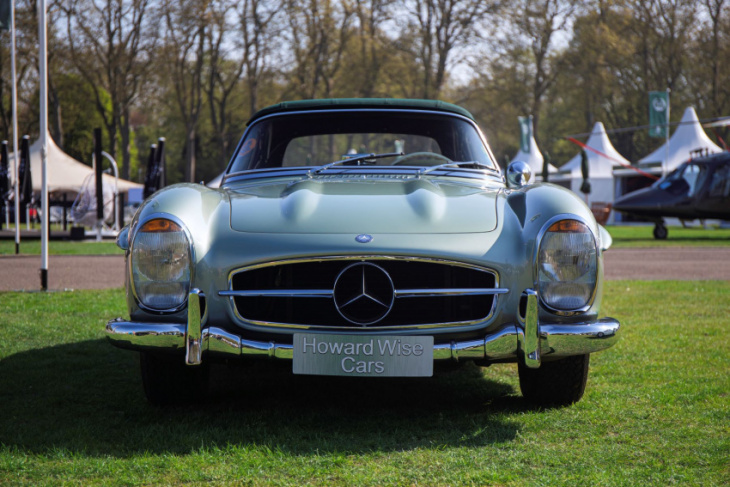 It may surprise some, but American carmaker Henry Ford did not produce the first internal combustion automobile. According to duPont Registry, credit for that transformative event rightfully goes to Karl Benz.

Guinness Book of World Records says the three-wheel Motorwagen built by Benz in 1885 was the world’s first successful petrol-driven car. Patented in January 1886, the single-cylinder, 560-pound vehicle could attain a speed of 10 mph.

Shortly after Benz patented his groundbreaking motorcar, Gottlieb Daimler founded his own car company, Daimler-Motoren-Gesellschaft. According to Business Ideas Lab, controlling stockholder Emil Jellinek commissioned DMG to build him a custom car in 1901, one year after Daimler died.

Impressed with the results, the prosperous fast-car devotee promptly christened the vehicle in honor of his daughter. Jellinek simultaneously trademarked the name Mercedes. Throughout WWI, Mercedes and Benz operated as separate companies. In 1924, the companies agreed to protect their mutual interests until 2000. In 1926, the companies opted to merge, and the Mercedes-Benz brand was born, explains Cleverism. Five years later, the first Mercedes-Benz with a grille rolled off the line.

It all started with the first Mercedes-Benz grille

Devised by engineer Wilhelm Maybach, the honeycomb design radiator mounted on the front of the 1900 Mercedes 35 PS solved overheating issues with several thousand small square pipes soldered together and integrated with a rectangular water reservoir tank. A fan mounted behind the radiator maintained cooling while the engine idled or ran at slow speeds. The new honeycomb radiator design required half the water of previous radiators.

In the 1950s, the 190 SL roadster and 300 SL Gullwing models revealed the now-iconic standalone “sports car face” grille with its horizontal slats. Over the years, the chromed Mercedes-Benz grille gradually widened and flattened along with the evolving shape and face of the prestigious automobile, explains Mercedes-Benz Worldwide.

Since 2007, Mercedes-Benz has given 204-Series C-Class buyers their choice of grille with form, fins, and function dependent on the particular trim package purchased. C-Class cars can be ordered with the classic Mercedes star on the bonnet or an MB star situated in the center portion of the grille. Despite slight differences in appearance, the grilles are still there to protect a water-filled radiator that keeps the engine from overheating. Electric vehicles (EVs) don’t require a radiator, so there’s a good chance the famous MB grille will change again with future EVs.

What will happen to the grille when Mercedes-Benz goes electric?

Battery-driven cars don’t need a radiator to keep cool, but that doesn’t mean Mercedes will do away with the grille. Poised to be called the EQ series, electric MB models will feature a Black Panel face with a stylized star that will provide cover for modern tech features, including radar, cameras, and a Lidar scanner, says HypeBeast.

“The Black Panel grille on our EQ models sets a milestone in this respect and shows how Mercedes-Benz is carrying the design of its radiator grille into the all-electric future.”

Keyword: Mercedes-Benz: The Evolution of the Grille