At the 2022 League of Legends World Championship, Mercedes-Benz has just unveiled its virtual concept car. The event is going on now at Arena Esports Stadium at Artz Pedregal in Mexico City. While not intended for production, we can all hope it will. However, the general form and features could be. But things like the transparent tires and a few design liberties couldn’t.

Could Mercedes really produce this concept?

Paint technology already allows designers to configure it to light up. So even the blue linings are possible. But it wouldn’t be necessary to be on a production vehicle. League of Legends gamers and car enthusiasts alike got the first glimpse of the wild coupe. You can also see it driving on the Golden Gate Bridge in the League of Legends Worlds Anthem. That is the official soundtrack for the event, sung by Lil Nas X.

Mercedes-Benz worked in conjunction with the League of Legends game developer Riot Games to come up with the digital design. The company also announced that the virtual concept coupe is just one of three surprises it’s unveiling at the World Championship.

Mercedes-Benz has two other announcements besides the virtual concept

Mercedes-Benz will also show design elements cribbed from the League of Legends that are used in the digital display of the EQS MBUX infotainment system. You can see that at the final World of Champions in San Francisco starting November 3. The third is the all-electric SUV that delivers the Summoner’s Cup to locations of other tournaments in 2023. 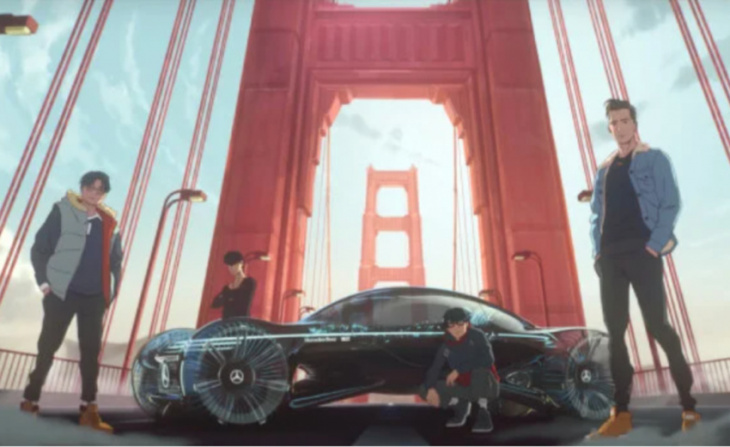 The design itself features a very fluid theme with an emphasis on the large wheels. They have been pulled out to the extreme corners of the form. And the organic body slims between the wheel centerlines, to visually lighten the form and add further emphasis to the wheels. The entire body bulges out to envelop the wheels. Additionally, without front and rear overhangs and lifted underbody, we can see this used in off-road applications.

With realistic tires and wheels, and reasonably larger A-, B-, and C-pillars, the virtual design becomes a realistic vehicle. It can definitely be an inspiration for a pretty wild EV. We hope Mercedes-Benz explores further.

How does this concept car help Mercedes-Benz and Riot Games? 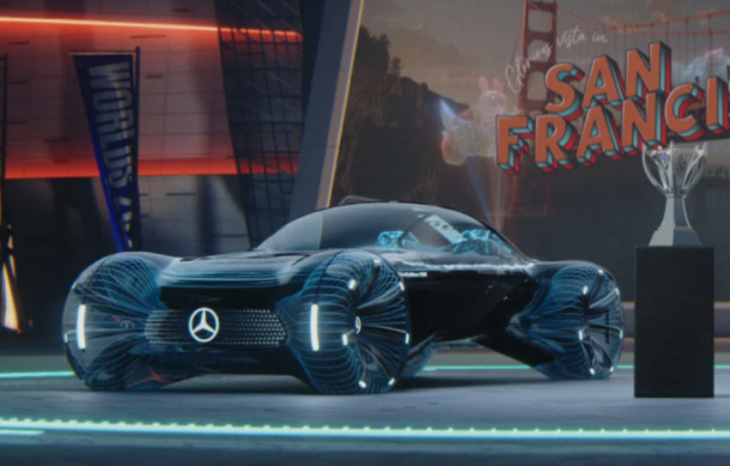 According to Mercedes, the design process for a virtual game vehicle combines automotive design and animation. Because these vehicles are virtual-based, Mercedes can “push boundaries and give our creativity the space for the unexpected. The result is something unique, the first all-virtual show cars from Mercedes-Benz.”

Naz Aletaha, Riot Games Global Head of League of Legends Esports, said that the combined result gives Mercedes-Benz an opportunity to celebrate its sports car prowess, and Riot Games’ game and competition strengths. And it reinforces both companies’ immersive experiences for gaming fans and car enthusiasts.

The reveal is on December 6.