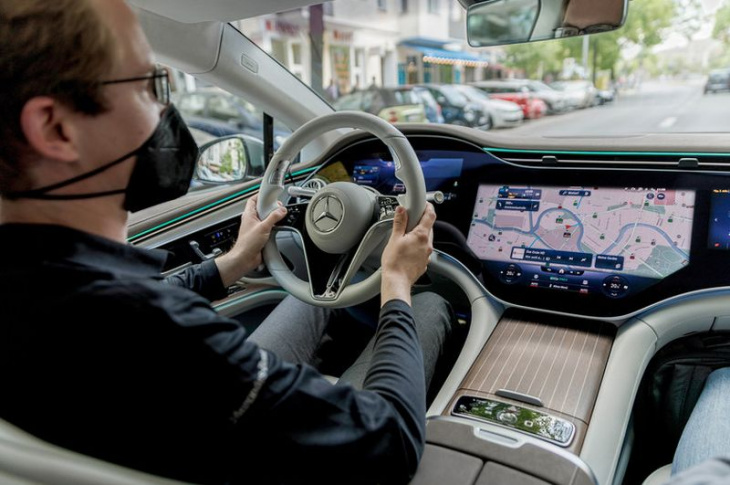 STUTTGART: Mercedes-Benz is facing a backlash from fans and industry media after it emerged that owners will need to pay a US$1,200 (RM5,394) yearly subscription fee in order to get full power from their EQ electric car.

The luxury manufacturer is promising “enhanced performance” for anyone paying for the “acceleration increase” subscription service, available for all EQ models.

While the purchase of virtual features – or microtransactions – is increasingly common in software like games and smartphone apps, car manufacturers only now appear to be exploring the potential of charging extra for built-in features that are locked behind paywalls.

“Microtransactions have come to destroy everything we enjoy,” YouTube’s most-followed tech reviewer Marques Brownlee wrote on Twitter, responding to news of the paywall.

Mercedes says the the US$1,200 brings an acceleration boost from 0 to 100 kph of between 0.8 and 1.0 seconds along with adjustment of motor characteristics such as torque and maximum output.

The paywalled feature boosts the power of Mercedes-EQ EQE 350 4MATIC up from 215 kW to 260 kW, with the 0-100kph time changing from 6.0 seconds to 5.1 seconds. Further promised performance improvements for each model are listed on the US online store.

Mercedes only says the feature is “coming soon” and does not say when it can be bought or activated and whether it requires an over-the-air software update or something a dealer will need to handle.

The Mercedes development comes a few months after BMW was criticised for paywalling certain built-in features such as heated seats. BMW North America faced so much public criticism that it even released a statement defending the subscription option.

“These sorts of subscription services just feel like gross and dishonest ways for brands to squeeze even more money out of their customers,” Nico Demattia wrote for motoring website The Drive.

“Of course, charging consumers monthly or yearly subscription fees for content that is otherwise standard can tick people off, as BMW learned the hard way with its Apple CarPlay snafu,” wrote Eric Stafford in the US car magazine Car and Driver.

BMW had to sell new cars without Apple CarPlay and Android Auto functions for a while because the company changed its chip supplier.

Chip-tuning is common for combustion-engined car, with devices that alter the engine’s electrics to release more power. Such modifications are carried out at specialist workshops.

Almost all regular cars have a performance reserve but manufacturers generally impose limits to enhance engine longevity and boost safety.