How Lamborghini is saving the V12 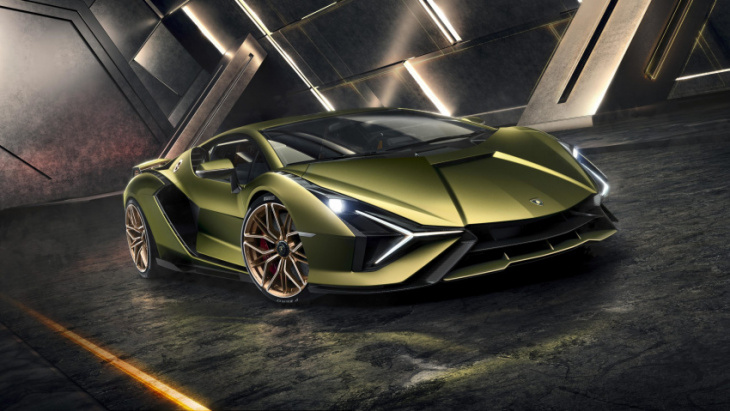 Lamborghini has confirmed it will introduce its first electric car in 2028, but that doesn’t mean it’s giving up on its iconic V12 engine. But in order to keep it in an increasingly strict emissions environment, the Italian brand will invest in both hybrids and its own synthetic fuel program.

In 2023 Lamborghini will launch the replacement for the V12-powered Aventador flagship and has confirmed it will be powered by a combination of an all-new V12 engine and a plug-in hybrid electric motor.

Retaining the V12, and likely a second internal combustion engine for the Huracan replacement due in 2024, is key to Lamborghini maintaining its iconic soundtrack, says the company’s Asia-Pacific boss, Francesco Scardaoni. He explained that the development of both these new hybrid models and the all-new electric Lamborghini is the ideal path for the brand’s mid-term future.

“The ideal scenario would be to have the pure electric cars, like the fourth model coming in 2028, and also super-sport cars with potentially with internal combustion engines running with synthetic fuels,” Scardaoni told Australian media at the recent Huracan STO launch.

“That would be the ideal scenario. So that we still have the pure DNA of super-sports cars for Lamborghini, the drivability of an internal-combustion engine, the emotion in a super-sports car.”

However, despite both brands being under the same parent company, Lamborghini will go it alone and develop eFuels separately from Porsche, according to Scardaoni. This is despite Porsche already being significantly advanced on its project, with a pilot plant already operational in Chile and three more planned around the world, including in Tasmania.

Lamborghini is, however, looking for a partner from the oil industry that has the relevant experience and infrastructure to assist its eFuels project; in the same way Porsche has partnered with ExxonMobil. 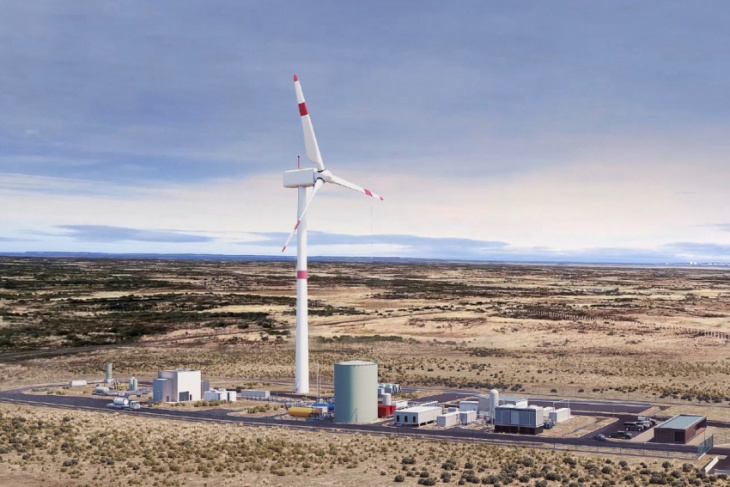 Porsche has helped fund the Haru Oni eFuels plant in Chile but despite being part of Volkswagen Group, Lamborghini will invest in its own synthetic fuel project

“We just set this project so we budgeted some money for that and we will start operating with an oil company to start the development of this project,” he said.

Scardaoni added: “We’re running on [a] parallel path [to Porsche] right now. We are investing on our own synthetic fuel channel and Porsche is doing as well … We wanted to have our own way to design and develop this potential way to keep our engines alive.”

According to Scardaoni, Lamborghini wants to have control of its own project, in order to best meet the needs of its supercars.

“At this point in time, we’re still far away from understanding what can be the fuel and how it can be useful in engines,” he said. “So that’s the reason why it’s important to have our own project in development of synthetic fuel.”

As for the decision to invest in an all-new V12 engine at the same time it’s plotting an electric future, Scardaoni laid out just how important the sound is to the Lamborghini experience and its current owners.

“The reason why we started [our rollout of] hybridisation with the V12 naturally-aspirated engine on the new Aventador [successor] is because it will allow us to make it ‘green’, and make sure that also customers [who] are a bit more resistant to this electrification trend [will] be still delighted with the right products that can fit their needs.

“It’s important to design the right powertrain that can fit with our needs, with the brand DNA and with what our customers are asking.”

Keyword: How Lamborghini is saving the V12

BOLOGNA: Automobili Lamborghini has ceased production of the Aventador. The last one took the form of the Aventador LP 780-4 Ultimae Roadster in a special light blue Ad Personam colour destined for the Swiss market. It represented the last naturally-aspirated V12 Lamborghini to be produced in Sant’Agata Bolognese, and ...

Over 11,000 models sold since 2011 Lambo's future is in plug-in hybrids The era of the Lamborghini Aventador has finally come to an end as the final model rolled off the production floor. Finished in a special light blue Ad Personam colour, the last Aventador LP 780-4 Ultimae Roadster ...

The end of the raging bull’s naturally aspirated V12 era


View more: The final Lamborghini Aventador has rolled off the line

Lamborghini ceases production of the Aventador: a final Aventador LP 780-4 Ultimae Roadster, in a special light blue Ad Personam color destined for the Swiss market, is the last, pure, naturally-aspirated V12 Lamborghini to be produced in Sant’Agata Bolognese, and marks the end of an era. Unveiled at Geneva ...

After briefly resuming production to make up for cars lost on the Felicity Ace, Lamborghini's popular V-12 supercar has reached its end.

This Ducati is the perfect accompaniment for your Lamborghini

Why The Heck Did Lamborghini Build The Urus Performante?

Want this Ducati? You might need to buy this Lamborghini first

Is A Ducati Lamborghini Streetfighter V4 Coming At World Première 2023?