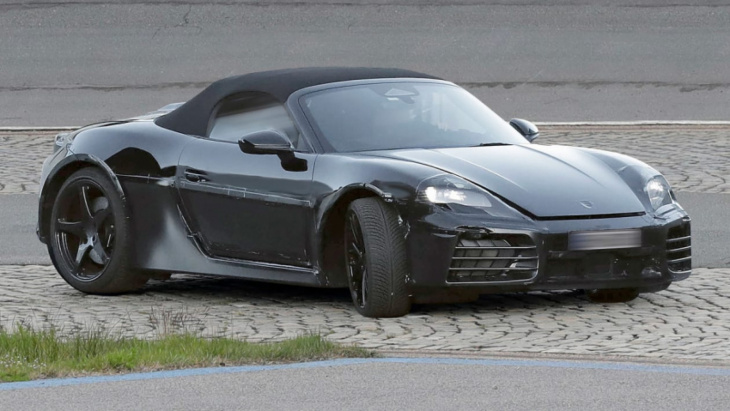 Porsche is stepping up development of its first all-electric sports car that will replace the mid-engined 718 Boxster and Cayman when it's revealed in 2025. Porsche is one of the first manufacturers to confirm that it’ll tackle this difficult segment, where it’ll rival Lotus and Alpine that have their own joint project in the works. With a few years still to go until the new electric Boxster is put into production official details are some way off, but this first look offers some insight into the form the new model will take.

This switch to electric power comes after a long period of uncertainty in regards to the replacement of the current mid-engined Boxster and Cayman, which are now into their tenth year of production. In a company announcement, Porsche CEO, Oliver Blume, said: ‘We are stepping up our electric offensive with another model. By the middle of the decade, we want to offer our mid-engine 718 sports car exclusively in an all-electric form.’

While extensive cladding (faux exhaust included) on this Boxster prototype makes it difficult to distinguish the fine details, it can’t hide the new EV’s proportions, which look wider and more aggressive than the existing model. It also appears to have a longer wheelbase, with the bonnet now ridged and more tightly squared off at its front edge in a similar fashion to the 992 911.

Its new headlights are shaped more in line with the Taycan’s rectangular units, under which sit vaned intakes that are likely to feature active cooling which can open or close to improve aerodynamic efficiency. Perhaps the most dramatic change is the lack of the new electric Boxster’s side intakes, and the dramatically reformed rear end that’ll feature thin LED lighting elements, broken with a movable rear spoiler which is now trakemark of Porsche's mid-engined models. 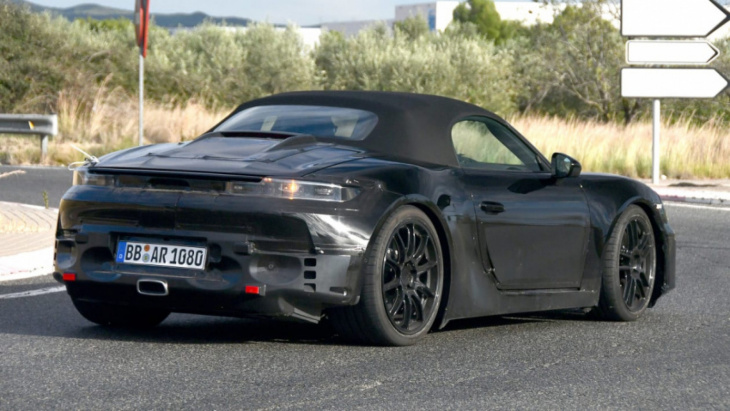 The Boxster’s fundamentals, including its two-seat layout, fabric roof and snug, but still practical, interior will remain intact, with a hard-top Cayman very likely to follow.

We’ll have to wait for specifics about what to expect under the skin, but Blume did reveal that the electric model would be based on a new platform developed specifically for two-door sports cars. This will likely entail the use of a more complex battery arrangement than the flat skateboard-style chassis that’s become so popular across the EV market, one that like the Mission R will use the weight of the batteries to augment the chassis balance that defines mid-engined Porsches. 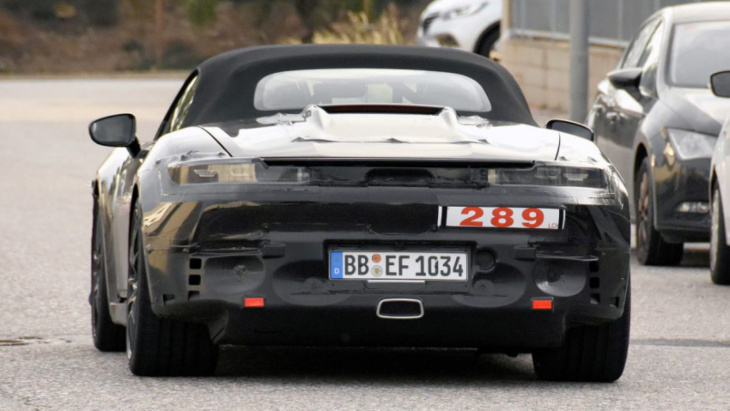 Beyond technical specifics, the question of whether the effort and expense of turning the new 718 into an electric sports car will be worth it ultimately depends on the bottom line. Given the shrinking market for traditional sports cars and the enthusiastic uptake in high power electric cars, Porsche’s investment to transform the next Boxster and Cayman into electric only models could pay off, especially if combustion models continue to be squeezed by government legislation.

This move will also allow Porsche to continue with internal combustion engines in the 911, possibly mixed with a hybrid option – especially so if the synthetic fuel market continues to receive investment and development – putting less pressure on EV sales to keep its CO2 fleet average down.