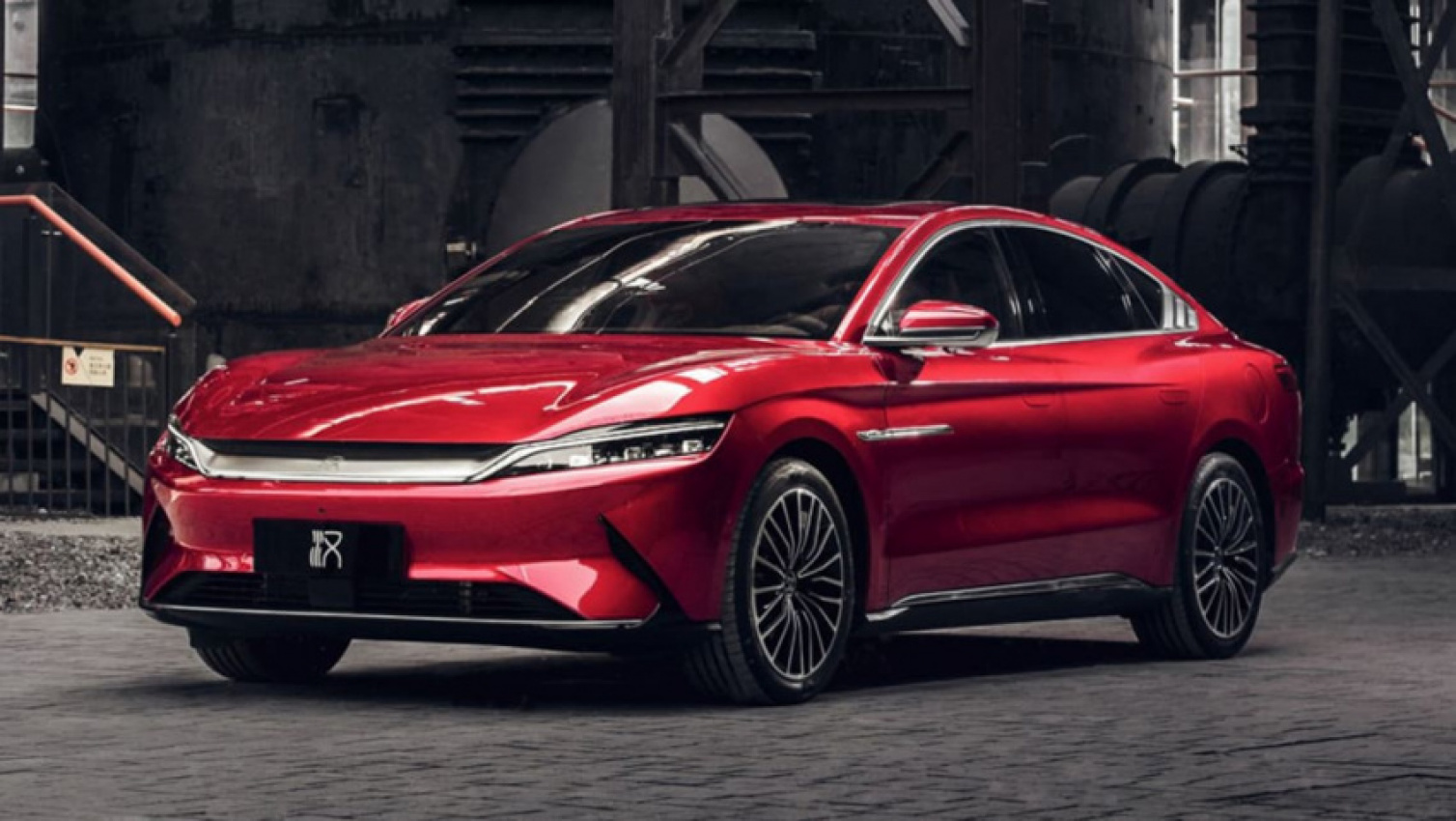 China is the world’s leading EV market, and has some impressive local models.

For years now we’ve heard talk of electric vehicles changing the world, although Australia is significantly behind the curve with EV sales making up just 1.6 per cent of local sales in 2021.

Furthermore, rather than encouraging people to buy them, our government seems intent on pretending EVs are something out of science fiction and encouraging us to keep our planet-punishing petrol guzzlers, thank you very much.

Take this little nugget into consideration, then: electric vehicles in China, the world’s largest car market, are expected to make up 58 per cent of new car sales in that vast country by 2030. Considering that there are 400 million registered drivers in a country with a population of around 1.4 billion, that’s a whole lotta EVs coming out of their factories (or ‘NEVs’ as they’re called there, for ‘New Energy Vehicles’).

In China, electric car sales nearly tripled in 2021, with a whopping 3.4 million NEVs sold overall, representing the majority of global EV sales. China is also the world’s largest manufacturer of EVs, accounting for around half the electric cars sold around the world. Oh, and they also make 99 per cent of the world’s electric buses.

A lot of last year’s robust EV sales in China came down to three brands: Tesla and their made-in-China Tesla Model 3, SGMW (a joint venture between the companies SAIC, General Motors and Wuling) and their Hongguang Mini EV, and BYD which is majorly gaining ground on those two with its keenly-priced range which includes SUVs, sedans, and hatchbacks.

Chinese car manufacturers are naturally scrambling to keep up with demand. Tesla’s made-in-China Model Y has started deliveries and SGMW’s Baojun E-Series and the Ora R1 from Great Wall Motors (GWM) are both seeing healthy sales, the latter model once being touted as the world’s cheapest EV. Meanwhile, the BYD Yuan Plus (which will be known locally in Australia as the Atto 3) rapidly shot to the top of the charts, claiming a position as China’s top-selling electric SUV in early 2021.

A network of standardised public EV chargers (accounting for 82 per cent of the world’s publicly accessible fast chargers), government support with manufacturing mandates and dozens of EV brands on the market are all contributing to the popularity of Chinese electric cars.

While we’re still a way off from, say, a fully autonomous Chinese electric supercar, what we do have are some promising EV options emerging from China.

The Best Electric Cars In China

Here’s our list of the five best and most promising electric cars out of China, how much they cost, and whether they stand a chance for an Australian launch. 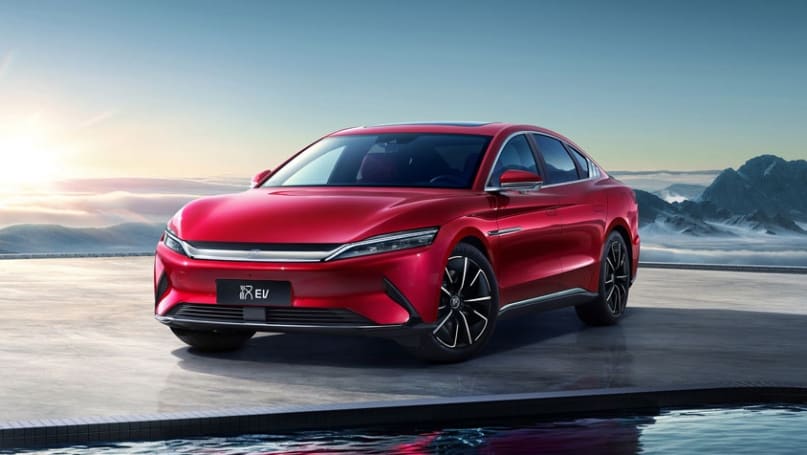 Hailing from Shenzhen, BYD is emerging as China’s dominant EV force, and the Han is China’s answer to the Tesla Model S. A mid-size luxury sedan and BYD’s flagship model, the Han can travel up to 605km on a single charge and accelerates from 0-100km/h in 3.9 seconds thanks to its all-wheel drive system

It frequently ranks as one of China’s best-selling electric cars as a result and of course, packs the cabin with new-age tech with a heavy influence from the Mercedes-Benz S-Class, according to the brand. It also utilises BYD’s cobalt-free ‘blade battery’ technology and, in an unusual twist, is also available with a PHEV drivetrain.

For those sold on this Model S alternative, the BYD Han has been spotted undergoing homologation testing in Australia and could be a part of the brand’s rollout plans, which will start with the Atto 3 SUV in 2022. 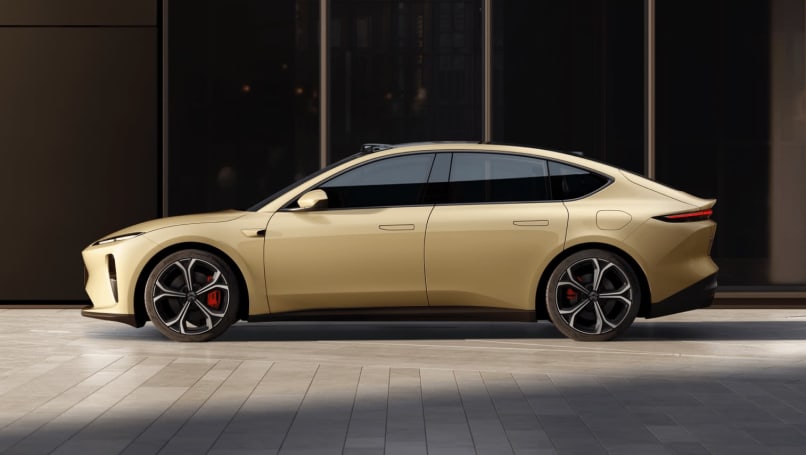 Nio is banking on its performance background to conquer export markets.

You might remember Nio as the brand who brought you the Nurburgring-smashing EP9 supercar which set a circuit record in 2017. Now it offers a diverse range of vehicles not only in China but has now begun exporting to Europe with the promise of bringing “supercar DNA” to its range.

The ET5 is far from a cheap and cheerful offering, starting in China from the equivalent of nearly $70,000 and it remains to be seen if it can truly take the fight to Tesla and BYD. I wouldn’t hold your breath for an Australian launch any time soon either, as it seems the brand has its export eyes firmly set on EV-friendly Europe for the time being. 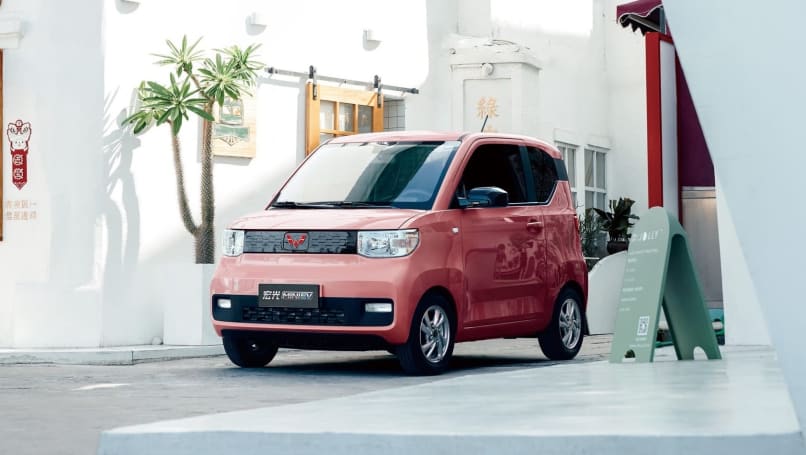 The Wuling Hongguang Mini EV is by far China’s best-selling fully electric car. A reminder of China’s densely populated cities and need for a small vehicle class all but extinct in Australia, the Hongguang Mini EV moved an eye-watering 395,451 units in China over the course of 2021. For contrast, the best-selling car in Australia over the same period was the Toyota HiLux, which scored just 52,801 sales.

The Hongguang Mini EV is even smaller than Australia’s smallest car, the Kia Picanto, and is available with two battery options for either 120km or 170km of range, has just four seats, and a top-speed of just 100km. Hardly impressive specs, but its popularity is a bit easier to understand when you see that the little box car starts from just under the equivalent of AU$7,000.

Chances for an Australian launch? We’d say next to none. 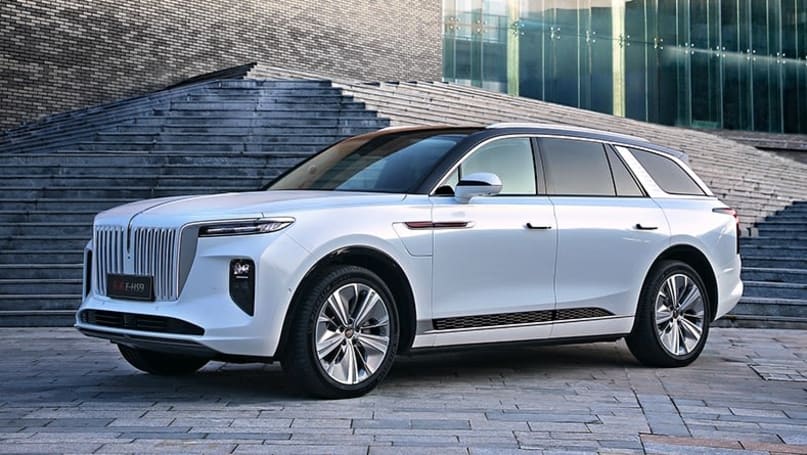 An SUV limo from China’s most storied automaker.

Hongqi is China’s oldest local automaker founded in 1959, and is renowned for producing the country’s state limousine favoured by Xi Jinping himself, the L5.

Since a re-boot in the mid ‘90s, Hongqi has become China’s local pinnacle luxury brand, launching an array of models, and the HS-9 is the brand’s equivalent to the BMW iX. A premium flagship large SUV, the E-HS9 is capable of driving 690km on a single charge with the largest 120kWh battery option and can be chosen with either four, six, or seven seat interior layouts.

Don’t expect to see Hongqi launch in Australia any time soon, with the brand solidly focused on left-hand drive for now. 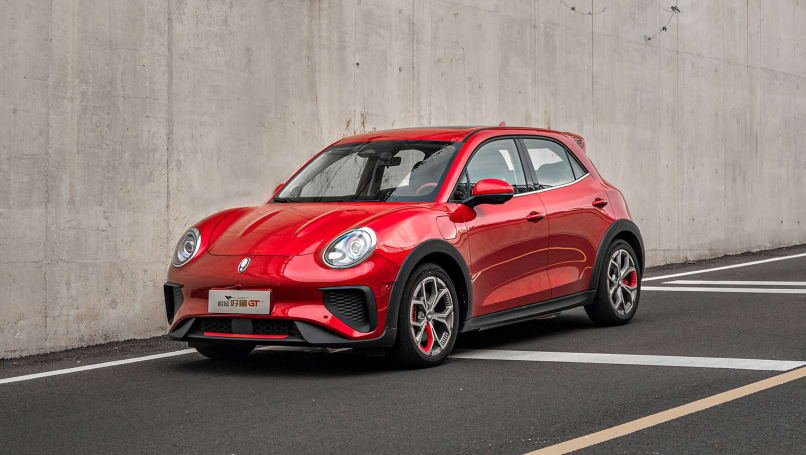 The Good Cat GT could be an interesting Nissan Leaf rival.

An electric hot hatch? From China? Great Wall Motors, who thus far have brought the successful Cannon ute and affordable Haval SUV brand to Australia, will add yet another division in Australia in 2022, with the launch of its EV-only Ora brand.

The Nissan Leaf-sized Good Cat is the newcomer’s retro-inspired hatchback, which offers between 400-500km of range depending on the battery size. This GT version offers both aggressive styling queues and more potent acceleration with a launch setting, as well as a customisable drive mode and steering tune. It’s more warm hatch than hot hatch though, with a 0-100km/h sprint time of 6.9 seconds, slightly faster than the regular Good Cat and a full second faster than the Nissan Leaf.

Time will tell if it will be added to GWM’s Australian line-up alongside the regular versions later in 2022, and how close to the title of ‘Australia’s cheapest EV’ the range will get.

petrol vs electric vehicle costs We know this will be a silly question very soon, but if you are still sitting on the fence about going electric, let’s talk numbers. The easiest option, of course, is to do nothing, but what about your current fossil fuel guzzler? When will ...


View more: To EV or not to EV? A clear cost analysis between electric vehicles and ICE cars

Powered by four electric motors with a total output of 100 kW, the Pelican Cargo is said to be the largest autonomous electric aircraft do date. The model has a payload of 400 pounds and a range of 200 miles, or 181 kilograms up to 320 kilometers. The four ...

Fertilizer and salt producer K+S is testing, whether electric vehicles are cut out for work in its mines. According to the company, conditions there – such as uneven roads, large inclines and temperatures of up to 50 degrees Celsius – could be possible hurdles for technology. A current project ...

Astronomy is one of the oldest fields of science in the world. Related studies accumulated by scientists over centuries have spurred the development of knowledge in human society. Today, astronomy has become a necessary area of research among knowledge-developed countries. The Academia Sinica Institute of Astronomy and Astrophysics (ASIAA) has ...

Arrival lays off 50% of employees and appoints new CEO

Fleet incentives to add another 1,000 electric vehicles to NSW roads