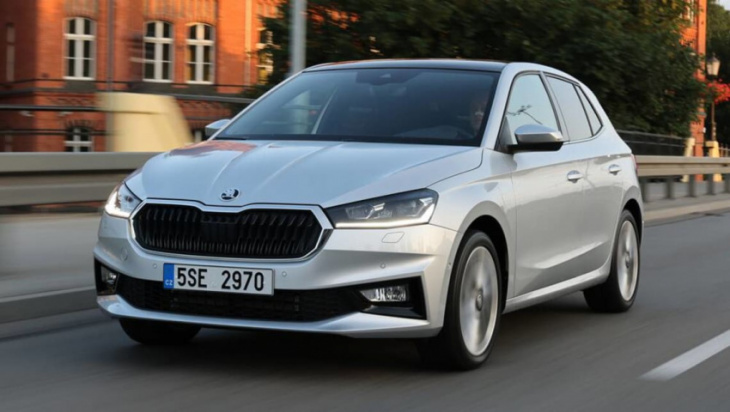 The Fabia Monte Carlo is $37,990 drive-away but a cheaper Fabia grade (above) is on the horizon.

If you were shocked by the high pricing of the new-generation Skoda Fabia, then we have some good news.

A cheaper version of the Toyota Yaris rival will almost certainly be added to the range, making the Fabia more competitive.

Skoda Australia shocked observers when it announced pricing for its fourth-generation Fabia hatchback earlier this year.

The single-grade Fabia Monte Carlo is priced at $37,990 drive-away. The flagship variant is more expensive than all of its perceived mainstream-branded rivals like the Mazda2, Kia Rio, Toyota Yaris, Suzuki Swift, and it’s double the price of an MG3.

Even its twin under the skin, the Volkswagen Polo, is more affordable, although the Polo GTI is the priciest member of the sub-$25,000 light car category at $38,750 before on-road costs.

Granted the Fabia Monte Carlo is incredibly well specified, but anyone after an affordable European hatch now has fewer options.

However, Skoda Australia director Michael Irmer confessed to CarsGuide at the Fabia launch that the company is considering another model grade, although timing remains unclear. 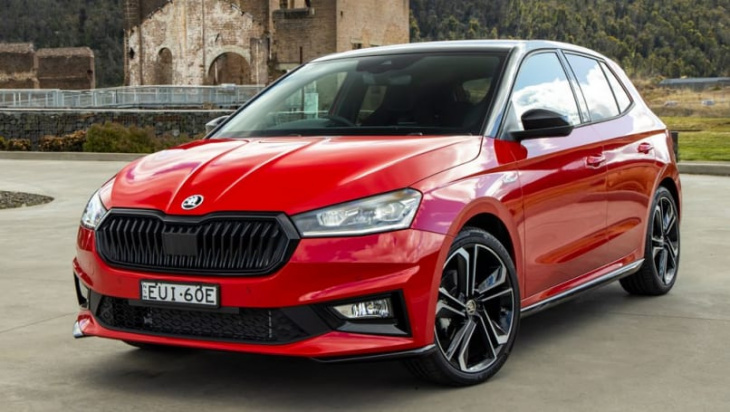 The Fabia Monte Carlo’s $37,990 drive-away price might be too much for some.

“So it’s not in the immediate future,” he said. “But absolutely when the supply frees up for the Fabia we would also consider a lower grade. Though we probably wouldn’t go to low grade as we had in the previous gen, but a lower grade with the smaller three-cylinder engine is well possible, but it’s not unfortunately in the short term.”

The variant most likely to be added to the local roster is the Fabia 81TSI that uses a 1.0-litre three-cylinder turbocharged petrol engine pumping out 81kW, matched with a seven-speed dual-clutch transmission.

When asked if the new lower-grade variant could start from less than $30,000, Mr Irmer said Skoda Australia “would aim for that”.

“Time will tell when we go to market with it and how much spec is going to be in it in the end, but it would make sense.” 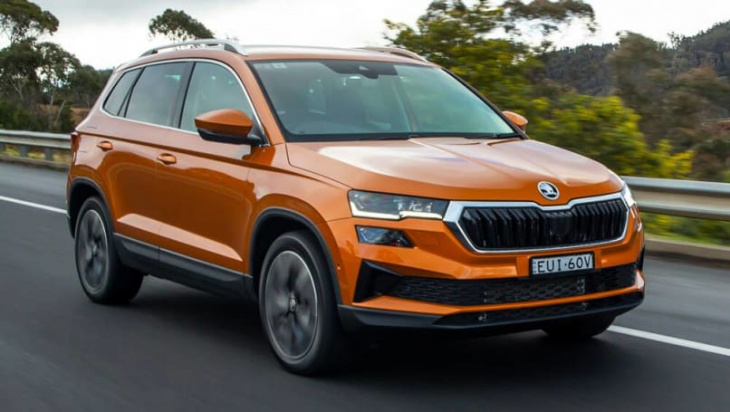 The Karoq is offered in just two grades in Australia including the 2WD 110TSI Style.

One Skoda model range that won’t be expanding is the Karoq SUV. Despite the existence of five different engine variants in Europe, Mr Irmer said Skoda Australia was satisfied with the two grades currently on offer to reduce complexity in the model line-up.

Mr Irmner acknowledged that the Karoq could be selling better, adding that “the potential of the car is higher than what you would see in the deliveries”.

The Karoq has been hampered since its 2018 launch by low supply from the Czech plant, and the issues caused by the pandemic, such as parts shortages, have only exacerbated that. However, Karoq supply is expected to improve next year.

The Karoq is currently sitting at the back of the pack when it comes to sales in Australia. To the end of July this year, Skoda has sold 416 units, representing a 60.9 per cent decline over the same period in 2021.

Keyword: Cheaper Skoda Fabia on the way! Mazda2, Toyota Yaris and Volkswagen Polo rival to gain a more affordable variant that could cost less than $30k

We managed to spy the 2024 Toyota Grand Highlander at a testing site near our Michigan office. The extra length is immediately noticeable in photos. It seems Toyota is planning to slot the new three-row SUV to its lineup for the 2024 model year, filling the space between the ...

Ford has two massive deals that could secure tens of thousands of electric vehicle sales for the coming years. Ford has long had a significant presence in commercial fleet sales. The brand has become synonymous with the police cars and service trucks they have supplied to countless government agencies ...

Volkswagen will reportedly discuss its software roadmap at an upcoming meeting with CEO Oliver Blume. Volkswagen has made key moves to improve its software chops in recent months. First, the company shook up its leadership with new executives to lead crucial software groups. Then, the auto-group made a point ...

Photo: Toyota Toyota has just unveiled the C-HR Prologue in Europe as a preview of the second generation of its small, FWD-only crossover. However, consumers in North America shouldn’t get their hopes up. Despite posting some decent sales numbers in Canada (but not really in the U.S.), the C-HR ...

Pruis – Akio Kon/Bloomberg Toyota, the world’s biggest car maker, has launched six new electric models in a sign of shifting focus from its previous bet on hydrogen as the green fuel of the future. It will sell the new plug-ins in Europe by 2026 as part of a ...


View more: Toyota launches six electric cars as it backs away from hydrogen