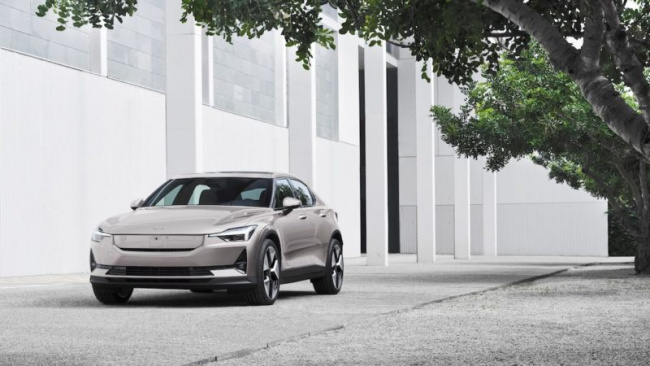 The single-motor rear-wheel drive variants are now 220kW, a 30% increase from the front-wheel drive model which was 170kW. The company says the additional power means the single-motor variants will now do 0-100 km/h in 6.2 seconds, 1.2 second faster than previous models.

The new duel-motor version will have a total system output of 310kW and vastly improved traction giving a 0-100 km/h time of 4.5 seconds. Upgrading the duel-motor with the Performance Pack (software upgrade) takes the power up to 350kW and 0-100 km/h down to 4.2 seconds.

The front motor can now be disengaged completely when not needed, improving efficiency. When the driver wants more power, the front motor re-engages instantly and seamlessly.

“Changing from front-wheel to rear-wheel drive in the single-motor variants, and re-calibrating the torque ratio in the dual-motor variant for an increased rear-wheel drive feel, elevates the Polestar 2 driving experience to a whole new level,” says Joakim Rydholm, Head of Chassis Development at Polestar. Improvements to batteries and charging

Battery improvement, size and other efficiency gains from new technology such as front motor disconnect has increased range on the duel-motor long-range from 487 km to 592 km (WLTP), an impressive 22% increase.

Single-motor variants also have significant increases in range with standard-range now 518 km up from 478 km and the long-range 635 km up from 551 km.

The new batteries also enable faster charging rates of up to 205 kW DC for the long-range and 135 kW for the standard range.

Polestar “SmartZone” to be included on new Polestar 2

After it debuts on the Polestar 3, the Polestar 2 2024 model will also include SmartZone which is the instrument cluster where the grill/radiator would normally be. The SmartZone includes front-facing camera and radar, heating wires, accelerometers and ultrasonic sensors. 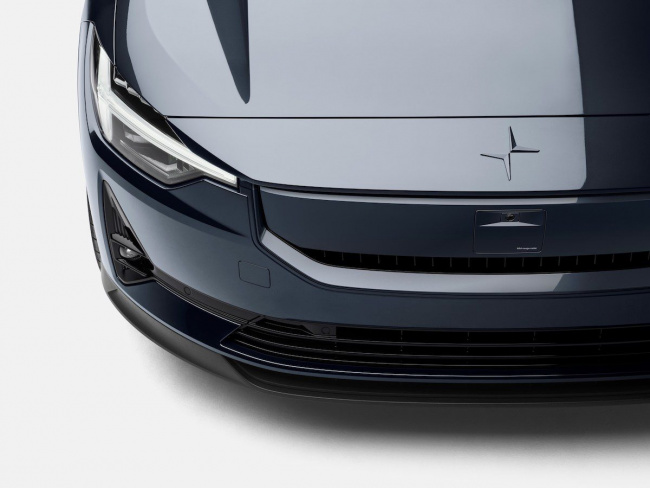 In a video Polestar’s Exterior Designer Subum Lee says that the vision based navigation system replacing what was traditionally the air intake of a combustion engine car is basically “cars going from breathing to seeing”.

Initially announced for the Polestar 3, Driver Awareness features are now standard on the Polestar 2 as well, including Blind Spot Information System (BLIS) with steering support, Cross Traffic Alert with brake support, and Rear Collision Warning and Mitigation, along with the 360-degree surround view camera and automatic dimming exterior mirrors.

The wireless phone charger is now also standard on all versions.

Australian customers will be able to order the 2024 Polestar 2 in the second quarter of 2023 via Polestar.com/au First deliveries are expected in the third quarter of 2023.