4 reasons why the Porsche Taycan is outselling the 911

Porsche had a stellar 2021 to say the least, contrary to the challenges faced by the Covid-19 pandemic and the semiconductor shortage. The brand sold 301,915 units globally, the highest in its history, and marked an 11 percent increase over 2020 sales.

We think there are a few notable reasons for Porsche enthusiasts to prefer the electric Porsche Taycan over the legendary 911.

Before the Porsche Taycan’s launch, the Tesla Model S was regarded as the benchmark EV, offering performance, range, and good body control, which kept enthusiasts entertained. However, the Taycan, which is positioned at a premium over the Tesla, has since taken over the crown in a few departments, and some videos even show the Taycan outpacing the Tesla in sprints. What’s more, the Taycan has a cabin feel and quality which is superior to the barren-looking Model S. Needless to say, for EV purists wanting the best in the market, the Taycan ticks a lot of boxes the Tesla doesn’t, which could be one reason for its sales success.

2. Porsche’s first EV is regarded as a must-have for fans 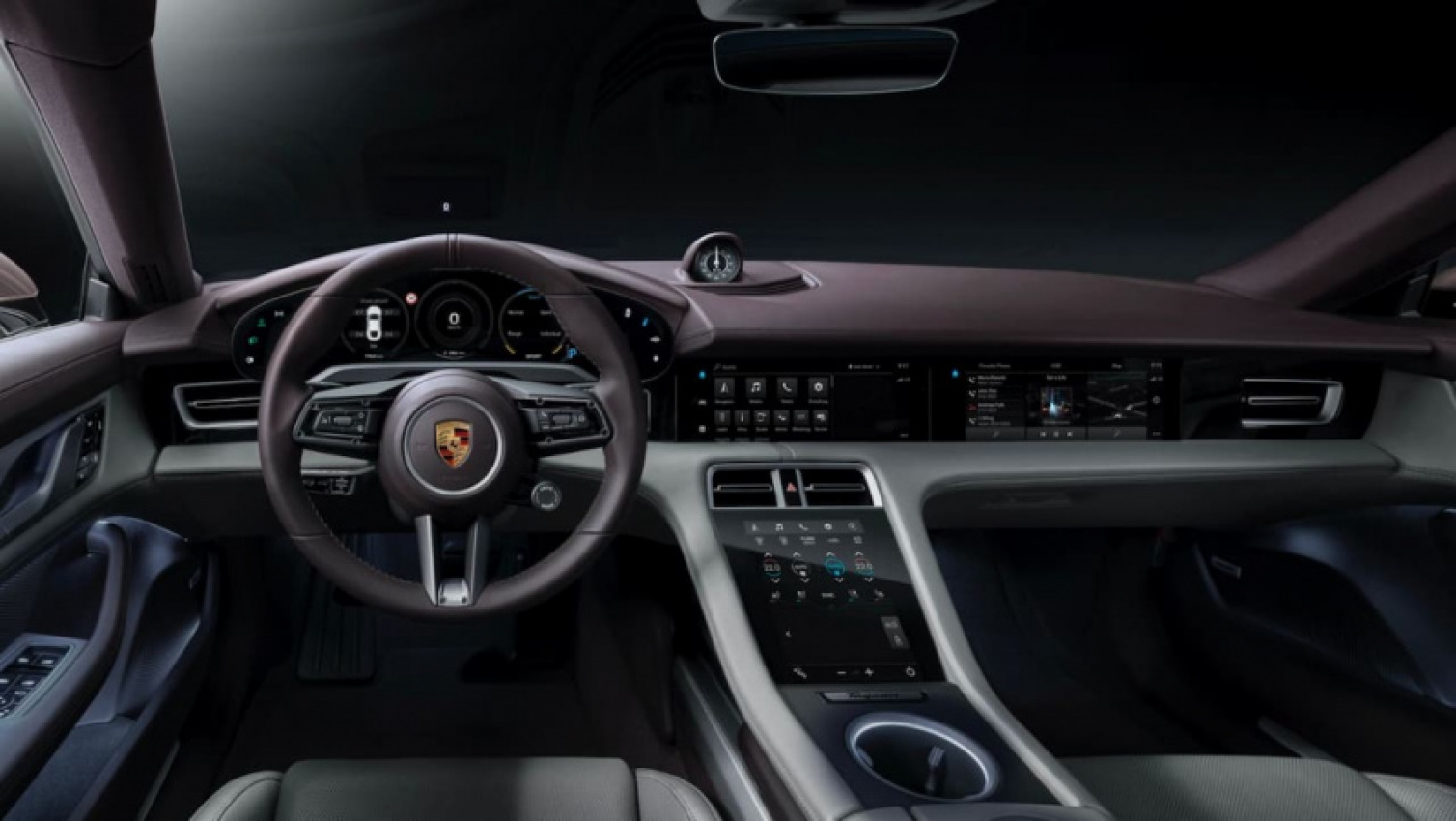 One of the most expensive interior options on the Porsche Taycan is the Burmester audio system which costs USD 5,810. Image – Porsche

Most of the Porsche Taycan variants are priced in the USD 100,000+ category, so needless to say, these buyers aren’t too worried about running costs. However, there is no ceding that the Taycan offers sportscar performance while running on battery juice, whereas it is anyone’s guess what a similar performing 911 delivers to the gallon. And with fuel prices at the USD 5 mark for the premium grade stuff, it sure is a bonus of not carrying your walet when running your Taycan!

3. A Porsche Taycan for everyone with a broad variant lineup

Porsche has done well to introduce a Taycan at various price segments. Starting with the USD 82,700 entry-level model to the USD 187,600 Taycan Cross Turismo Turbo S, there are ten variants of the Taycan to choose from depending on your preference (and budget!). Added to this is the fact that the Taycan is available in the Sport Turismo and Cross Turismo bodystyles in addition to the sedan, which furthers its appeal among Porsche enthusiasts.

4. SUV-like Cross Turismo is quite practical

With the launch of the GTS variant on the Porsche Taycan Cross Turismo, EV purists and performance enthusiasts get the best of both worlds, with a bit of soft-roading capability thrown in as well. Image – Porsche

Even the USD 187,600 Taycan Turbo S Cross Turismo (and that’s the price without any options!) is an everyday, 5-seat, usable EV with a 200+ mile driving range, a 405-liter boot which can expand to 1,171 liters as the rear seats fold down. As many user videos show on Youtube, it can go ‘soft-roading,’ conquering loose terrain and slight inclines without a sweat, with a slightly higher ground clearance, in the ‘Gravel’ mode. The standard Taycan features a 491-liter boot with the same practicality of the rear seats folding down, otherwise offering seating for 5. And it is this practicality aspect over the 911 that could be driving sales of the EV despite its heavy sticker price.

Keyword: 4 reasons why the Porsche Taycan is outselling the 911

Introduction Hello again! For those of you who have been following “T’s Corner” closely, you would have become quite familiar with my adventures in a 2020 Porsche Taycan 4S. It has now been about 6 months since I first took possession of the vehicle. Along the way I have shared ...

Introduction With the introduction of the new Cross Turismo range of Porsche Taycan models, we’re now entering the second act of the company’s electrification strategy. The Porsche Taycan Cross Turismo carries over the EV-platform and performance from its sedan counterpart, then amalgamates them with the utilitarianism of a sporty crossover ...

Porsche has confirmed under no uncertain terms that there will be a 718 Cayman GT4 RS model. This comes after many months of testing camouflaged mule cars (with accompanied spy shots) which had long hinted that the GT4 RS was going to be a real thing – we finally know ...

Motorists who have splashed out big on a Porsche sports cars and SUVs, look away now. The premium German brand has just been named the most unreliable car maker in a report that analyses the volume of faults, cost of repairs and days off the road for all the major ...


View more: We're not telling porkies! Porsche named the most unreliable car brand ahead of Land Rover - is your maker among the 10 worst performers?