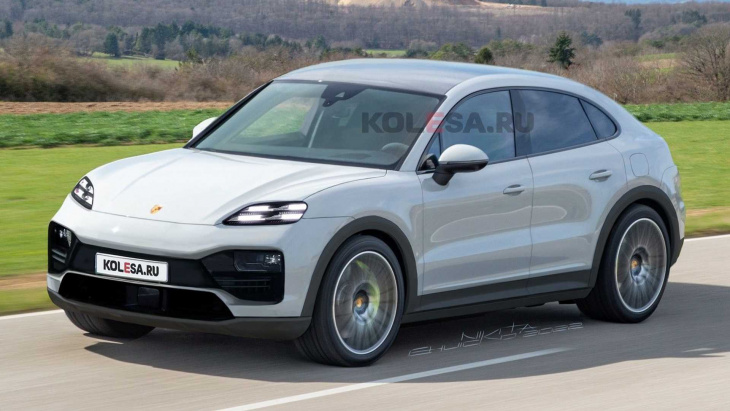 The next generation will be sold exclusively as an EV.

Porsche first mentioned the electric Macan in February 2019 before announcing about a year later it would go into production by the end of 2022. However, that’s not happening anymore because software issues have forced the peeps from Zuffenhausen to delay the EV’s market launch until 2024. Meanwhile, the German company released this week new images of a prototype, which have now been repurposed for a speculative rendering by our pals at Kolesa.

Although Porsche cleverly camouflaged the prototype and even installed a fake pair of exhaust tips just for fun, we were able to get a sense of the size and shape of the electric Macan. It had the production-ready headlights with the sleek yet familiar four-point LED design while the tailgate was likely hiding a wide light bar. An active rear spoiler was also noticeable, and so were the traditional door handles rather than the ones that remain flush with the body and pop out only when needed. 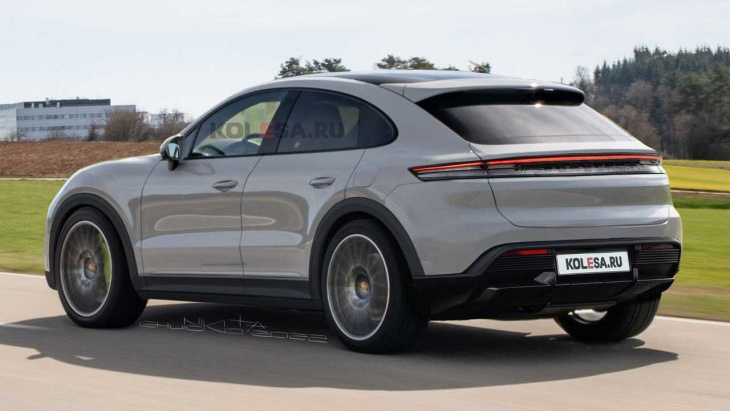 Riding on the new PPE platform that Porsche is engineering with Audi, the 2024 Macan will be offered upon launch in a dual-motor configuration and all-wheel drive. It has been developed to accommodate a 100-kWh battery pack with a usable capacity of 96 to 98 kWh and fast-charging support at more than 270 kW. It’ll take about 25 minutes to juice up the battery from 5 to 80 percent courtesy of the 800V electrical architecture.

As much as 603 horsepower and 738 pound-feet (1,000 Newton-meters) of torque are being promised, presumably for a Macan Turbo or something to that effect. Porsche has pledged its first electric crossover will be the “sportiest model in its segment” courtesy of a “performance rear axle.” The electric motor at the back will be mounted behind the axle to echo the flat-six engine’s placement in the 911. Doing so will enable a weight distribution of 48 percent front and 52 percent rear for better traction.

Other known facts about the 2024 Macan include the use of an unequal-length control arm front suspension, a multi-link rear setup, and up to 22-inch wheels. In addition, it’ll have two-valve dampers for better comfort and improved efficiency by lowering the car for a sleeker aerodynamic profile. Rear-wheel steering at up to five degrees has been confirmed, along with a rear-mounted electronic locking differential. We also know both steel and air suspensions will be offered with the Porsche Active Suspension Management (PASM) system.

Additional details about the Macan EV should be released next year ahead of its 2024 launch. The gasoline-fueled versions will remain on sale for a few years before Porsche will exclusively offer the PPE-based electric model.

For around 70 years now, TAG Heuer and Porsche’s paths have been intertwined both on and off the racetrack. The long-standing bond between the two comes mainly from their joint roots in motorsports, and most obviously being that they both carry the name ‘Carrera’. Named after the Carrera Panamericana, ...


View more: TAG Heuer and Porsche once again highlight their common history and passion for racing