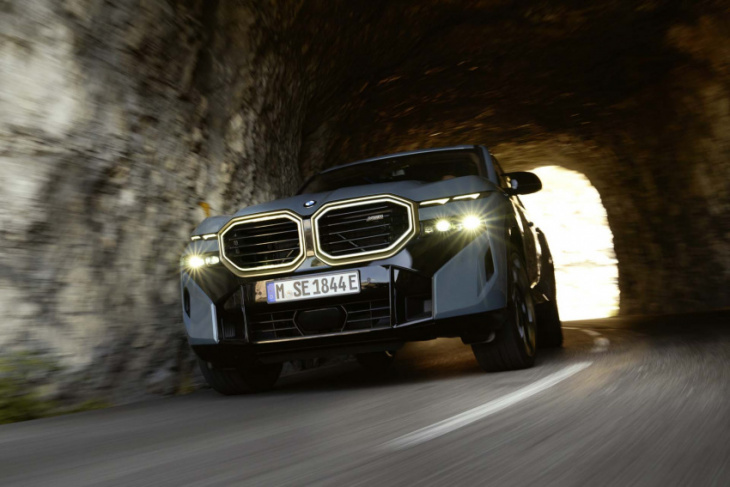 The 2023 Ford Super Duty broke cover, the 2023 BMW XM became a thing, and we drove the 2023 Mercedes-Benz EQS SUV. It’s the Week in Reverse, right here at Motor Authority.

The 2023 Polestar 3 received a date with destiny as Polestar announced the electric crossover SUV will debut on Oct. 12. The Polestar 3 is confirmed with up to 510 hp and a trick torque-vectoring rear end, and production will take place here in the U.S.

The 2023 BMW XM became real as BMW finally revealed the high-performance crossover SUV, a model the automaker claims pays homage to the M1. With 644 hp, the plug-in hybrid SUV puts a heavy emphasis on luxury and power for $159,995.

We took a nap in the 2023 Bentley Bentayga EWB’s rear Airline Specification seating. The long-wheelbase luxury SUV puts the focus on rear-seat passenger space and comfort.

We found out the 2023 Mercedes-Benz EQS SUV can go off-roading, not that any buyer will likely take the electric crossover SUV down slick rocks like we did. The luxurious EV coddles passengers and cuts through the air with its aerodynamic sheetmetal, and the range isn’t bad either.