While many SUVs have been tripped up on new Insurance Institute for Highway Safety (IIHS) tests, the Volkswagen Tiguan passed with flying colors. Thanks to one area of improvement, the 2022 Volkswagen Tiguan earns the highest IIHS award for the year. What did the Volkswagen SUV do to earn a Top Safety Pick Plus award? 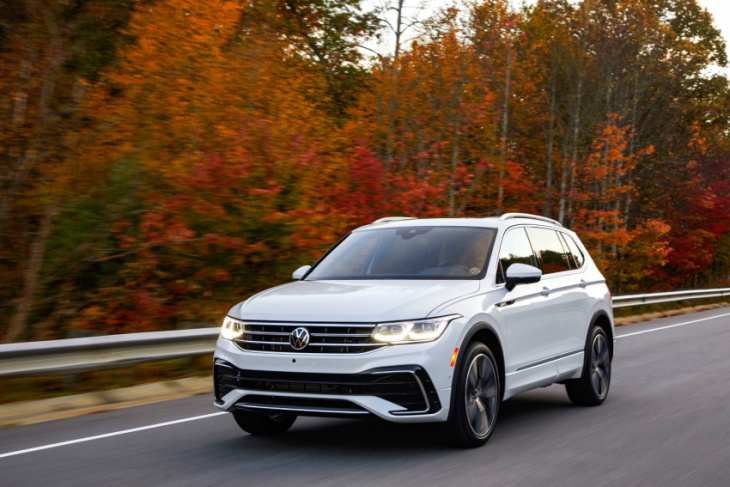 The IIHS reported yesterday that the 2022 Volkswagen Tiguan managed to snag the Top Safety Pick Plus award. On all of the crashworthiness tests performed, the Tiguan earned the highest score of “good.” These are the most critical tests, such as the front impact for the driver, passenger, and roof crush strength.

The 2022 Volkswagen Tiguan received high scores in crash avoidance and mitigation. The front crash prevention system, for both vehicle-to-vehicle and vehicle-to-pedestrian, both received good scores.

Like many modern SUVs, the Volkswagen Tiguan received a redesign in 2018 that increased its size. Thanks to that, it is now classified as a midsize SUV. On the overall evaluation, the 2022 Tiguan received the highest score. Overall, the areas like structure, safety cage, and driver injury measures all impressed the IIHS.

In 2022, the IIHS Top Safety Pick criteria received an update. There are six crashworthiness tests that vehicles have to earn a rating of “good” to qualify. The scoring goes from good, acceptable, marginal, to poor. Vehicles must earn good ratings in all six IIHS crashworthiness tests.

Keep an eye out for more Top Safety Pick Plus winners

Much of the testing was updated this year, which explains why some usual contenders missed out on an award. The IIHS and the National Highway Traffic Safety Administration (NHTSA) are constantly updating and changing the test to ensure the roads are safer.

While the Volkswagen Tiguan earned the highest IIHS award this year, hopefully, it can also continue receiving high scores for 2023.