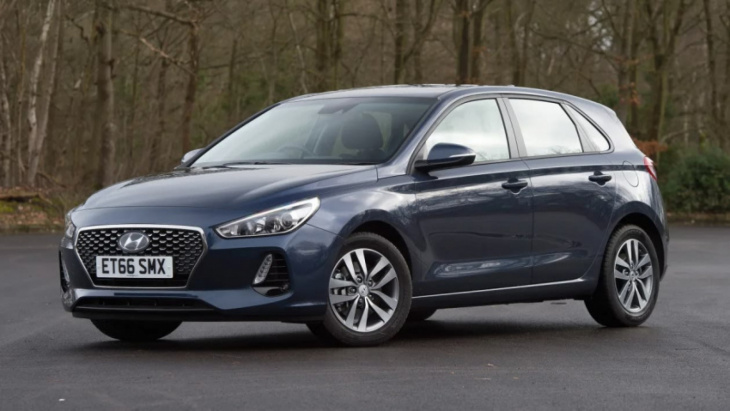 The small family hatchback segment is one of the most popular, so the stakes are high to get things right. Hyundai achieved exactly that with the i30, which is good to drive, well made, well equipped and keenly priced. Yes, the Golf beat the i30 in a twin test that we ran last year, but it was a close match, with the Hyundai trumping the VW in a few areas. Similarly, while an i30 N Performance came last when we pitched it against a Civic Type R and Focus ST, the exercise reminded us just how good the hot i30 is – just not quite good enough to topple some fearsome competition. These results notwithstanding, if you’re after an affordable family hatch (or estate) that’s easy to own, the i30 is very much worthy of your consideration.

The original i30 was a game changer for Hyundai when it arrived in 2007. Until then, the Korean company’s cars had been unremarkable, and bought largely because they offered excellent value with impressive reliability, but little in the way of a feel-good factor. Then the accomplished i30 went on sale and everything changed.

An all-new i30 in 2012 raised the bar even further, but by the time the third-generation car appeared five years later, Hyundai had really got into its stride. Plusher and more sophisticated than ever, with a design to match, the company now found itself snapping at the heels of semi-premium brands. By this point prices had risen noticeably, too, but the i30 was still well equipped and as easy to own as ever.

Which one should I buy?

If you do a lot of miles, the i30 diesel is probably the one for you, but the petrol models are also frugal and flexible if you do more urban driving. 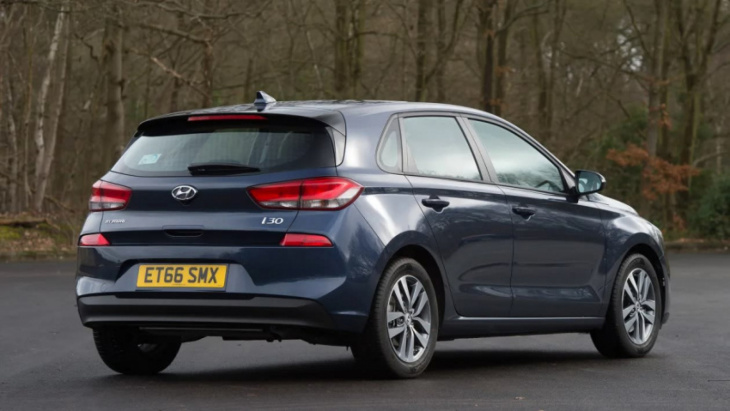 Alternatives to the Hyundai i30

The Volkswagen Golf impresses with its wide model range, efficient engines and high-tech dash, although the latter isn’t quite as user-friendly as you might expect.

The Ford Focus is readily available and great to drive, and decent value too, while the Mazda 3 is also dynamically adept and it looks stylish. The SEAT Leon and Skoda Scala are closely related to the Golf and are also well built, good to drive and very easy to live with. The Kia Ceed shares a lot with the i30 and we’d say it builds on the Hyundai’s strengths, while the Toyota Corolla is efficient, reliable and looks neat if you’re interested in hybrid power.

The 1.4 T-GDi and 1.6 CRDi engines were offered with a seven-speed automatic. A six-speed manual was the standard gearbox.

Options were few. The SE Nav trim was offered with a Visibility Pack, N Line+ with an eight-inch display, and metallic paint was available on all.

The i30 estate had the same engines as the hatchback, but there was no diesel Fastback. Fastback N Line options used the 1.0 T-GDi or 1.4 T-GDi.

The entry-level i30 S came with a tyre-repair kit, but the SE and above got a space saver spare wheel. Aftermarket wheels are available for the S.

We haven’t been inundated with complaints about the i30 Mk3, but some owners have reported build-quality issues to us, as well as some minor technical glitches. It’s only been recalled twice, however, which is a good sign.

If you haven’t sat in a Hyundai for a while, you’ll be impressed with how far its interiors have come in a short space of time. The i30’s cabin has an excellent standard of fit and finish, while the seats are comfortable and supportive, although headroom is a bit tight in the back. The pay-off is a large boot that can stow an impressive 395 litres (1,301 with the seats folded), whereas Tourer figures are 602/1,650 litres. Hyundai has historically received good marks in our Driver Power surveys for its infotainment systems. The firm’s touchscreens are clear and easy to use, even though some of the graphics may look a little dated. However, physical shortcut buttons are a big plus with owners because they avoid having to navigate through a maze of menus.

All i30s need to be serviced every year. Buy a petrol-engined i30 (including the N Performance editions) and there’s a 10,000-mile limit between services, whereas the diesel models stretch this to 20,000 miles. Services alternate between minor and major, but it’s worth shopping around for the best price, because even within a small area there can be significant variations.

The i30’s warranty is much longer than the industry standard, at five years; even more impressively, there’s no mileage limit (unlike Kia’s, at 100,000 miles).

Hyundai has recalled the i30 Mk3 on just two occasions so far. The first time was in February 2019, but it affected just 11 cars built in September and October 2018. Although the problem was claimed to be down to faulty software, which could lead to the sunroof’s anti-pinch sensor not functioning properly, Hyundai fitted new sunroof and roller blind motors.

The most recent campaign was launched in August 2021 and this time it was aimed at 171 i30 Mk3s, all made between June 2020 and September 2021. This time the problem centred on the tyre pressure monitoring system, which might fall foul of European regulations. The solution was to update the system’s software. Whereas the first recall affected some examples of the i30 N, the second one didn’t.

Surprisingly, the Mk3 i30 has never appeared in any of our Driver Power surveys, but the original model came top of the pile in our 2007 poll. When Hyundais have appeared in recent surveys, they have tended to do pretty well; the Kona came first in last year’s poll, for example. However, Hyundai came 11th out of 29 in our 2022 Brands survey, achieving decent scores in areas such as reliability and value.