SVI Engineering has equipped this 6-wheel beast with a 4.5L turbo diesel V8 which can haul up to 5.5 tonnes 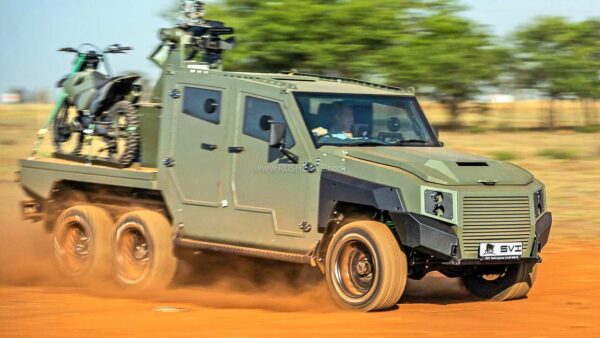 Land Cruisers are often considered a status symbol. You may not find many in say, Beverly Hills or Silicon Valley as they’re filled with G-Class and Cullinans. But, you will find plenty of them in Middle-Eastern markets. Even here in India, we have seen the new gen LC300 Land Cruiser strolling on Indian roads and a launch is imminent too.

Land Cruisers have been considered to be some of the most robust and well-engineered vehicles on earth. I would trust that vehicle if there was a zombie apocalypse. With a reputation of being over-engineered deliberately, Land Cruisers have cult following across the world.

When it comes to VIP transportation, Land Cruiser is a probable choice to equip with armour. It can handle the extra weight and can look inconspicuous too. But the armoured Land Cruiser that we are talking about today, is anything but inconspicuous. Made by SVI Engineering, they have gone with probably the wildest approach they could.

What they’ve created is a 6-wheel off-road monster with a flatbed to carry off-road motorcycles. Sounds like an average pickup truck conversion, right? Well, your average pickup doesn’t have a drone intercepting radar equipment and an automatic grenade launcher, does it? Yep. It was showcased at the Africa Aerospace and Defence Show (AAD2022) in South Africa.

This is meant for military and defence use mainly. Even though the J300 is the current generation of Land Cruisers, this beast is based on the J79 platform. Known as MAX 3 Six-Wheeler, it has 6 wheels. Two extra wheels are accommodated in an extra axle. All wheels get disc brakes to account for better stopping power.

In terms of design, it looks like it came straight out of a Fast & Furious movie, something that Agent Hobbs would drive. It gets a large grille up front and steel armour all around. The interior has controls to operate the grenade launcher and can seat 4 in reasonable comfort just like a Humvee. Around the back is what is the most exciting part of this conversion.

The armour offers a protection level of EN1063 BR6. If needed, one can upgrade it to BR7 as well. This level of protection is enough to withstand assault rifles and anti-personnel grenades as well. It is powered by a 4.5L turbo diesel V8 that supports a max GVW of 5,500 kg. 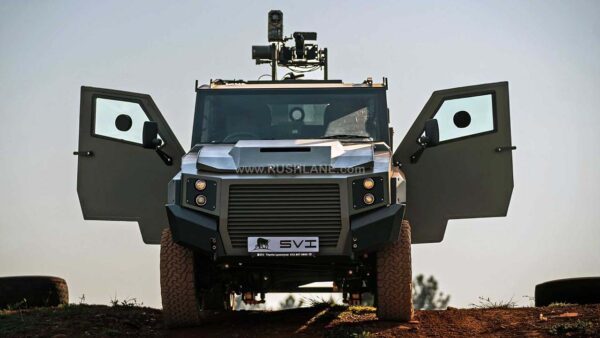 Coming to its party piece, this armoured Land Cruiser gets a radar at the back to intercept and pinpoint hostile drones. Once a drone is detected, it should also be terminated, right? That’s where its built-in automatic grenade launcher comes in handy. That’s not the end of this story.

If a hostile drone is shot down, it has to be retrieved owing to some military protocols. Now, that is where the off-road motorcycle comes into action. A quick in-and-out will suffice the operation. The model shown is based on a dual cab design. SVI Engineering has revealed that they will launch a single-cab design. 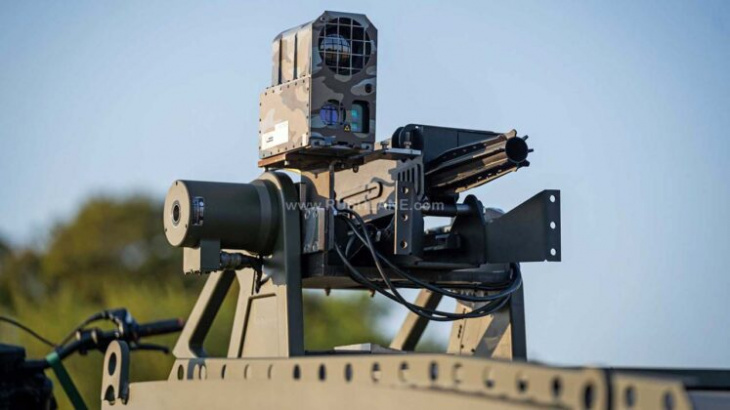 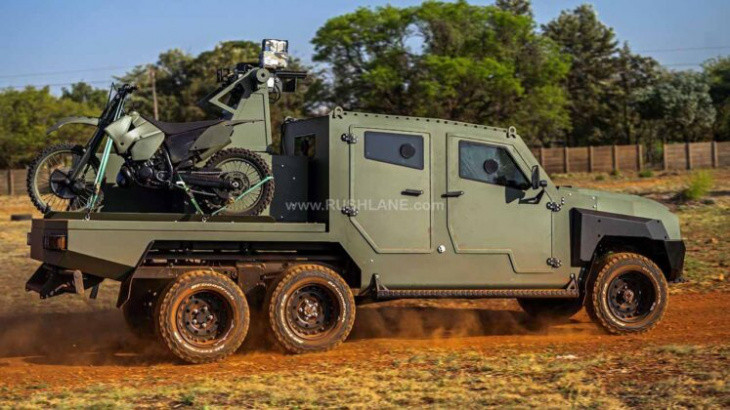 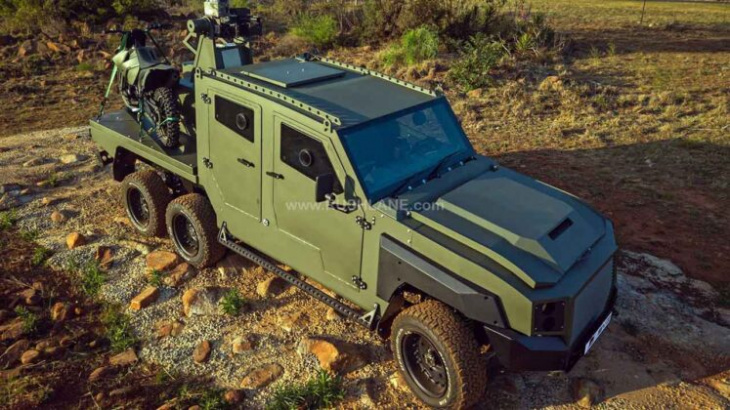 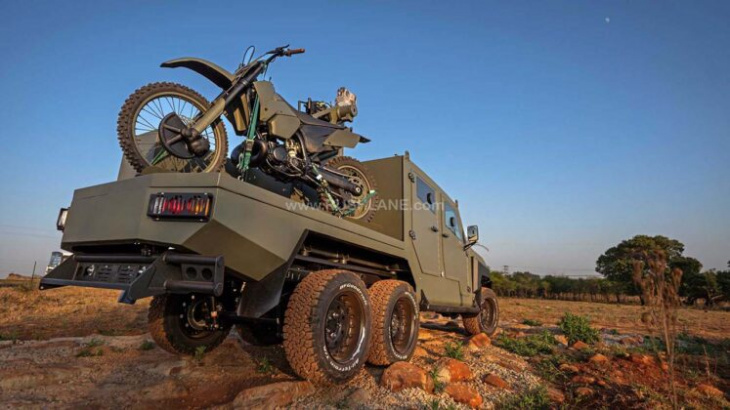 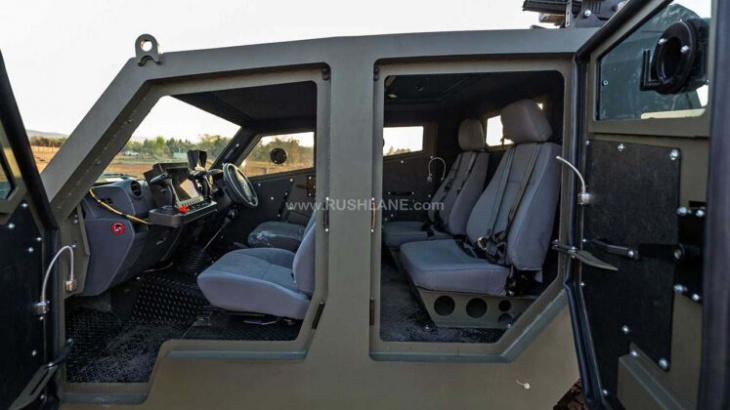 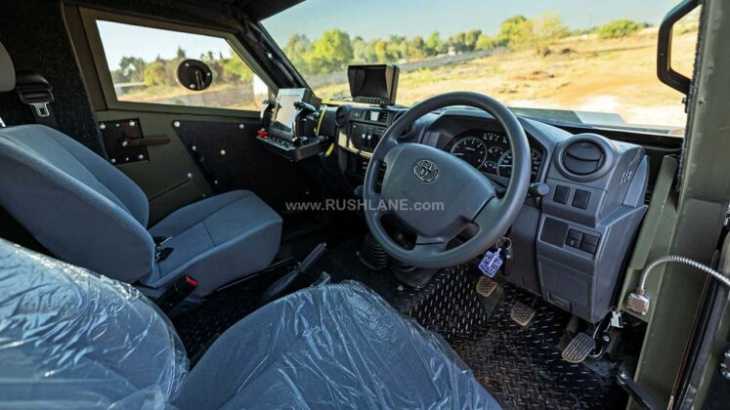 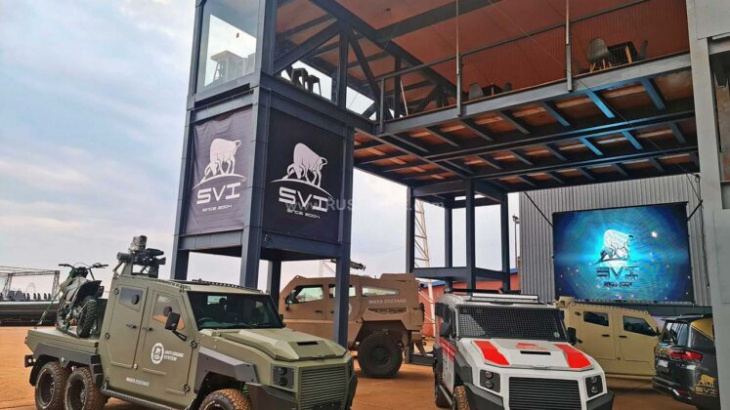 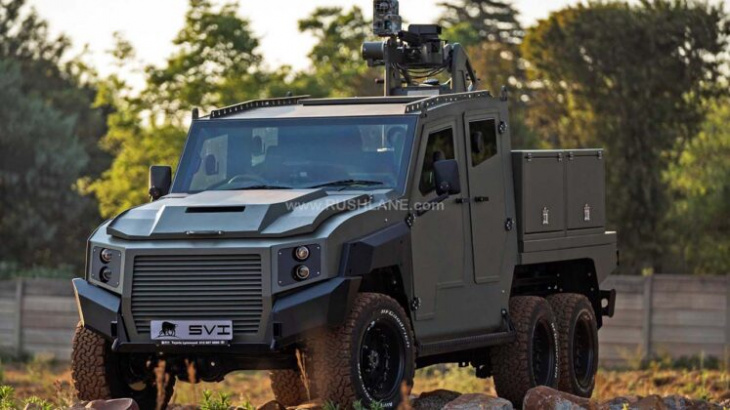 U.S. News Says to Avoid the 2020 Toyota Land Cruiser But Should You?

If a '90s-Era Toyota Land Cruiser Isn't Nostalgic Enough, Flex Will Take It Back to the '80s