The plant in Saint Petersburg has been shut down since March. The closure is now permanent. 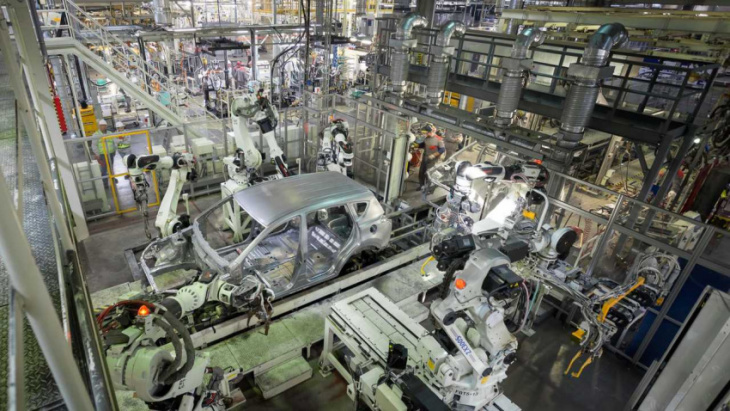 Toyota suspended operations at the Saint Petersburg facility on March 4, just over a week after Russia launched its invasion. Sanctions placed on Russia caused severe interruptions in supply lines, though Toyota has kept the plant in a ready-to-launch state for the last seven months should circumstances change.

In a statement from Toyota released on September 23, the company sees no indication of restarting operations anytime soon, thus making the closure permanent. Employees affected by the closure will receive assistance from Toyota for re-employment, training for new skills, and “well-being, including financial support above legal requirements.”

Construction of the Saint Petersburg facility began in 2005. Production launched in 2007 with the Toyota Camry, and later expanded to include the RAV4 in 2016. At full capacity, the plant could build 100,000 vehicles a year which were sold primarily in Russia. Some models were exported to nearby countries such as Belarus. As for the plant’s future, Automotive News Europe reports that Toyota could sell the facility though nothing is official. A Toyota spokesperson told the publication that, if the factory is sold, it won’t simply build rebadged Toyotas.

The end of manufacturing in Russia doesn’t mean Toyota will leave the country entirely. With vehicles on the road and a retail network in place, the automaker will still have a presence in Moscow to handle service for existing Toyota and Lexus customers. However, even that part of the business will be restructured to fit the current situation.