This could be a surprise, but the new Toyota Prius is genuinely attractive. This fuel-efficient ride finally got its glow up! Not only does the 2023 Toyota Prius look better, but it drives better too. Check out the improvements! 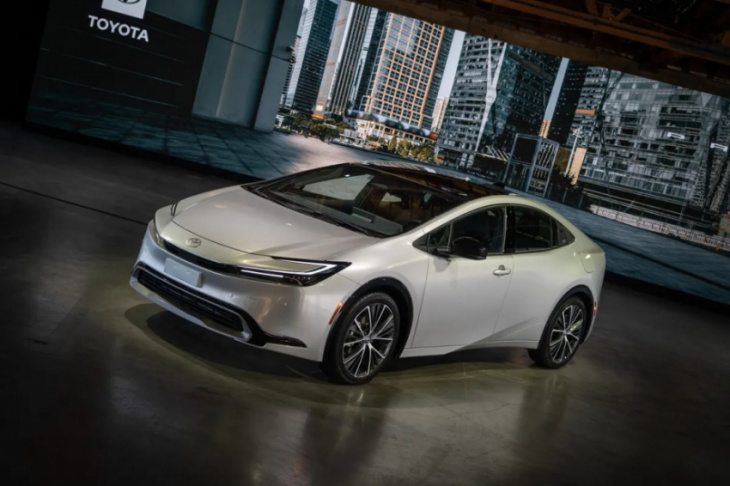 You might not recognize the 2023 Toyota Prius because it shed its old awkward style. It used to look like an awkward cross between a wagon and a hatchback. The proportions just didn’t seem to fit.

Now it has a sleek new body shape and sidelines with a restyled front and red end. The thin LED headlights wrap around the grill, and the taillights span the width of the bumper. Overall, it seems more athletic and confident.

Some say it’s like the Prius hybrid was reborn. It’s also two inches lower than before and one inch wider. This could lead to a smoother ride and improved handling. But the fifth-generation Prius still has a few accents that pay homage to the original style.

How much power does the 2023 Prius have?

According to Car and Driver, the new Prius is expected to accelerate from 0 to 60 mph between 6.6 to 7.2 seconds. This is pretty exciting, especially when considering that the older models take over 10 seconds to reach 60 mph.

The Toyota Prius Prime has a plug-in hybrid setup with 220 hp. However, the official specs haven’t been revealed. Also, each Prius model has a lithium-ion battery pack instead of the old nickel-metal-hydride units.

The 2023 Prius Prime should get an estimated range of 38 miles per charge, which is up from 25 miles. The Prius could get up to 57 mpg with FWD and 17-inch tires. Adding all-wheel drive and 19-inch tires could reduce these figures a bit.

This gives us a lot to think about. Could it provide the possibility of new off-roading driving modes? Or does being two inches lower kill our off-roading Prius dreams?

Is the new Prius interior nice?

The 2023 Toyota Prius interior is loaded with upscale upgrades and modern tech. While an 8.0-inch touchscreen comes standard, you can upgrade to the 12.3-inch unit. Plus, a power tailgate and digital rearview mirror are available.

With the 2023 Prius Prime, you can add solar panels to the glass roof to gain a little extra juice while parked. It helps power accessories such as air conditioning. Traffic jam assist allows for some hands-free functions at speeds under 25 mph too.

The 2023 model could start around $30,000, but we have to wait to learn more. The new Prius should be available in a few months.

Not only does it look better, but it has more power and a better range. We can’t wait to get behind the wheel to see how it feels. Stay tuned for more updates.

Keyword: The 2023 Toyota Prius Finally Got One Hot Makeover