The 2023 Kia Sportage Made a Classic Tech Mistake

We’re beyond excited to be spending a week with the new Kia Sportage. It has a totally revamped exterior and interior design. However, the 2023 Kia Sportage made a decision with tech controls that could lead to frustration.

How to turn up the volume in the 2023 Kia Sportage 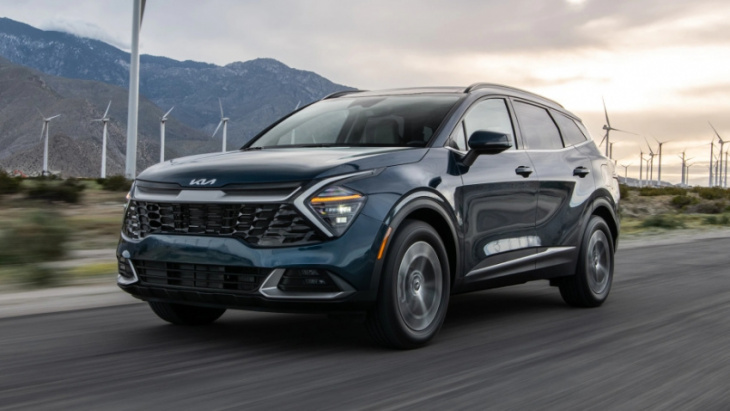 To adjust the volume in the 2023 Kia Sportage, you can access a rotary dial on the steering wheel that you manually adjust. You won’t find a physical knob for the music volume or radio tuner near the infotainment system at first.

You can also turn the volume up on your phone if you’re using Apple CarPlay or Android Auto. Or you can tap the home button, go to setup, sound, volume, then phone projection. The process isn’t exactly straightforward.

To change the climate control buttons to radio controls, go to media setup, hit the ‘button’ button, and swap the controls. Then instead of AC control, you have volume control.

Flipping through so many different menus can be distracting, especially while driving. But you can’t connect your phone via Bluetooth unless the Sportage isn’t moving. It’s a bit easier with a physical cord.

We’ve seen this issue before with the Honda CR-V and Honda Ridgeline, but updates were made to add more physical controls. Also, this isn’t a big deal until your passenger keeps asking you to adjust the volume with the steering wheel controls.

Does the Kia Sportage have good tech?

Yes, the 2023 Kia Sportage is loaded with modern and advanced tech. The lack of physical controls is the biggest issue and one of the only problems. The system has been a little laggy and freezes from time to time.

But we won’t hold that against the Sportage until there has been time to work out the kinks. The system in the Jeep Grand Wagoneer wasn’t up to par when it first rolled out, but now it seems flawless.

The Sportage comes with a standard 8.0-inch infotainment display along with a digital gauge cluster. We recommend upgrading to the 12.3-inch screen. It spans from behind the steering wheel to the center of the dash.

The graphics look crisp and vibrant, and there are plenty of neat features. For example, the quiet mode limits the radio volume, and you can access relaxing sounds of nature, such as waves crashing on the beach.

You’ll find that the wireless phone charging pad is in a convenient location, the Hardon Karmon premium audio system sounds great, ventilated seats are available, and we’re fans of the hands-free power liftgate.

Does the Sportage have good safety features? 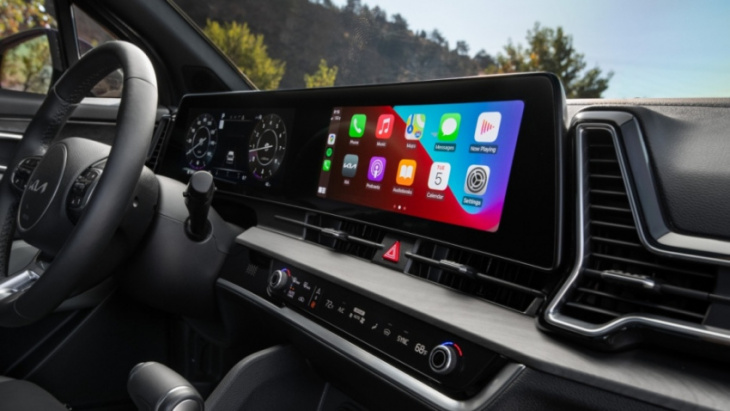 Yes, according to Car and Driver, the 2023 Kia Sportage is incredibly safe. It has standard forward collision warning, automated emergency braking, lane-departure warning, and lane-keeping assist.

Overall, the Sportage has a lot to offer. But the tech could be a little more user-friendly and intuitive with more physical controls. Stay tuned for our full review.

Keyword: The 2023 Kia Sportage Made a Classic Tech Mistake