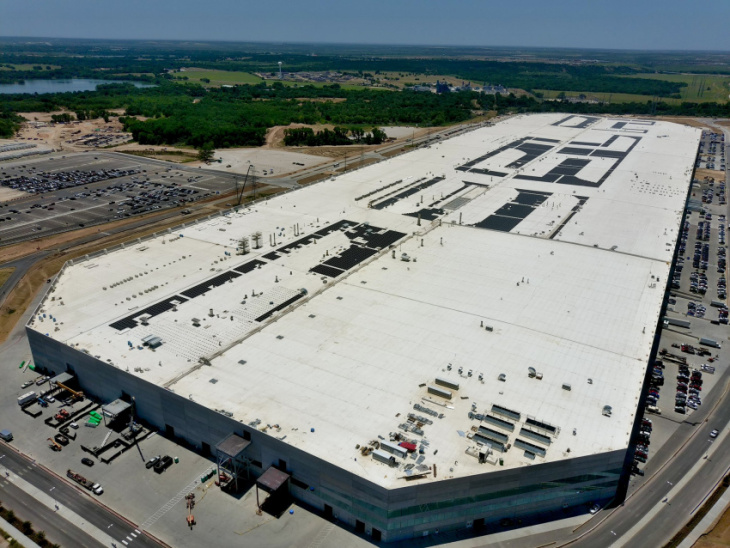 Tesla’s self-inscription of its name atop Gigafactory Texas with solar panels continues on. The company has officially started making some serious progress to the letter ‘T’ in the design and is nearing completion just months after the factory started production of Tesla’s electric vehicles.

On Thursday, Gigafactory Texas drone operator Jeff Roberts captured images of the solar array on top of Tesla’s newest manufacturing facility, giving the best look of the progress that has occurred so far at the factory. It will likely be one of the largest advertising mediums in the world, giving everyone who flies above Giga Texas on their way in or out of Austin International Airport an instant indication of what the building was used for if it was not already known.

While only a few select factories were expected to utilize solar panels in the 2020 Report, Tesla stated later that it would be covering roof space at all of its new factories with solar panels. By the end of last year, Tesla had installed solar panels with a capacity of 21,405 kW, and will continue to do so as long as the project is “economically feasible.”

Gigafactory Nevada continues to be outfitted with solar panels and is expected to be covered by the end of the year, Tesla predicts. Meanwhile, Gigafactory Texas’s solar project continues on.

The factory began production of the Model Y earlier this year and deliveries were launched in April at the Cyber Rodeo event Tesla held at the factory. The factory produced the first U.S.-made Model Ys with the 4680 battery.