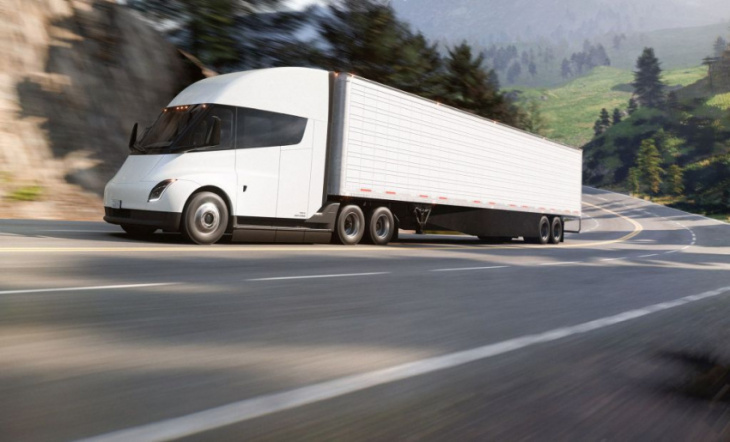 SAN FRANCISCO: Elon Musk is proud of the latest advances for Tesla’s electric truck, and took the time to announce it on Twitter: Semi was able to complete a trip of 800km, with a load of over 36,000kg.

These revelations come as commercial production of the vehicle gets underway — with the first deliveries expected by the end of the year.

Unveiled in 2017, the Semi is Tesla’s first signature truck. Entirely electric, it is presented as the most powerful and safest truck of its kind according to the American manufacturer.

Like the cars produced by Tesla, it will also feature Autopilot, the semi-autonomous driving system that regulates speed and helps avoid the risk of collision.The range of its basic version is noted at 500 km.

Like the sedans and SUVs already in Tesla’s catalog, the Semi is set to be available in several versions, including one with a record range of 800km. Note that Tesla’s dedicated Semi chargers can charge the vehicle to 70% in just 30 minutes. If necessary, special stations can be installed in warehouses.

Prices will start at US$150,000 (RM672,000) for a basic version of the Semi, with its more limited range. For the moment, due to limited production, the Semi is only available in the United States and Britain.

Interested transporters in other regions will have to be patient. In the United States, large companies such as DHL, UPS and Walmart have already placed several orders, which should enable them to make significant fuel savings rather rapidly.

But as the industry waits for the Tesla Semi to come out, other major players in the secotr have taken up the challenge of putting more sustainable, environmentally friendly electric trucks on the road.

Chinese group Geely, Daimler and Volvo are all already working towards future production runs of this type of vehicle.

The match between electric trucks is on. Hydrogen-powered models are also expected to hit the roads soon.

Keyword: Tesla's electric truck will be able to travel up to 800km on a single charge