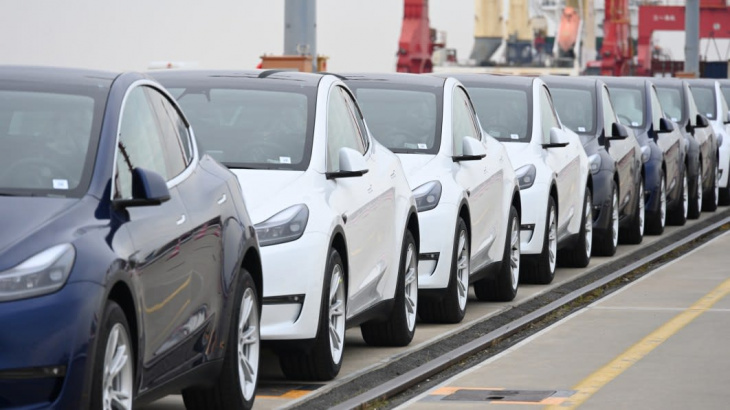 SHANGHAI — Tesla plans to hold production at its Shanghai plant at about 93% of capacity through the end of year, despite a recent upgrade, two people with knowledge of the matter said, in a rare move for the U.S. maker of electric vehicles.

Since the plant opened in its second largest market in late 2019, Tesla has sought to run the facility in China’s commercial hub at full capacity, and recently upgraded its weekly output by 30%, to a maximum of 22,000 vehicles.

The sources, who spoke on condition of anonymity as the matter is not public, did not give a reason for the decision not to run the plant at full tilt, though one said the figure was lower than he had expected.

Tesla did not immediately respond to a request for comment on Tuesday.

However, the company’s move comes at a time of growing competition from domestic manufacturers of electric vehicles (EV) in a sharply weakening economy, as consumption falls amid strict COVID-19 curbs.

The upgraded factory can produce 14,000 Model Ys and 8,000 Model 3s, the sources added. Tesla has sought to keep it running at full capacity, except during the upgrade and a city-wide COVID-19 lockdown for two months this year.

But that pace is much weaker than the overall market for new energy vehicles over the same period, which saw sales more than double.

Since last month, the company has cut delivery waiting times in China at least four times, to a minimum of a week now, besides offering a rebate of 8,000 yuan ($1,100) to buyers of Tesla insurance who take delivery between Sept. 16 and 30.

Analysts have said the moves aim to lock in more orders.

In the next few months, rising competition is expected to intensify a price war among EV makers, said Shi Ji, an analyst at China Merchants Bank International.

Tesla sold 60% of its China-made cars in the domestic market during the first eight months, and exported the rest to overseas markets such as Australia, Europe, Japan and Singapore.