Tesla has officially replaced a Model S Plaid that was totaled by a Service Center employee following a wheel bearing replacement. The owner, Jeff, updated us on the situation this morning and told us Tesla did replace the car, but he is waiting for significant financial reimbursement from the automaker.

Earlier this month, Teslarati reported that Jeff, a Model S Plaid owner, received a call from the Tesla Service Center in Plano, Texas, after a routine service appointment when the vehicle had only a few thousand miles. Jeff was told by Tesla that his car had been totaled by a Service Center employee, and police reports recovered by Teslarati showed the employee was found liable for the accident and charged with “Failure To Yield – Stop Sign.”

Tesla had not given Jeff a loaner vehicle nor had obliged with a previous statement that made him believe they would replace his vehicle with a clone located at a Showroom in Texas. While Tesla partially abolished its policy of providing loaners or Uber credits, Jeff’s situation was slightly different. Jeff and Tesla were at a standstill until our coverage. Less than an hour after we published the story, Jeff had been contacted by Tesla and told to remain patient.

Three days after the story, Jeff contacted me and told me that Tesla had a Model S Plaid on the way from Fremont. Jeff was hoping to take delivery by September 18, as he spends half the year at a vacation home in Mexico. Jeff ultimately delayed his trip to take delivery of the vehicle yesterday on September 20.

He confirmed to Teslarati yesterday that the car was in his possession. “It’s fabulous,” he said. However, Tesla is still working with Jeff to iron out the financial situation. 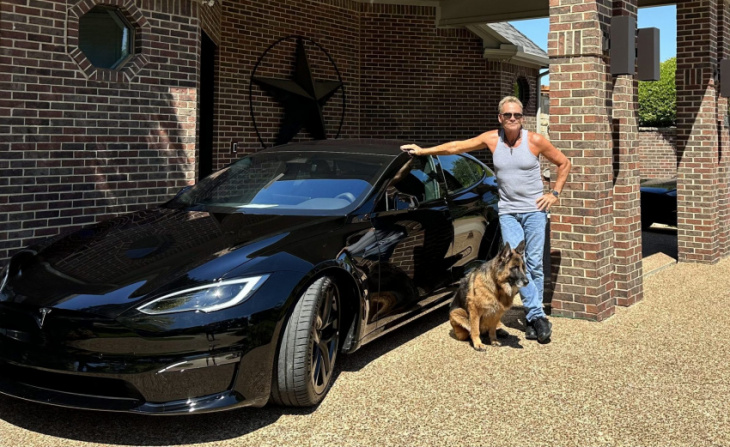 “I’m still liable for more than $252,000 to replace a car I could purchase for $160k,” Jeff said. He paid Tesla over $50,000 to relinquish a loan on the previous vehicle. However, upon picking the vehicle up, Jeff said Tesla took an additional $137,000 out of his account. “This has been the most dysfunctional process I’ve ever seen in my life,” he added.

Jeff clarified this morning that Tesla acknowledged the additional funds taken from his account and stated they did not know how it happened as Jeff did not authorize the purchase. However, they assured him the money should be returned within 10 days.

Overall, Jeff is happy he has the car, but is not impressed by the unorganized process. He hopes to have his money returned in the coming days, and said that he still is a fan of Tesla despite this experience.