The Model Y has arrived in New Zealand, and these Model 3 owners were quick to order one and take delivery. 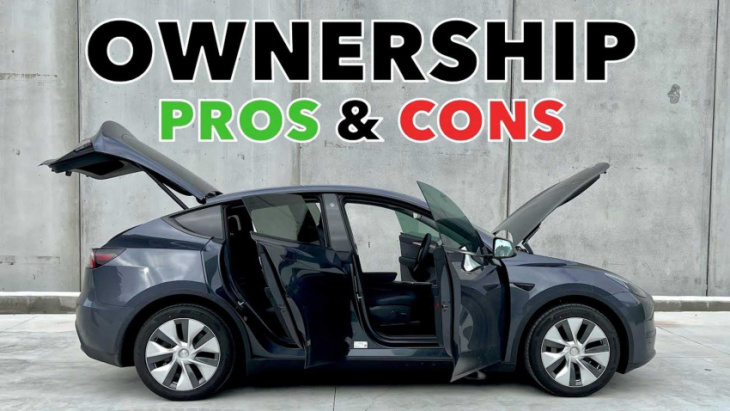 Tesla Model 3 owner Glenn just splurged for a Model Y after the electric crossover finally made its way to New Zealand. Clearly, he liked the Model 3 or he wouldn’t be investing in its larger and pricier sibling. Glenn talks about what sets the Model 3 and Model Y apart and highlights the many pros and cons of having a Model Y as a daily driver.

For those unaware, the Tesla Model Y just recently arrived in New Zealand. Glenn and Glenn of the YouTube channel Omni Garage placed an order for the 2022 Model Y within the first hour it became available in the island country down under. Fortunately, it all worked out as planned, and the Glenns were able to become proud owners of one of the very first Model Y crossovers in New Zealand.

Prior to getting their hands on the new Model Y, Glenn and Glenn owned a 2021 Tesla Model 3. In fact, it was their daily driver for the last nine months, so they already have a pretty good handle on Tesla ownership.

Glenn explains that the Model Y is the entry-level rear-wheel-drive variant that’s only available in select global markets. He also notes that the reason they chose the particular configuration is due to the fact that it’s eligible for government incentives.

At any rate, Glenn appreciates that the Model Y is larger than the Model 3 in just about every way, and the seating position is higher. If you’re one of the majority of Americans who currently drives an SUV or a truck, the Model Y will likely be easier to get acquainted with than the Model 3. Not to mention the fact that it’s much more practical than its smaller sibling.

Glenn goes on to talk about how much he likes the Model 3 and Model Y’s simple interior and center touch screen. He also reminds us that the Tesla you buy today isn’t the Tesla you’re going to end up with over the long term thanks to the automaker’s free over-the-air software updates.

As far as performance is concerned, the Model Y is sporty for an SUV, but it’s not as light or agile as the Model 3. Since it’s bigger and heavier, the Model Y doesn’t have as much range, and it doesn’t accelerate as quickly. However, that’s typically the price you pay when you opt for a vehicle that’s more accommodating and family-friendly.

Glenn has plenty to say about the Model Y, and he provides an in-depth look at the popular EV for over 30 minutes. With that said, we’ll leave you to watch it. Once you’ve had an opportunity to check out the video, leave us your thoughts in the comment section below.