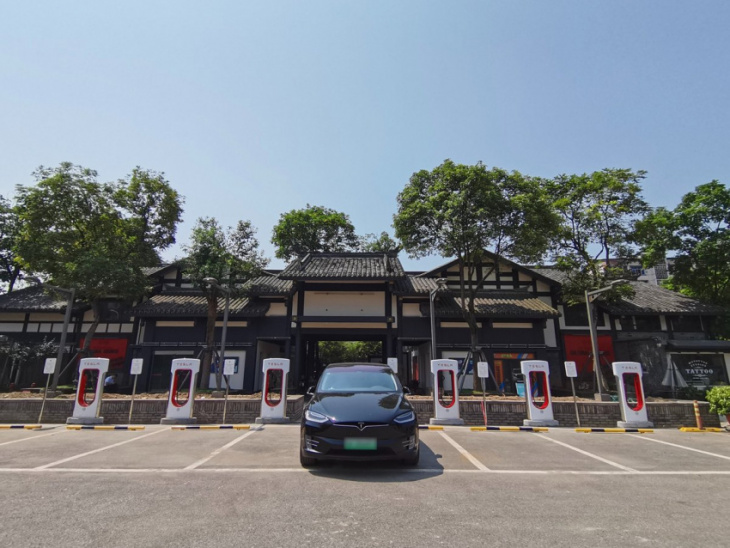 40k Superchargers around the world — and counting pic.twitter.com/w6tShTkwPA

By building out its own network of DC fast chargers, Tesla was able to prevent its customers from depending on other companies to charge while on the go. Tesla’s investment in its charging network has made it the largest DC fast-charging network in the world, and it’s only growing from there.

Tesla has begun opening the network to non-Tesla EVs and, according to the White House, has plans to do so in the U.S. by the end of 2022. In November 2021, Tesla launched its Supercharging Pilot Program in Europe, which allowed non-Tesla EVs to charge at its stations, following a tweet from Elon Musk stating that the charging network would open to other automakers.

Italy is the most recent European country to join the pilot program. Although not on the list for the pilot program, Australia will also see non-Tesla EVs at Supercharging stations. Leaders from the province of New South Wales confirmed that all Tesla Supercharger sites funded under the government’s ultra-fast charging grants would be available to all EVs.