Reports from China also claim that Tesla will soon cut Model 3 and Model Y prices for the local market. 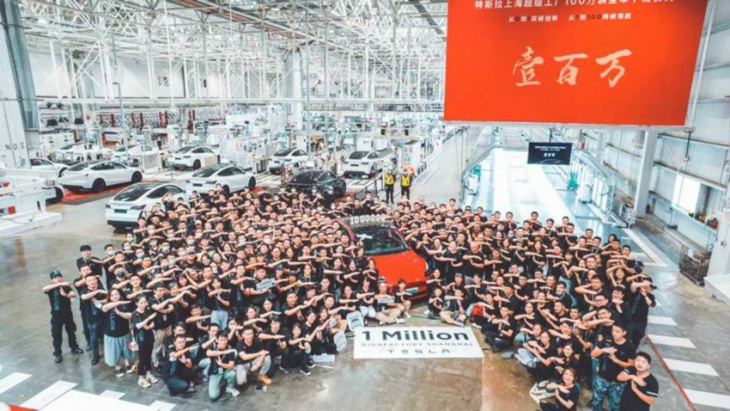 The recent completion of Gigafactory Shanghai’s production capacity expansion may show its effect on the plant’s output as early as this month.

Reports from China claim Tesla’s local subsidiary is expecting to break its all-time monthly vehicle delivery record in September by reaching between 80,000 and 90,000 domestic deliveries.

If this prediction proves accurate, it would mark a significant increase over June 2022, the previous best-selling month when the company delivered 78,906 vehicles to customers, most of them in China. Tesla traditionally saves the last month of each quarter to satisfy domestic demand, delivering vehicles almost exclusively in China.

The recent production upgrades in Shanghai have led to shorter delivery times for the Tesla Model 3 and Model Y in China. For most models, the estimated delivery times are between 6 and 10 weeks, except for the Model Y RWD (1-4 weeks) and Model Y Long Range AWD (10-14 weeks).

However, according to a report from jiuyangongshe.com (via Teslarati), the goal of achieving 80,000-90,000 vehicle deliveries this month is quite ambitious seeing as insurance data from previous weeks suggested that Tesla seemed to be having delivery challenges in the country.

Mind you, the shorter delivery times are not good news for everyone. Scalpers who book vehicles early and resell them later for large profits are reportedly affected as more buyers prefer to avoid doing business with them and wait for their vehicle orders from Tesla.

Furthermore, many customers are delaying deliveries because they expect Tesla to announce a drop in prices in October. The aforementioned report suggests that Tesla will reduce its Model 3 prices by RMB 20,000 ($2,700) and Model Y by RMB 28,000 (3,900).

The recent production upgrades at Gigafactory Shanghai are expected to contribute decisively to the automaker reaching its goal of manufacturing 22,000 Model 3 and Model Y vehicles per week (or approximately 3,000 per day) at the Chinese plant.

By the end of 2022, the factory is expected to reach an annualized production run rate of 5,000 cars per day.

Two million people watched Tesla deliver its all-electric Class 8 Semi trucks to its first customers live on Twitter. The Tesla Semi, which is a non-consumer product targeted at business-to-business customers, was received by Frito-Lay and PepsiCo on Thursday night at the company’s Gigafactory in Sparks, Nevada. Tesla always live ...