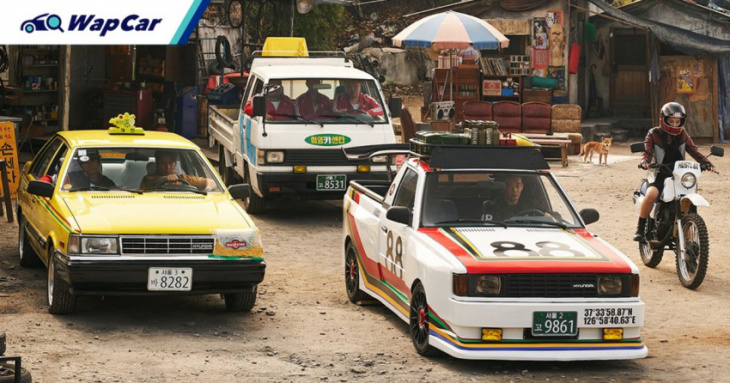 Korea’s latest high-speed car-centric movie Seoul Vibe has finally dropped on Netflix and there is no shortage of retro Hyundais.

Set in the backdrop of 1988 Seoul as the country geared up for the Olympic games, a group of talented drivers from the Samgyedong Supreme Team found themselves embroidered in an investigation of government slush funds.

Motor is also proud to point out that the movie also features the first-generation Grandeur (Azera), Pony Pickup, Porter light truck, and old sedans such as the second-generation , Stellar, and Cortina. 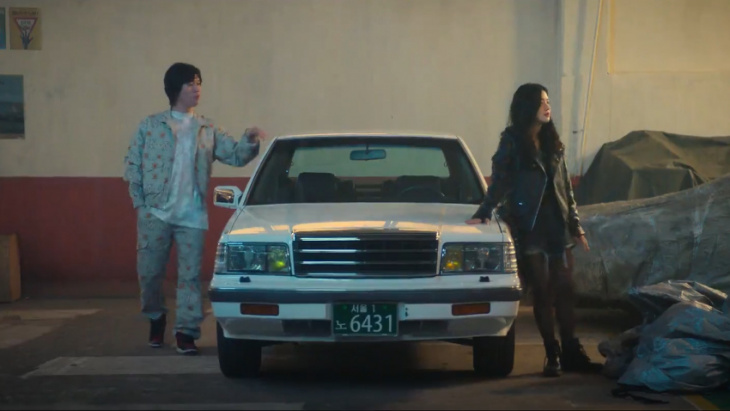 The company also especially directed our attention to the white-coloured first-generation Grandeur featured in the movie as it symbolises its pioneering status as Korea’s flagship premium model. The car, Hyundai explains, played a huge role in acting as a bridge between generations in the ‘80s.

To continue in that vein, Hyundai is once again using the Grandeur as a means to bridge that generational gap as the company plans to unveil the silhouette of the all-new Grandeur through the spin-off version of Seoul Vibe.

From what we understand, it wouldn’t just be a simple preview, the unveiling will be written into the story of the movie itself. The digital advertisement will provide hidden hints about the upcoming model that is expected to launch at the end of this year.

The release of Seoul Vibe also marks Hyundai’s step into diverse experiential marketing content on digital channels. These contents are specifically targeted at millennials and Gen Z consumers, it will also spotlight the newtro (new-retro) hipness of the brand. 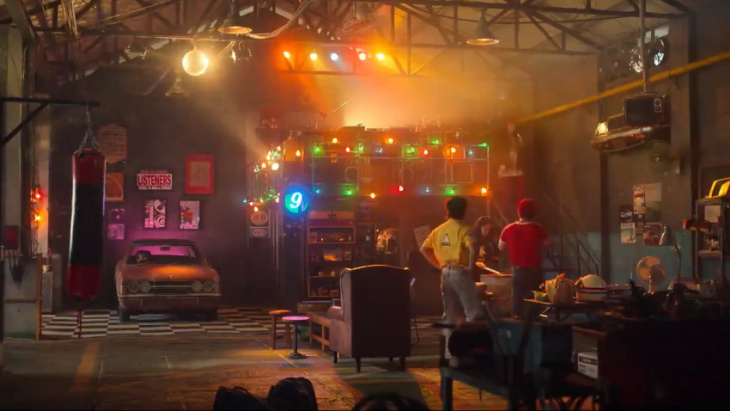 To add to the fun, Hyundai has also recreated the garage from the movie on Zepeto, the global metaverse platform, to provide a virtual experience space where visitors can assemble and drive the vehicles featured in the movie.

PETALING JAYA: Hyundai-Sime Darby Motors (HSDM) launched the feature-packed 10-seater Hyundai Staria today with three variants to choose from. As is usual now with Hyundai nomenclature, it is offered in Lite, Plus, and Max variants, starting from RM179,888. Designed for big families and businesses, this 10-seater version, with a ...

Keeping hydrogen ticking over too EV supply chain problems linger Ampol CEO Matt Halliday (Supplied). Ampol has opened another front in the battle for electric vehicle business with plans to sell bundled home charging kits and power to owners of Hyundai EVs. “As the nature of mobility changes and ...

Noted auto writers Jill Ciminillo and Kristin Shaw will pilot the truck in the all-woman rally.

Ford’s GT has almost reached the end of production, at least for the current generation of the supercar. Before it bows out there will be one last special edition, the 2022 Ford GT LM Edition. As the name suggests, the car is a celebration of Ford’s successes at the ...

Ahead of the start of sales in Europe this year, Hyundai has updated the expected range for its upcoming IONIQ 6 streamliner. While the EV’s WLTP range only saw an increase of a few miles compared to its initial debut, its other specs like drag coefficient and energy efficiency ...


View more: Hyundai IONIQ 6 nears 400-mile range as one of the most aerodynamic and energy-efficient EVs in the industry

Hyundai opens reservations for the first hotel powered entirely by EVs, complete with a restaurant, bar, and cinema