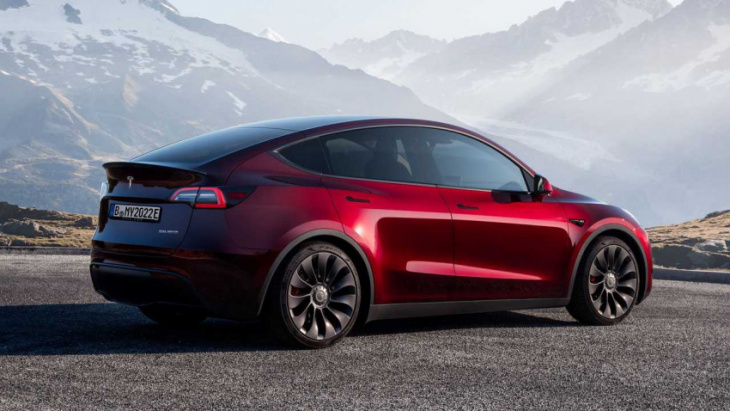 Tesla consumes some astonishing volumes of lithium-ion batteries to fuel its sales growth. Today we will take a look at some of the results through September.

According to Adamas Intelligence, September was Tesla’s best month ever in terms of electric car deliveries, estimated at 190,255 (globally).

From January 2021 through September 2022, Tesla delivered about 1.848 million all-electric cars.

An interesting thing is how much battery capacity (in watt-hours) the company deployed, according to Adamas Intelligence estimations.

Let’s note that some Tesla models are equipped with up to around 100 kWh battery, but the majority (Model 3/Model Y) is probably between around 60 kWh and up to over 80 kWh. Tesla does not communicate the exact battery capacity of its models, which varies between particular versions and changes from time to time with new battery types or even software updates.

In the period between January 2021 and September 2022, Tesla apparently deployed 132.9 GWh of batteries. That would be around 71.9 kWh per car on average if we compare the numbers.

Adamas Intelligence reports also numbers for BYD, the second biggest all-electric car manufacturer, which also offers plug-in hybrids (the sales mix between BEVs and PHEVs is about 50/50 this year, compared to 45% BEVs in 2021).

It means that Tesla consumes about two times more batteries than BYD, which does not surprise us that much considering the long-range electric cars that Tesla sells.

Adamas Intelligence noted also that Tesla used roughly twice as much lithium, 17 times as much nickel and fourtimes as much cobalt as BYD. That’s because Tesla uses a lot of nickel-rich NCA and NCM battery chemistries (plus LFP), while BYD relies mostly on LFP (and some NCM).