Just look at this beast of a truck. It’s like turning a corner and coming face-to-face with a velociraptor. This is the Paramount Group’s Marauder, and if it looks familiar, it should. Most Americans got their first glimpse of this military monstrosity on “Top Gear.” But that was 11 years ago. Now, it has come marauding back even more over-the-top menacing than the last time you saw it.

Was the Paramount Marauder on Top Gear? 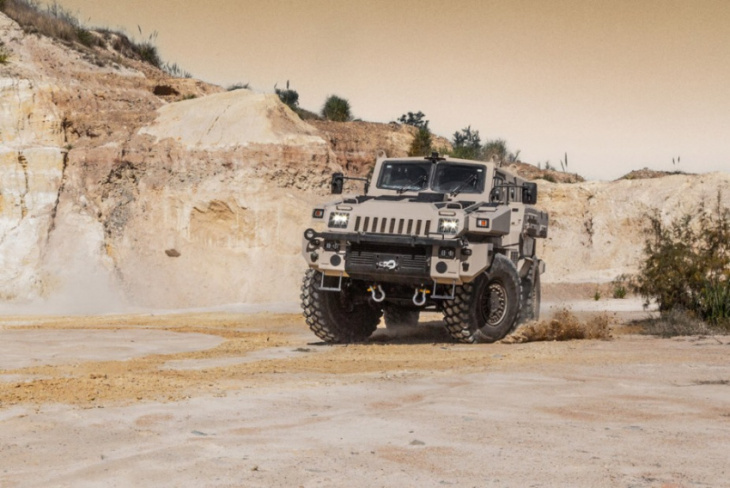 In season 17 of “Top Gear,” Richard Hammond test drove the Paramount Marauder. But around the world, things are now a lot more dangerous. So, how can you have an apocalypse machine without land mine protection? Or without being able to withstand IED bombs?

For the Marauder to withstand those threats and more, significant modifications have developed. Paramount sought to have the Marauder capable of even more dangerous missions for its users. For everyone to get a shot at its improvements and protections, now it comes with left-hand, or right-hand drive. And for real versatility, in under two hours, it can be swapped between left-hand and right-hand drive.

Can the Marauder withstand land mines? 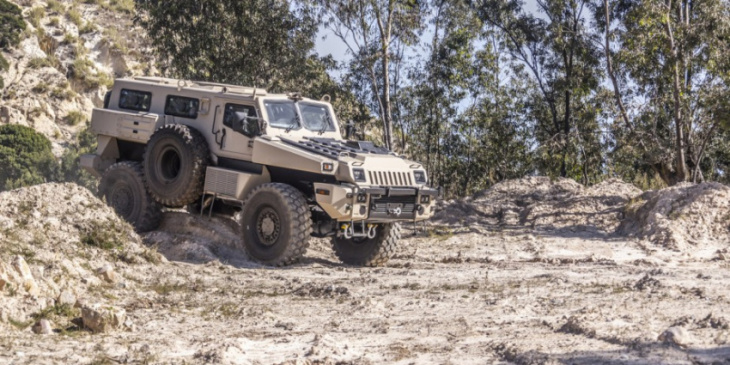 The Marauder Mark 2 now features an armored double-skinned monocoque body, for increased land mine and ballistic immunity. To improve driver inputs and communications, the cockpit has received upgrades as well.

“Impressive developments in man-machine interfaces often go unnoticed, however, the systems which we have incorporated within the new Marauder ‘Mark 2’ have made great strides in improving ergonomics, comfort, and functionality,” Paramount Land Systems says in a statement. “The improvements in the Marauder’s operator interfaces will increase usability when operating in rugged conditions, while at the same time reducing driver and crew fatigue, making the platform more comfortable and user-friendly, keeping troops safe and battle Ready.

What are some of the countries that use the Marauder?

If you think Paramount is kidding, it is not. Africa, the Middle East, South East Asia, and Central Asia armed forces already use the Marauder. And its versatility extends to extreme conditions like temperature. It can operate in minus-4 degree to 122-degree environments.

“In keeping with our 27-year track record of manufacturing innovative solutions to optimizing our customers’ response capabilities to the threats faced in Africa and around the world, we are also pleased to report that we have today increased our own speed of production,” Paramount’s statement continues. “We can now manufacture vehicles for stock purposes as opposed to manufacturing based on customer orders, delivering faster solutions for those partners with urgent demands, whether they are operating right or left-hand drive vehicles.” 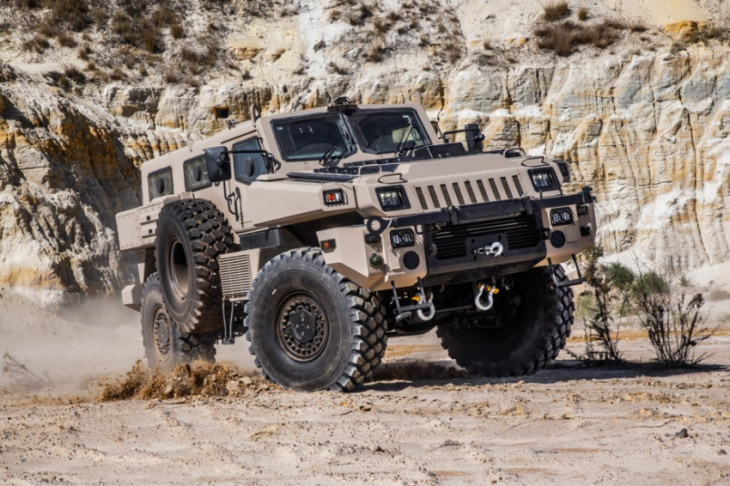 Should conditions in your area become a war zone, you can order a Paramount Marauder for your own. Priced at only $485,000, you’ll need to place that order now in order to get one in time for whatever is brewing in the hood. So far, Paramount has produced over 250 Marauders for its exclusive customer base. If you do get your Marauder in the near future, let MotorBiscuit know. We would like to test drive it to see if it lives up to all of the hype.

How did the thief prove it wasn’t a stolen truck? Why did the couple pay cash for the stolen truck? The stolen truck was an Avis rental truck The couple could also be charged with a crime Car theft with fake registrations is rampant. A couple in Houston found ...


View more: Thief Sells Couple a Stolen Ram Rental Truck for $16000: If It’s Too Good to Be True…

The revelation that the scholarship prize fund for winning Indy Lights has been more than halved has far-reaching consequences – and not just for runaway 2022 champion Linus Lundqvist and his hopes of graduating to IndyCar. It’s also an unwelcome distraction at a time where Indy Lights, which from ...

Image: Riz Akhtar Tesla has begun production for the next round of Model Y deliveries to Australia, with order holders reporting progress over the weekend of their RWD orders. Many have been told that their orders are being brought forward after being advised of a “build date” of Friday ...


View more: RAM Concepts We Wish Were Made

With the continued roll-out of Gazoo Racing (GR) branded models, Toyota is establishing the “GR Pyramid” for its high-performance brand. “The GR product hierarchy comprises four levels; represented as a pyramid,” said Toyota. Each tier sees different enhancements including cosmetic, handling, and engine tweaks, though availability varies from region ...


View more: Toyota GR pyramid – Everything you need to know

Ram is 'actively and aggressively' looking at smaller trucks

What’s Going On With the Ram Dakota?

Hurry, Get the Ram 1500 EcoDiesel Before It’s Gone

How Is Ram Upgrading the Tech in Their 2023 Heavy-Duty Truck Lineup?