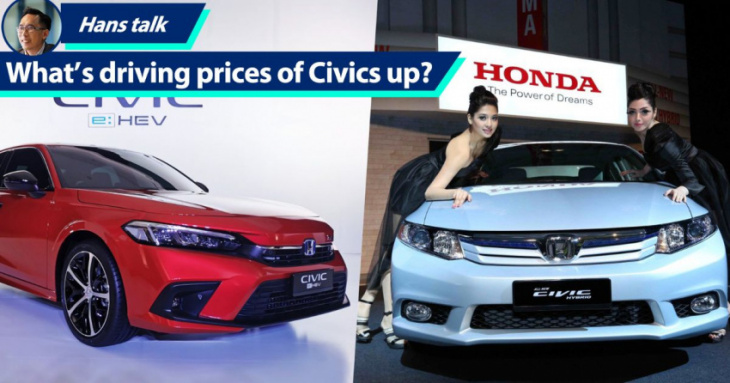 On Tuesday, Honda Malaysia launched the 2022 e:HEV RS. The locally-assembled, top of the Civic range e:HEV RS hybrid variant is priced at RM 166,500. 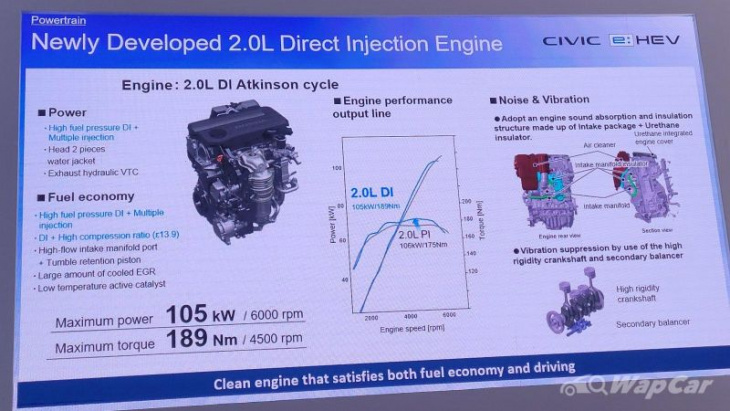 A big chunk of the money goes to the LFC-H4 Atkinson cycle engine, which is an all-new unit, now incorporating direct injection, a feature that was previously unavailable in older 2.0-litre Honda hybrid models like the outgoing generation Accord (available in Thailand but not Malaysia).

The Civic hybrid’s engine will also be rolled out in the recently announced all-new (USA) and (USA and Europe).

In the minds of customers, the circa RM 150k – RM 200k price range is for a mid-size executive sedan like a Honda Accord, not a compact family sedan like the Civic.

But that was then. Today, a starts at RM 187,400. Add Honda’s signature Sensing suite of safety features and the price will rise to RM 197,400. That’s still cheaper than rival , which is no longer locally-assembled (CKD), but imported (CBU) from Thailand, priced at an eye-watering RM 209,800.

The reasons behind the sharp increase in prices are varied – our Ringgit is a lot weaker today, even after discounting the temporary strengthening of the US Dollar; inflation is another issue; tightening exhaust emission regulations in many parts of the world including Thailand also mean that new cars are being launched with cleaner but more expensive engines.

For example, the low cost and ultra-reliable R18 1.8-litre i-VTEC engine is no longer in production. Its discontinuation is responsible for bumping the Civic’s starting price from the previous FC generation’s RM 113,600 to the current FE’s generation’s RM 130,700 – a massive RM 17,100 increase.

The nature of our vehicle tax structure also means that a nominal 3 to 5 percent increase in cost will quickly balloon to a 10 percent bump in the price list, because our taxes are laid on top of one another. Sales tax for example, is calculated after excise tax is added. 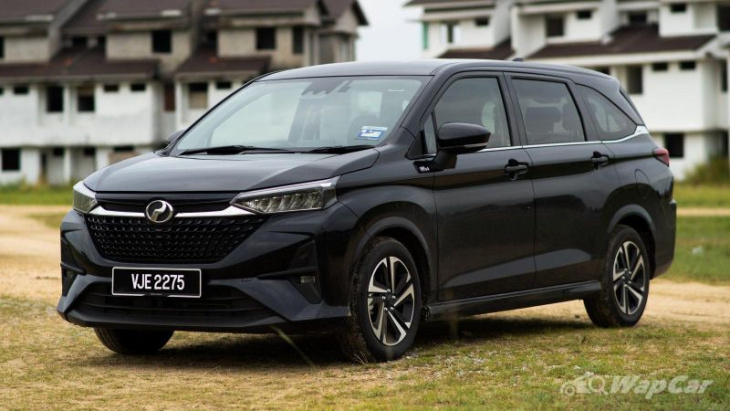 So yes, this is the reality of today’s car market. This also means that our quasi-national car brands Proton and Perodua are strengthening their positions, with a market share that’s inching quite close to 60 percent. It’s 57 percent as of October 2022. In 2014, that figure was just 47 percent.

Still, this is not the most expensive non-Type R Civic ever to be sold in Malaysia. Back in 2014, shortly after the expiration of import and excise duty exemption for imported hybrid vehicles with engine capacity under 2,000 cc, the FB generation Honda Civic Hybrid was listed for RM 185,500. 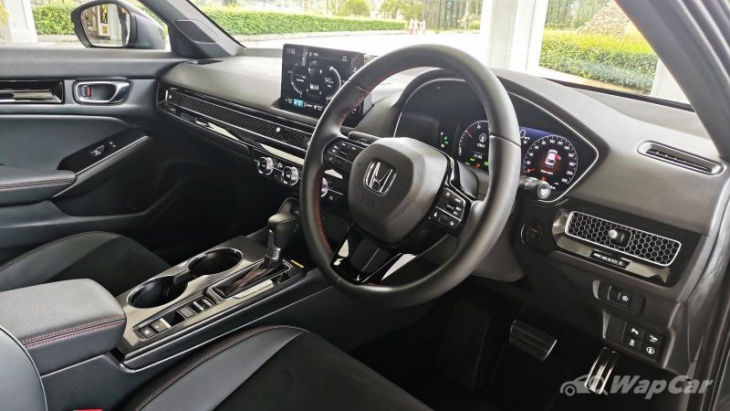 It is doubtful if Honda Malaysia sold any units at that price, but it didn’t matter because by then, Honda Malaysia had already stopped importing the model. Whatever units registered in 2014 were actually 2013 manufacturing year cars. The RM 185,500 price was listed as a reference to anyone who wanted to make a special order the 2014 model.

Prior to that, the tax-exempted Civic Hybrid was sold at just RM 119,800. The FB generation Civic Hybrid was launched here in July 2012, first as a Japan-made model, before switching to Thailand sometime in 2013. If you are wondering how high did prices of the Prius went up to – it reached RM 216,400 for the standard variant and RM 230,916 for the Luxury variant. 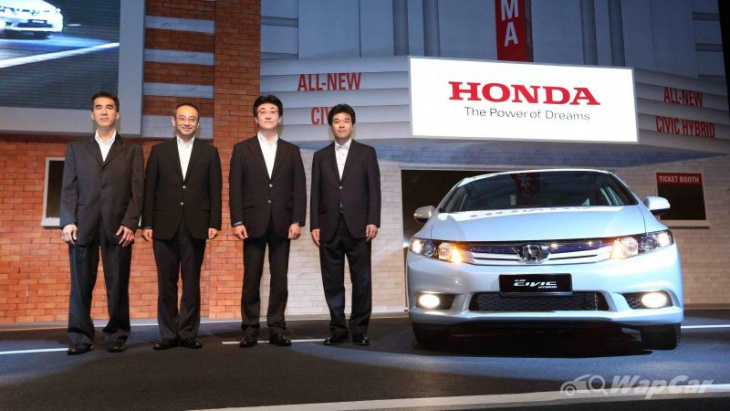 The previous FB generation Civic Hybrid was only a one-motor mild-hybrid. Honda calls it Integrated Motor Assist (IMA). As its name imply, the 17 kW motor is used only to assist the engine, pushing the car along without burning more fuel. However, the small motor can’t drive the car in electric power alone. This latest Civic e:HEV RS with a 135 kW drive motor however, can.

So yes, the Civic e:HEV RS hybrid is rather expensive for a Civic, but this is 2022 and prices of nearly everything have gone up.

Also, Malaysia no longer offers any incentive for hybrid cars, regardless of whether it’s locally-assembled (CKD) or imported (CBU). Whether is that regressive move or not, that’s a topic for another day, but one executive (not from Honda) did say, “3-year tax exemption for CKD battery EVs? We’ve been there and done that with hybrids, and where did that lead us? We will only put in more money for EVs once we see a long-term plan 5- to 10-year plan.” 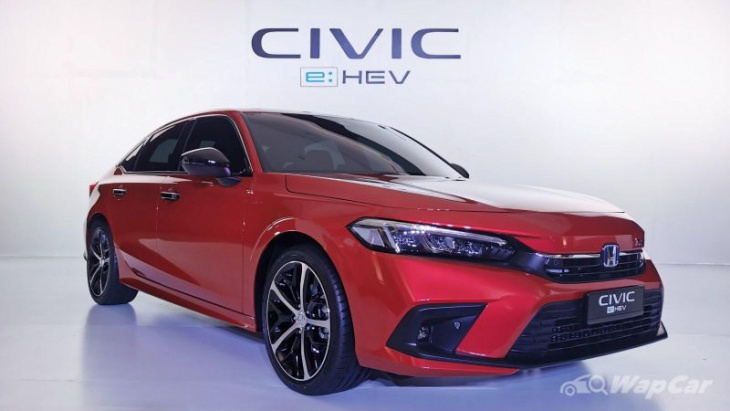 Considering that the latest Civic hybrid makes 184 PS and 315 Nm, delivering noticeably better performance than the turbocharged RS while keeping fuel cost low 4.0-litre/100 km, it’s now a better car in every way compared to the RM 185k dud that it was in 2014.

It also comes with better looking 10.2-inch fully digital meter cluster (turbocharged RS gets only half digital unit), wireless smartphone charging capability, plus a slim key card so you can leave the Smart key at home.

Also, the Civic e:HEV RS is one of the few hybrids on the market where its boot volume is identical to regular combustion engine variants, at 497 litres. The reason? The high voltage battery (Honda calls it IPU, for Intelligent Power Unit) is placed beneath the rear seats, not in the boot. 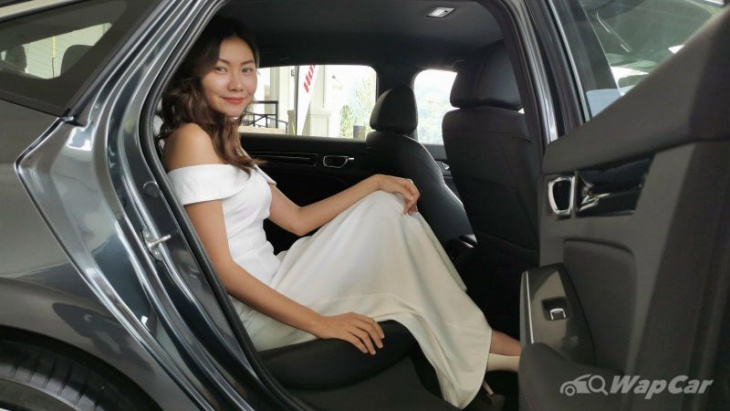 Look at it another way, is there any other car that offers the same level of practicality, space, interior refinement, low 4.0-litre/100 km fuel consumption, / -rivalling 315 Nm of torque (with a lot more safety features too), and seat comfort that surpasses an (hard to believe but it’s true), for less than RM 170k?

You know the answer yourself, and that’s why the Civic e:HEV RS is still one of the best all-rounder cars on sale in Malaysia today. If you could only have one car, this is it. 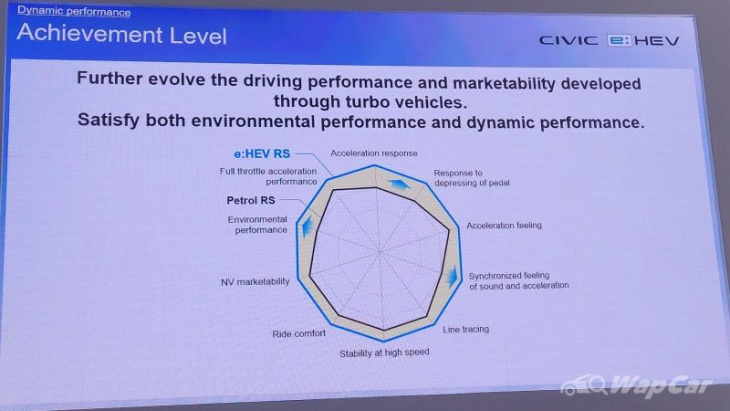 Type R aside, the Civic e:HEV RS is the peak of Civic’s range

It is easy to develop a fast car, or a spacious practical car, or a fuel efficient one. To do all of that, wrapping it in a good-looking package, none has managed to even come close to Honda.

Keyword: Remember that time when a Honda Civic Hybrid was sold in Malaysia at RM 185.5k?

A new commercial for the Pilot TrailSport netted top TV ad impression counts, thanks in part to NFL and NBA games.