Pros and Cons: 2022 Perodua Alza - Best sub-RM 100k car, but not without its small niggles 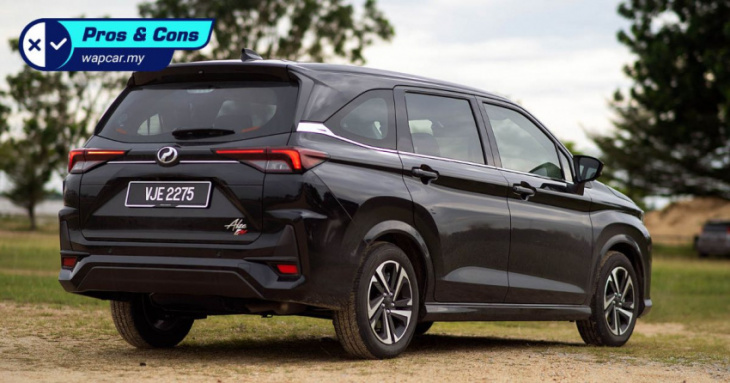 After 13 long years, Perodua has finally put the first-generation Alza to rest. The replacement model that was launched in July 2022, is codenamed D92A and it replaces the Toyota Passo Sette-based first-generation model. The D92A model now shares its DNA with the Toyota Veloz / Toyota Avanza / Daihatsu Xenia. 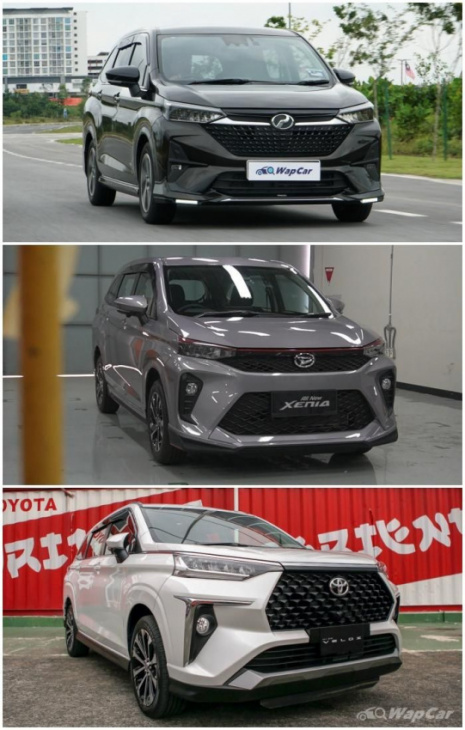 At launch, the all-new 2022 Perodua Alza has reignited the MPV segment – one that has remained largely stagnant for the past couple of years.

Perodua offers 3 variants of the all-new Alza, listed below: 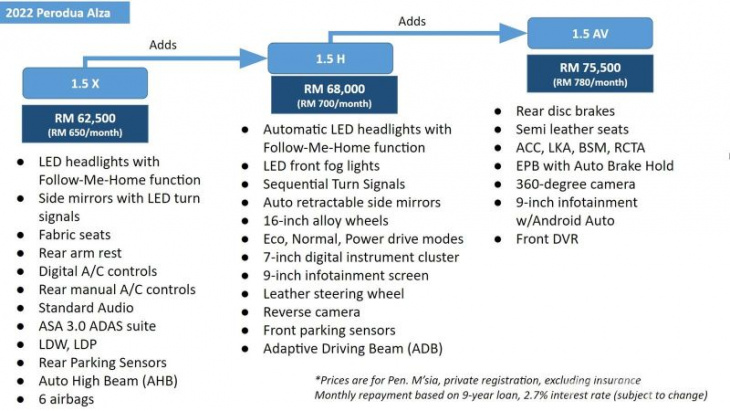 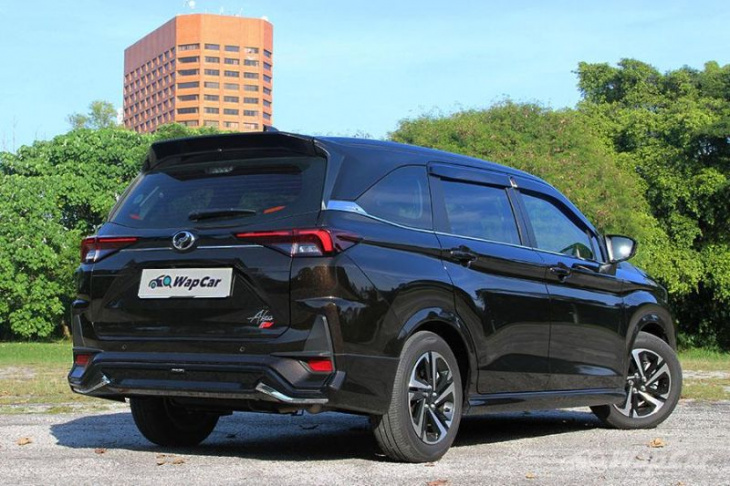 In terms of safety, the predecessor has nothing much to shout about, but everything's changed with the all-new Alza. 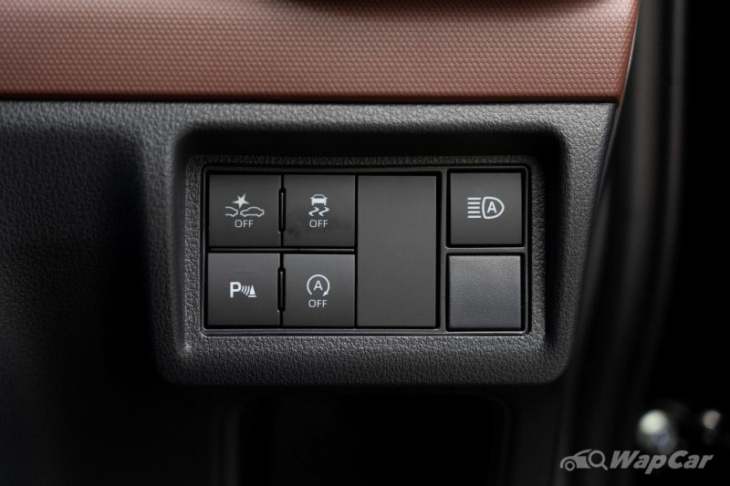 Another Perodua-first feature is the 360-degree view monitor, which features 4 cameras mounted around the D27A Alza, feeding video to the floating-style headunit, enabling several viewing modes such as bird’s eye view (surround), front view, rear view, and side view. 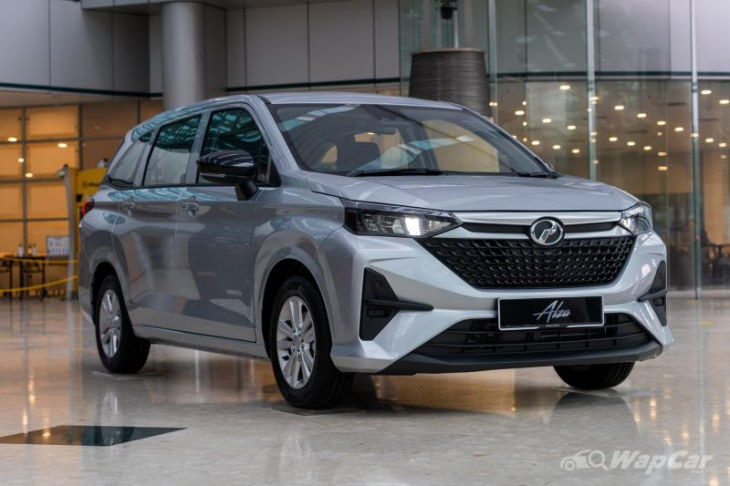 Given how much safety kit the all-new 2022 Perodua Alza packs, it's rather surprising to see that the starting price of the replacement model is actually cheaper than the predecessor model.

Whereas prices of the old Alza topped out at RM 62,690, the brand-new model has a starting price of RM 62,500, RM 190 less than before. That itself is worth a mention, as Perodua has actually reduced the price from before, yet offer considerably more features. 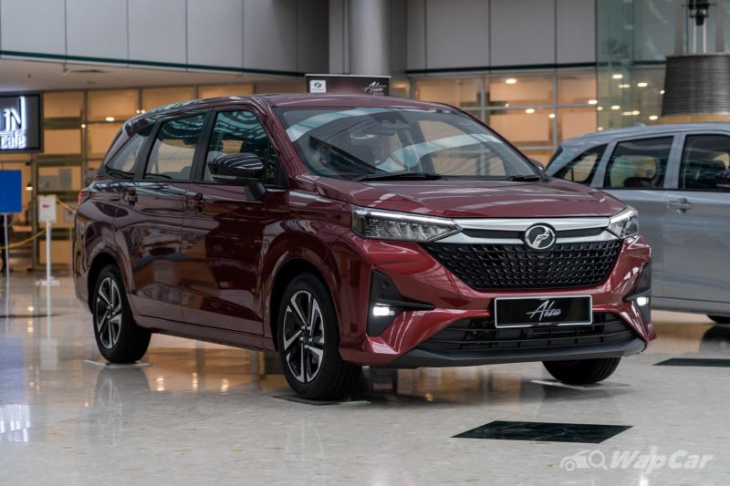 The top-spec variant, on the other hand, goes for RM 75,500; Perodua’s second most expensive model to-date. Granted, you’re getting a lot of features for your money, and you’re hard-pressed to find for another 7-seater MPV to offer that level of features at that price point. 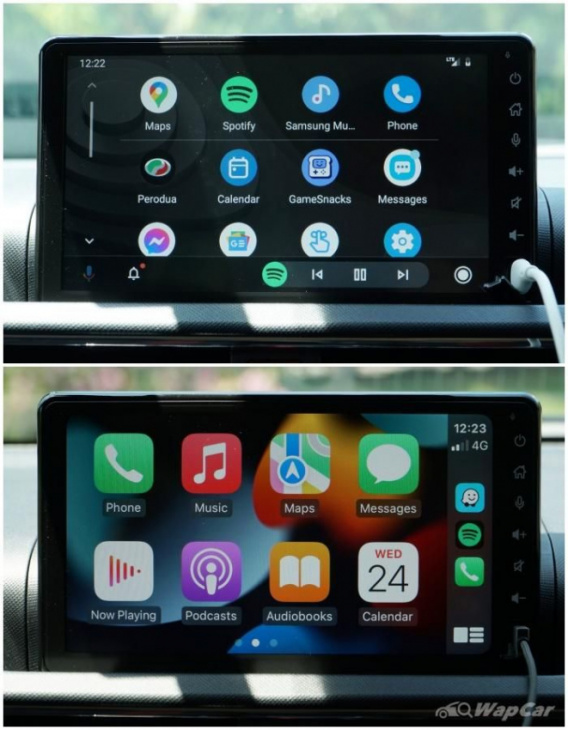 Although the all-new D92A Perodua Alza had a bit of a rocky start with its Apple CarPlay support, the issue is now a thing of the past as Perodua has finally obtained the Made for iPhone (MFi) certification. 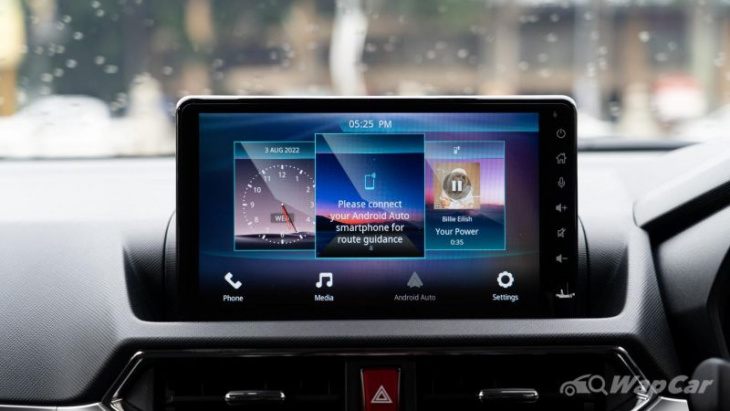 Earlier batches of the D92A Alza lacked Apple CarPlay, but that has since been fixed

As such, the all-new Perodua Alza is the first Malaysian car to offer both Apple CarPlay and Android Auto via its 9-inch infotainment display. 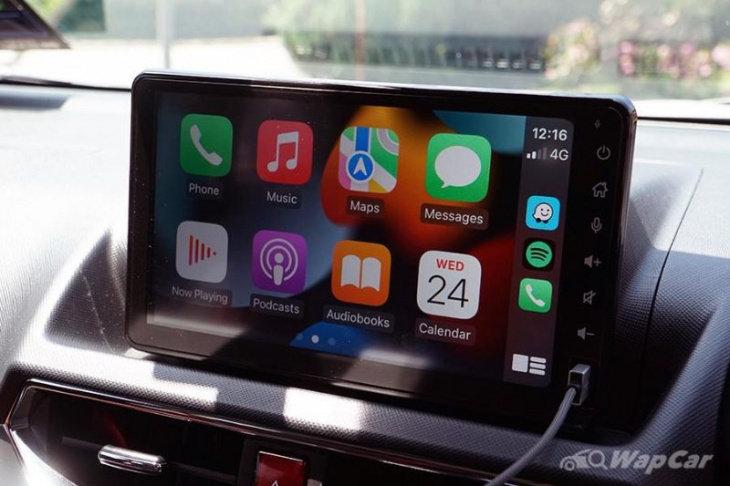 And unlike cars costing three times the price of the Alza, we're pleased to report that the infotainment even after seveal hours of usage. 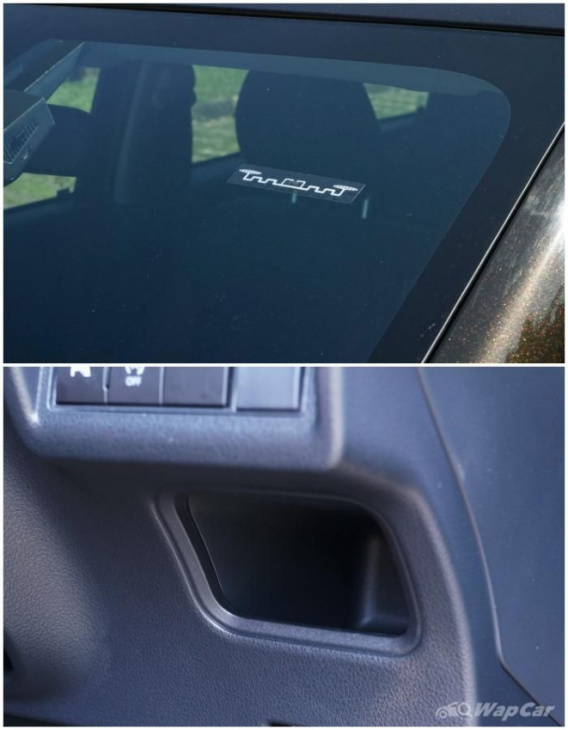 RFID yes, but the slot where the Smart Tag reader would have been is just an empty compartment 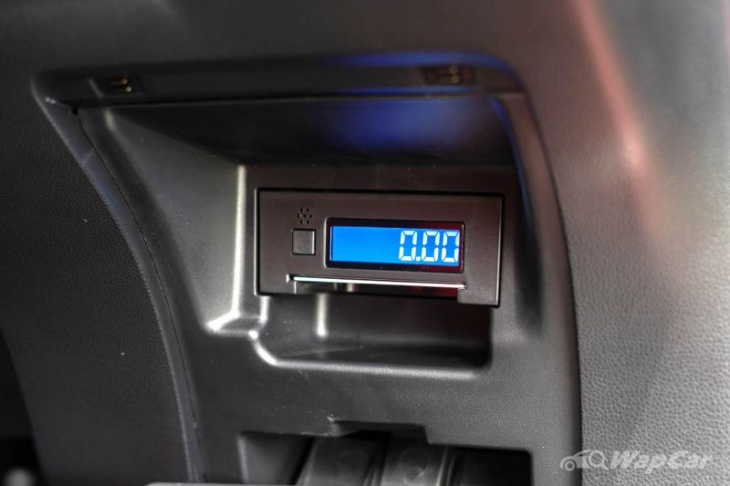 However, upon the introduction of the Perodua Ativa and all-new Alza, Perodua ceased to offer the built-in Smart Tag reader; the latter does however, offer a pre-installed RFID tag that owners have to activate via their own Touch n’ Go e-Wallet. 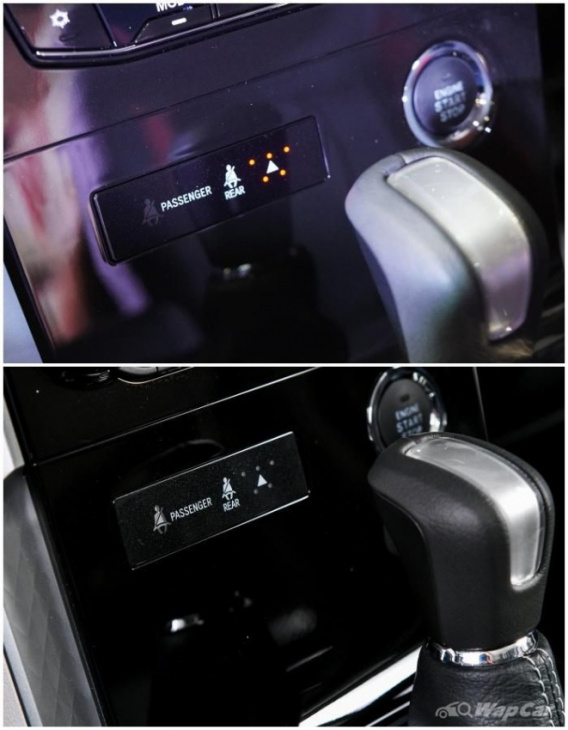 As impressive as the all-new Alza’s cabin may be, the lack of a storage compartment in front of the gear shifter is definitely a sore point for some folks. 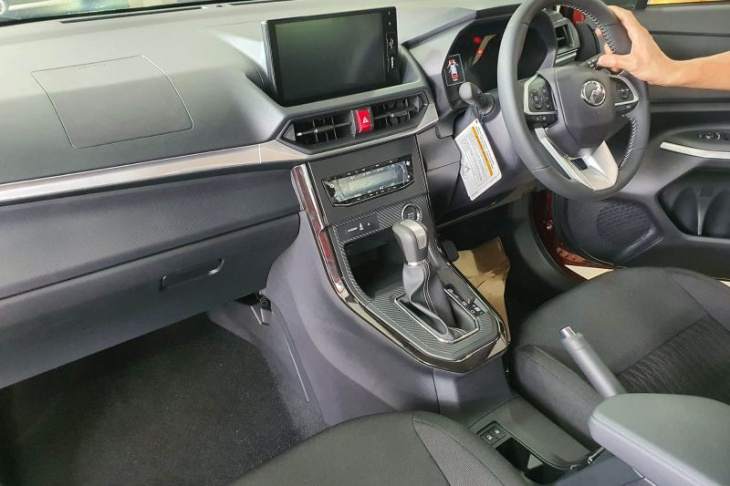 Note the storage compartment in front of the gear lever on this mid-spec Alza 1.5H. Photo credit: Perodua Alza 第二代2022（中文版讨论区)

Now, the lower X and H variants of the Alza do offer a storage compartment there; it’s just that the top-spec AV variant lacks a storage space. 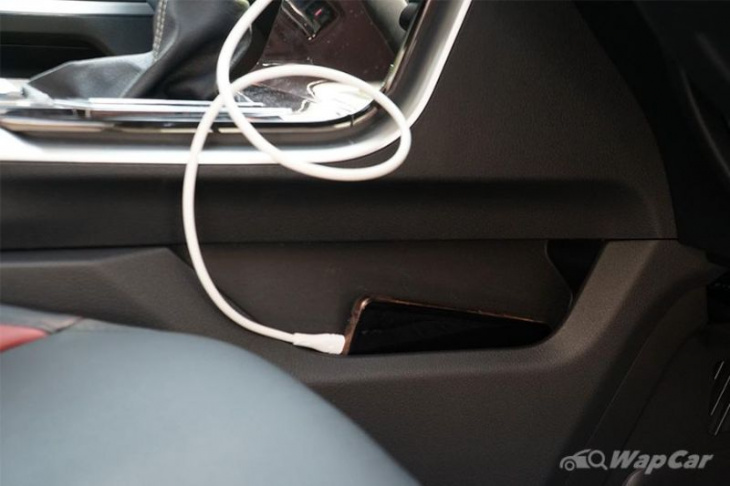 At least one can still put their phones on either sides of the centre console, though reaching it can prove to be awkward at times. 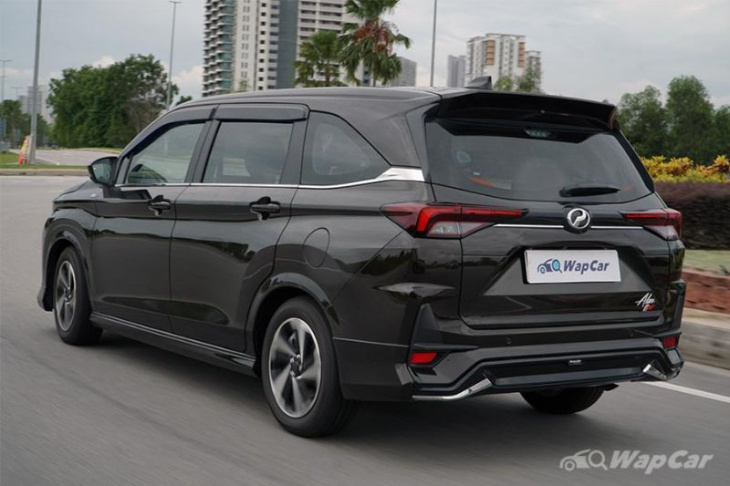 Like the Perodua Ativa, the all-new Perodua Alza will likely be another homerun model for Perodua. Its impressive equipment count and affordable prices are perhaps two of the biggest reasons why more than .

Even if you’re not in the market for a 7-seater MPV, it’s still worth checking out the all-new 2022 Perodua Alza, on the basis that it is one of best value for money cars on sale today.

Keyword: Pros and Cons: 2022 Perodua Alza - Best sub-RM 100k car, but not without its small niggles

New Maserati GranTurismo is available as a 1,200PS EV

Powertrain and efficiency Equipment and technology Safety equipment “The Alfa Romeo heritage shines through with the modern style and ingenuity that make the Tonale Hybrid a one-of-a-kind.” Snapshot Alfa’s small SUV priced for Australia Starting from $49,900 plus on-roads Two variants at launch: Ti and Veloce Rated 5.6L/100km fuel ...

Will this be the perfect grand-touring model? Gasoline and EV drivetrains, modern technology, and provocative styling say yes.

The Powertrain Quadrant Tech and Safety Trims and Pricing Versus the Competition Following an extensive redesign for 2022, Lexus has announced updated pricing for the 2023 NX compact SUV. Expected to go on sale in late October, it carries over a plethora of tech improvements and powertrain options — ...

Don't be fooled: this Maserati GranTurismo is all new and now comes with pure-electric power

3 Standout Features for the 2022 Chevy Trailblazer

Top 5 reasons why we love the Opel Zafira Life

These 3 SUVs Combine Spaciousness and Safety