This is according to a new analysis by the IIHS. 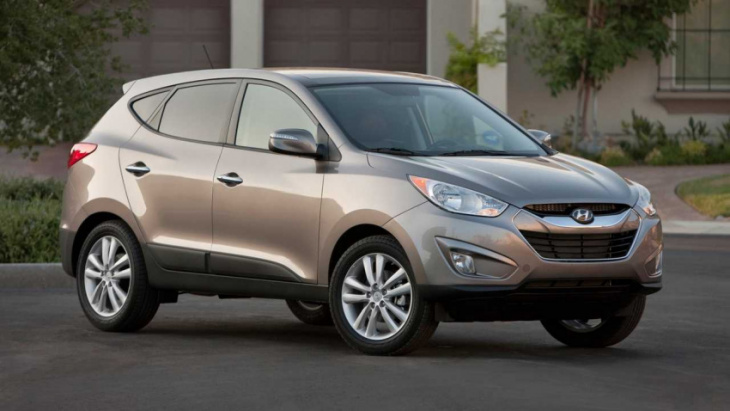 The world is changing (again) and there is a strong social inequality more obvious in some areas than others, but generally existing all around the world. The stronger this phenomenon is, the higher the number of thefts we witness with cars remaining some of the most targeted trophies. It turns out, however, that the most stolen vehicles are not expensive supercars or luxury limos, but way more affordable models.

An analysis of 2021 insurance claims by the Highway Loss Data Institute of the Insurance Institute for Highway Safety shows that among slightly older vehicles, Hyundai and Kia are the most targeted brands. In fact, models from the two marques as a group were nearly twice more popular among thieves compared to all other manufacturers, the research discovered. Among the newer vehicles, the Dodge Charger SRT Hellcat had the highest claims rate.

The issue with many older South Korean models is that those vehicles lack electronic immobilizers and can easily be stolen with the use of a USB cable. Just earlier this year, Hyundai and Kia announced that “all 2022 models and trims have an immobilizer applied either at the beginning of the year or as a running change,” which means the trend should change soon.

“Car theft spiked during the pandemic,” HLDI Senior Vice President Matt Moore comments. “These numbers tell us that some vehicles may be targeted because they’re fast or worth a lot of money and others because they’re easy to steal. Our earlier studies show that vehicle theft losses plunged after immobilizers were introduced. Unfortunately, Hyundai and Kia have lagged behind other automakers in making them standard equipment.”

The HLDI’s 2021 analysis is based on “whole vehicle theft” and monitors theft claims under comprehensive insurance that mirror the dollar value of the vehicle covered by the policy. It defines the most targeted models in a different way compared to law enforcement agencies, measuring the frequency of theft by the number of claims per 1,000 insured vehicle years. More information can be found at the source link below.

Keyword: Older Hyundai, Kia Among Most Targeted Vehicles By Thieves

A hardware upgrade to the traction inverter could enable a range boost of up to five percent for some models.

Hyundai said it will only bring the Ioniq 6 with the 53 kWh battery pack to the UK if it deems there is sufficient demand.


View more: Hyundai Ioniq 6 Priced In The UK, But Only With The Big Battery

It’s a double dose of results from ASEAN NCAP with the organisation releasing the assessment scores of its second Hyundai model this week. While the received the full 5-star rating, the Hyundai Stargazer only managed to get 4 stars. The first Hyundai MPV to undergo the assessment under the ...

The has been a major success in Indonesia where it became Hyundai’s best-selling car in 2022 so far. It also achieved a full 5-star rating according to ASEAN NCAP’s latest report. The Creta is Hyundai’s sixth model to be assessed by ASEAN NCAP but its first SUV tested by ...

Hyundai Motor UK has shared pricing and performance specs for both Premium and Ultimate trims of the upcoming IONIQ 6 streamliner. All versions of the IONIQ 6 currently coming to the UK feature the larger 77.4 kWh battery, providing the most range. However, as you’ll see below, the starting ...


View more: Hyundai shares IONIQ 6 pricing and specs that do not include 53 kWh battery in UK