Honda, like other responsible carmakers, has been committed to ensuring that road accidents caused by motor vehicles are reduced, if possible to zero. After all, it supplies those vehicles and therefore has to ensure that they are not only safe to use but also safe to other road-users.

It has constantly introduced new safety features and systems in its vehicles as new technologies have been developed. Today, its Honda SENSING system integrates many active safety systems to work more effectively and intelligently to assist the driver and also prevent accidents. The Honda SENSING suite was first introduced in 2015 with the CR-V and has been included with new models since then.

Honda SENSING is being continuously improved and apart from the basic system – which already consists of a number of active systems – there are additional versions such as Honda SENSING 360 and Honda SENSING Elite for more sophisticated applications in certain models. 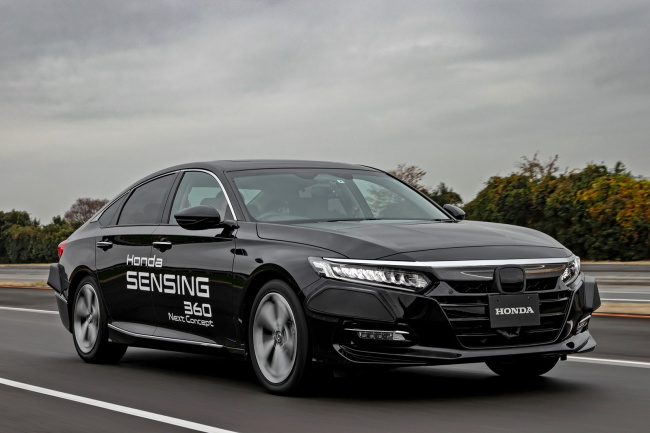 Honda SENSING 360 (also known as AcuraWatch) was introduced last year as an omnidirectional safety and driver-assistive system. Its expanded sensing range covers not only the front and rear but, as the ‘360’ indicates, all around the vehicle. China was the first market to get Honda SENSING 360 which will be available in models sold in major markets by 2030.

In a couple of years, the system will be upgraded with new technologies which will be able to accurately detect abnormal conditions occurring to the driver and the vehicle’s surroundings. By reducing health-related or human error-triggered collisions with these new technologies, Honda hopes drivers will be encouraged to use their vehicles more confidently and travel further. 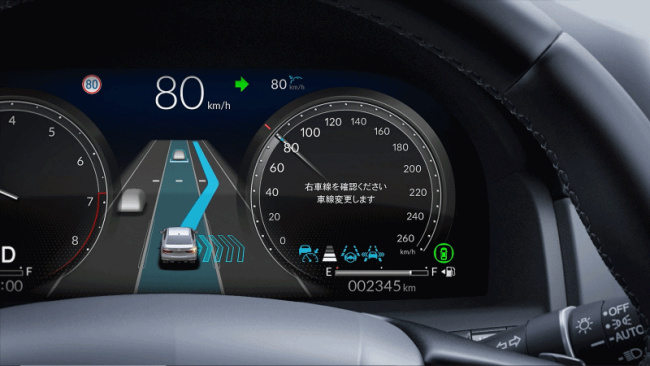 Most pre-collision systems will apply the brakes automatically if the driver does not act in time but the more advanced Honda SENSING system will also assist in steering the car away from the car ahead if a collision is likely to occur. 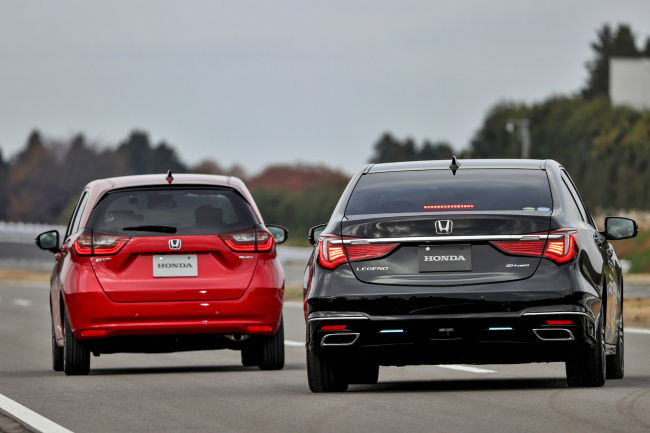 The improved Honda SENSING 360 system will begin rolling out in the 2nd half of the decade and will be standard on all new Honda and Acura models in the U.S. by 2030.

Honda also will accelerate the advancement and popularization of Honda SENSING Elite, which will be the most advanced Honda SENSING system with additional advanced safety technologies. Currently, the system, which was introduced in Japan last year, has an advanced Traffic Jam Pilot function which allows Level 3 automated driving (conditional automated driving in limited area). Traffic Jam Pilot technology enables the automated driving system to drive the vehicle, instead of the driver, under certain conditions such as when the vehicle is in congested traffic on an expressway. 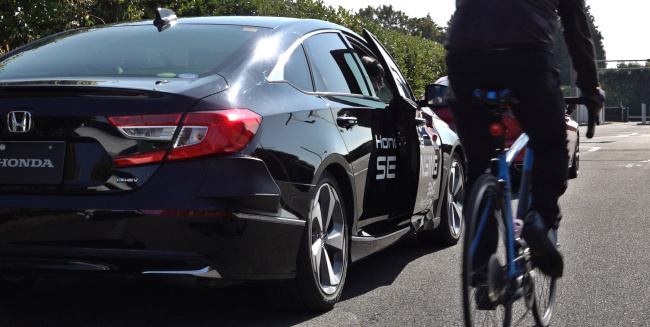 Alerting the occupants of a bicycle or vehicle coming up behind before they open the door is a safety feature that is being added with systems like Honda SENSING 360.

For vehicle control, the system determines the position of the vehicle and road conditions using data from 3-dimensional high-definition maps and the global navigation satellite system, while detecting the vehicle’s surroundings using several external sensors that provide 360-degree input. 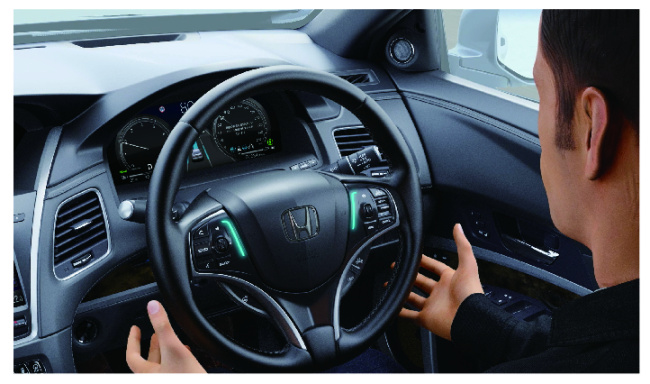 At the same time, the system tracks the condition of the driver using a monitoring camera mounted inside the vehicle. Based on this wide range of information, the main ECU recognizes current conditions, anticipates future conditions and applies a high-level of control to acceleration, braking and steering inputs to assist the driver and achieve high-quality and smooth driving.

These technologies relate to autonomous motoring where the driver will be able to take his hands off the steering wheel in certain areas and conditions. There will also be assistance for the driver on non-expressways where it will be possible to use the hands-off function while driving through a traffic jam on an arterial road. Automatic parking in and driving out of a home garage will also be possible.

Honda SENSING Elite’s intelligence will be continuous enhanced as it accumulates ‘experiences’, just like human brain development. In the development of the system, approximately 10 million patterns of possible real-world situations were simulated, and real-world demonstration tests were conducted on expressways for a total of approximately 1.3 million kms. Through being exposed to more experiences, its Artificial Intelligence will increase its capability to recognize complex scenes and handle driving situations that occur in complex environments. 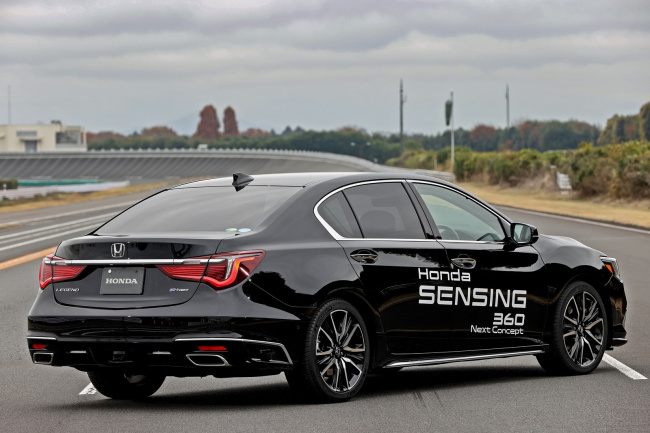 Click here for more videos at The Piston Show.