This is huge since Kia makes compelling EVs and could be a major player in the US if its electric cars were readily available. 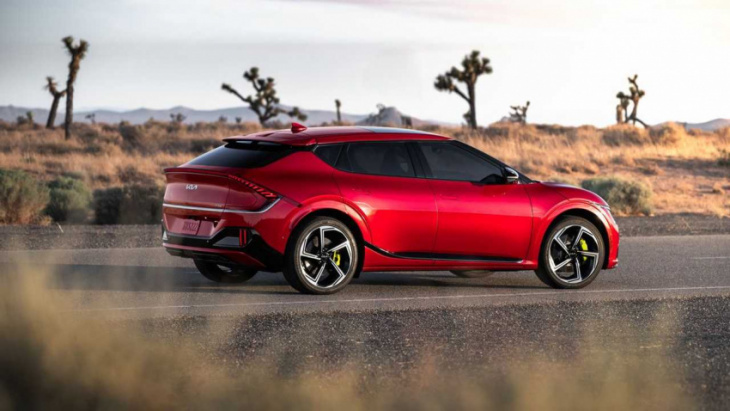 According to various South Korean media outlets, Kia has plans to start producing electric vehicles in the US. The automaker aims to begin making EVs on our shores in 2024. The goal is for Kia’s EVs to be eligible for the new US federal EV tax credit that’s coming as part of the Biden administration’s Inflation Reduction Act.

Reuters doesn’t mention anything about Kia verifying the news, but instead cites SBS TV and Maeli Business Newspaper as the sources. The reports were said to have very few details, though, if the Inflation Reduction Act worked as intended, it was to be expected that some automakers may begin building EVs in the US. It appears the legislation is already encouraging more electric car manufacturers to open up shop in the States.

The new EV tax credit has certain stipulations related to where EVs are manufactured and assembled, as well as where their battery materials are sourced from. US lawmakers wanted to help Americans not only by offering the revamped EV tax credit, but also by promoting US manufacturing and material sourcing to become less dependent on other countries. The credit will become available at the point of sale beginning in 2024.

As we reported earlier, Kia, as part of Hyundai Motor Group, is among the few automakers competing for the second-place position in US EV sales to Tesla. Tesla currently leads by a wide margin, but Hyundai and Kia are in a strong position, practically sharing the No. 2 spot with Ford.

While it seems Kia’s primary goal here is to ensure that consumers can take advantage of the healthy tax credit when they purchase its EVs, there are other obvious benefits.

Kia has become known as a manufacturer that produces compelling EVs, and its vehicles are widely successful. However, the biggest issue in the US to date has been the lack of availability of Kia’s plug-in models. Moving EV production to the States could help Kia deliver more EVs to keep up with the growing demand.

This really is huge news since it could mean an eventual onslaught of more affordable EVs in the US coupled with the tax credit that will make them even more affordable. It’s moves like this that will significantly boost EV adoption in the US, so it looks like it will be a win for lawmakers and Americans.

Keyword: Kia To Build EVs In The US From 2024, Per Reports