The Kia Sportage is one of our favourite family SUVs, and this mild hybrid version promises low running costs, but what's it like to live with? We're finding out... 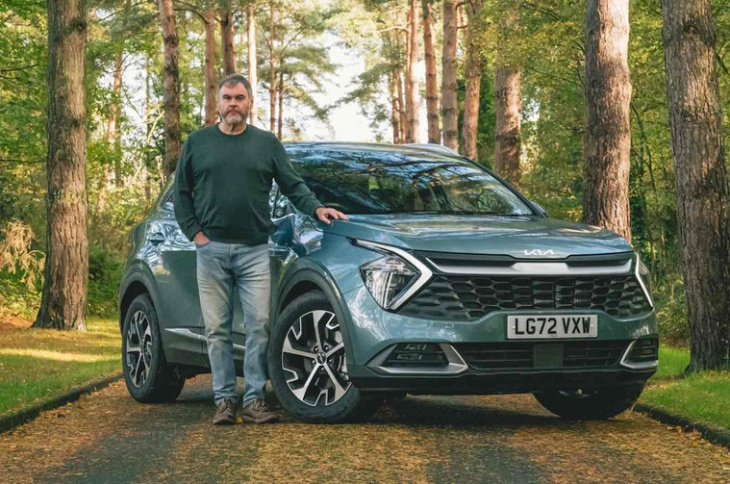 Why we’re running it To find out whether a petrol family SUV still makes sense in the face of growing electric competition, and whether the Sportage is among the best of them

Needs to Be comfortable, good to drive and practical in daily use, and be frugal enough to keep running costs down

Ask anyone to name the burger that’s most synonymous with McDonald’s and there’s a fair chance they’ll say “the Big Mac” without even having to think about it. Love it or hate it, the fast food chain shifts an estimated 900 million Big Macs globally each year – far more than any other burger on its menu – so it’s not an exaggeration to say that it’s been crucial to the brand’s success. 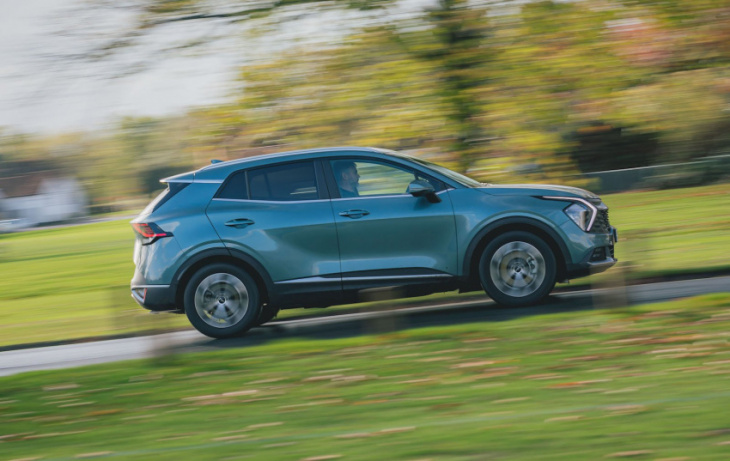 The equivalent of the Big Mac for South Korean car maker Kia is the Kia Sportage. Now in its fifth generation, this family SUV is Kia’s top-selling model in the UK and appears regularly in the top 10 overall best-sellers chart.

It’s the rock on which Kia’s rise to prominence is based and is rightly popular with buyers. We’re rather partial to this latest version as well, ranking it second (behind the pricier Volvo XC40) in the family SUV category and giving it the maximum five stars in entry-level petrol guise. As always, that was good enough for me to put the Sportage on my shopping list. 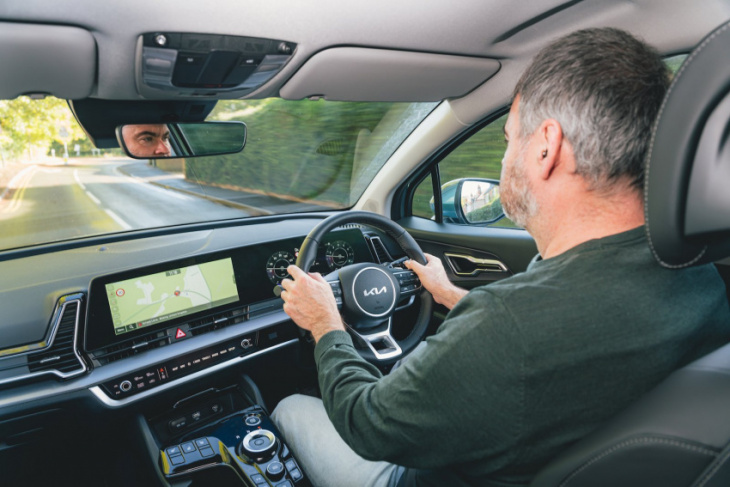 Regular readers might have spotted that this is my second Kia in a row. The Sportage is a change of direction compared with the electric Kia EV6 I ran previously, but the latter car – our 2022 Car of the Year, remember – proved so good to live with that I had no qualms about taking on another of the brand’s models.

Moving from an electric car (three in a row, in fact) to a relatively conventional petrol model might seem like a backward step in some ways and is a bit of a shock to the system, but with the price of electricity (particularly from public rapid chargers) skyrocketing, it’s getting to the point where an efficient petrol car might not be all that much costlier to run (if at all) than a large electric SUV like the EV6. 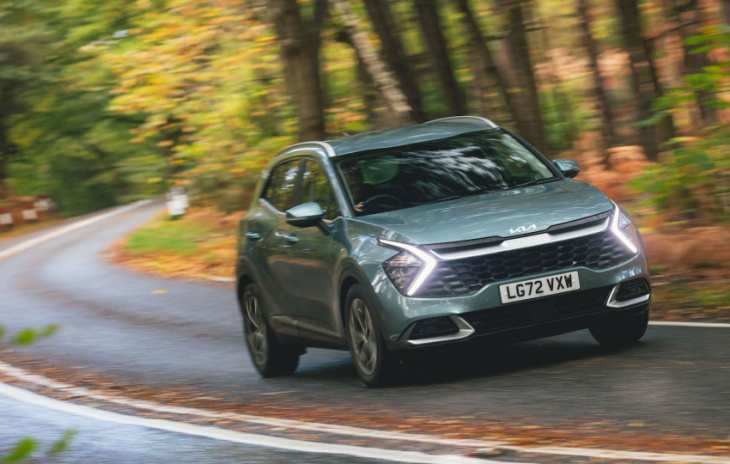 And efficiency is something my Sportage promises to deliver, because its 1.6-litre petrol engine is supplemented by 48-volt mild hybrid technology. Unlike the full hybrid versions, my car can’t propel itself along on electric power alone, but a small amount of electrical assistance helps to reduce emissions and boost performance and fuel economy compared with the regular entry-level 1.6-litre engine.

The mild hybrid engine is linked exclusively to a seven-speed dual-clutch automatic gearbox and drives the front wheels (you can also have it with four-wheel drive, but only in conjunction with higher trim levels). 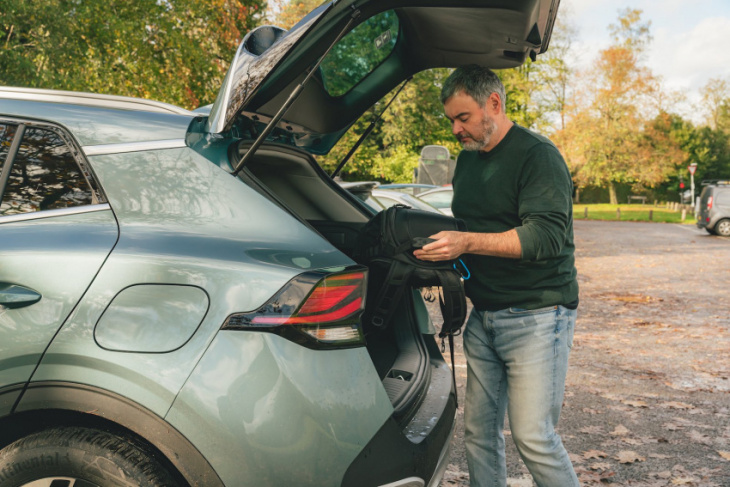 As always with Kia, there aren’t many options to choose from (although you can upgrade the alloy wheels if you don’t fancy the standard 18in ones fitted to my car); you have to move up to a higher trim if you want more luxuries. Sadly, you have to choose a full hybrid model if you want the signature Experience Green premium paint; with that colour not available on my mild hybrid model, I’ve gone for the almost as appealing green-tinged Yuka Steel Grey instead. 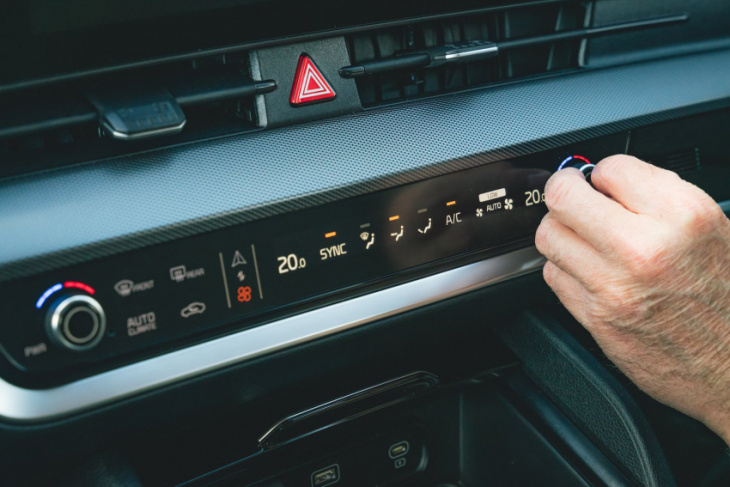 Inside, my Sportage is comfortingly similar to the EV6 in some ways; they share a rotary gear selector between the front seats, a clever touch-sensitive panel (with two physical knobs) for the climate control and media functions, and a wide, curved panel for the instruments and infotainment. From the quality of the materials to the high-set driving position and space available for occupants and their luggage, everything about the interior is impressing me so far.

Compared with the EV6, the Sportage doesn’t feel as smooth or calm as it rolls along (although that’s hardly a surprise), but it seems quite agile and nippy. The only potential cause for concern is the ride, which seems rather agitated at low speeds. I feel like I’m being jostled around over bumps more than I’d prefer, but hopefully this won’t detract from comfort too much. 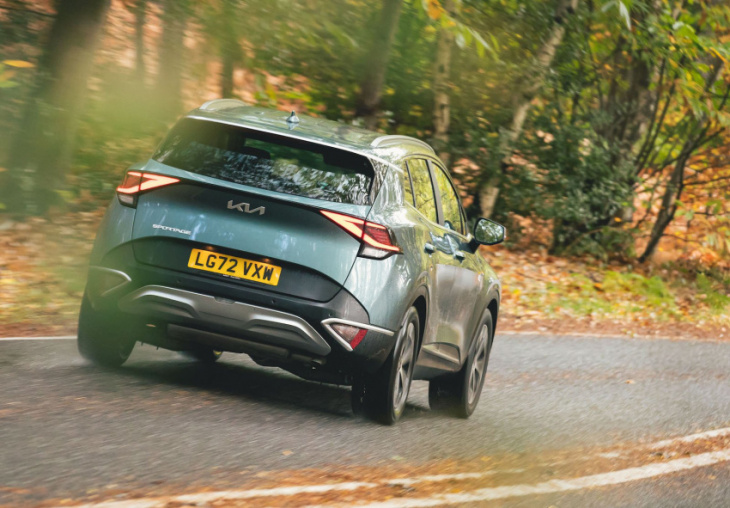 So, having gone for the most popular dish on Kia’s menu, the big question now is: is it as tasty as all those other buyers suggest, or will it have me reaching for the Gaviscon and wishing I’d chosen another of Kia’s fine electric models instead? Big Macs I can take or leave, but the Sportage is looking much more appetising.