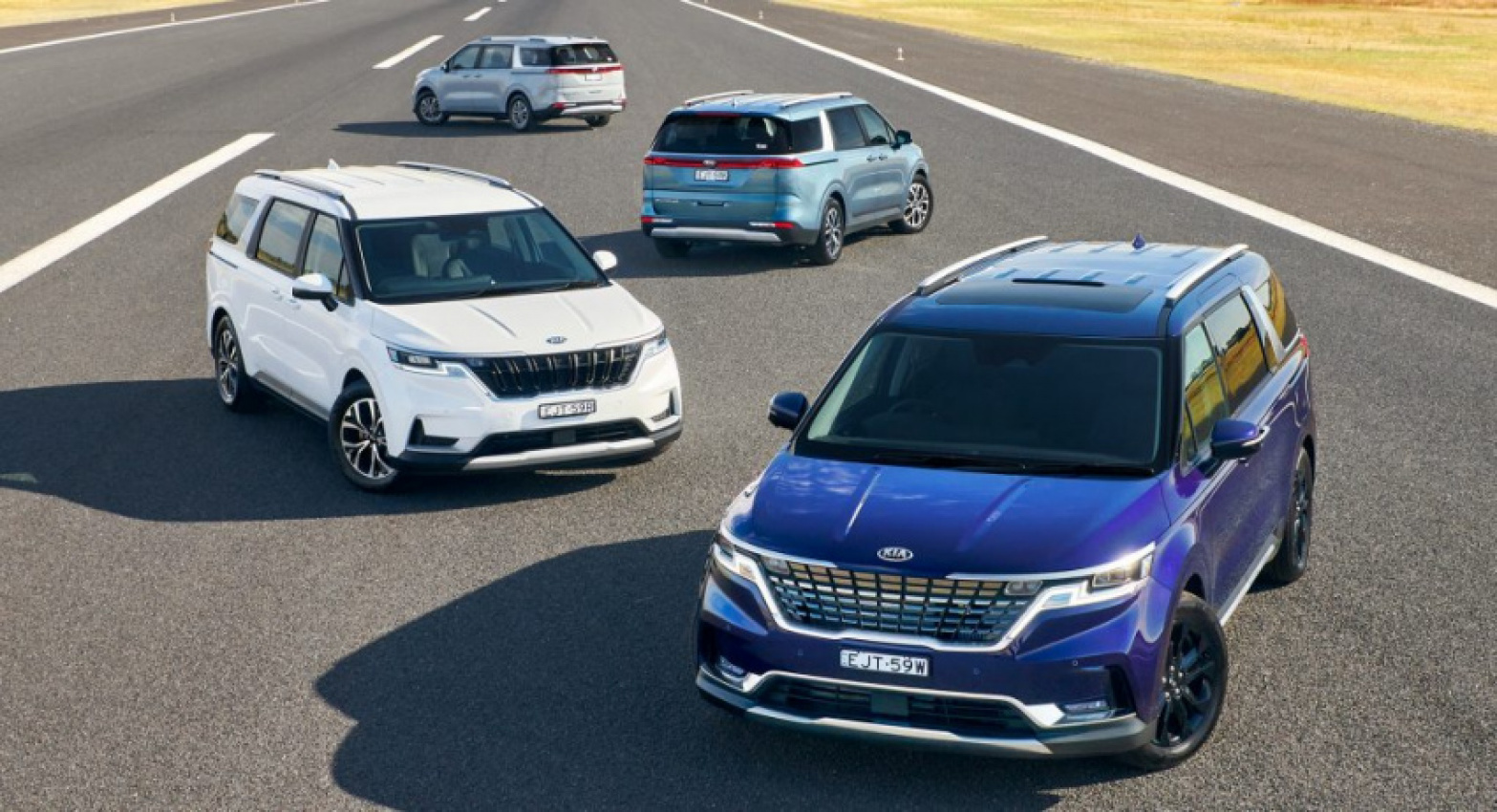 A number of 2022 Kia Carnival minivans are being recalled in the United States due to an issue with the passenger-side sliding door.

The South Korean automaker states that certain plastic holders inside the release actuator of the sliding door remote controller assembly may have been manufactured out of specification by the supplier. As such, the binding between the drum and holder can cause the latch to intermittently stick in the open position. If this happens, the door will not latch, meaning it could open while driving.

While the door could open, Kia notes that four alert chimes will ring if the door doesn’t close properly when the minivan is stationary. If the driver ignores these warnings and drivers any faster than 6 mph, a continuous ringing sound will start and the door-ajar warning will remain illuminated on the instrument cluster.

Owners of affected vehicles will be notified by first class mail on December 16, 2021 and instructed to bring their vehicle to a Kia dealer where the sliding door release actuator’s drum and holder will be replaced with one that has been manufactured to specification.

This recall comes roughly six months after 2,744 Carnival models were recalled in the U.S. due to a damaged fuel rail tube.

Initial Impression​ Drivability​ Practicality​ Cost​ Conclusion​ Budget, features and style aren’t normally put together when describing something like a 7 Seat SUV, however Kia have been able to deliver something like this in the Kia Sorento. Starting from $39,990 drive away for the entry-level Si model, and working up ...

Initial Impression​ Target Market Practicality Drivability Cost Conclusion Kia, when it first launched in Australia, wasn’t known for desirable affordable cars. Fast forward to 2014 and Kia seems to be on a roll with the release of its new 2014 Kia Cerato Koup, and 2014 Pro_cee’d GT.​​ The Kia ...

Initial Impression Drivability Practicality Cost Conclusion It’s arguably the best looking medium sized cars on the market, with European styling from that of former design chief of Audi/VW, there’s a solid presence that suggests it’s a lot more expensive that what the sticker price asks. Positioned to feel like ...

Initial Impression Driveability Liveability Cost Conclusion See also… ​From its launch in 2010, the Kia Optima has always been the David in the battle against the mid-size sedan Goliaths that have dominated the top of their segment for decades. We took the recently overhauled Optima to see if the ...