Is Toyota really anti-EV, or is it playing a long game? 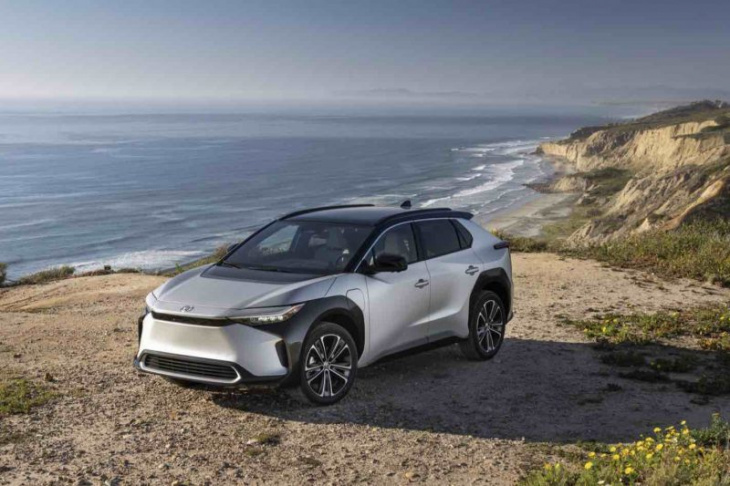 Toyota is making a lot of money selling its hybrid vehicles that cut emissions by 30-40 percent at a modest price premium across their range of products. But its leaders are very prominent opponents of a rapid shift to electric vehicles. Many commentators have criticised this approach – for good reason.

But what is Toyota’s real game? You don’t become a big success by being stupid.

The present situation reminds me of a lesson I learnt while implementing appliance energy labelling in Australia. Don’t believe anything a business tells you. Most of them are running multiple strategies that allow them to capture advantage under a range of scenarios.

The loudest critic of appliance labelling was also quietly working very hard to improve the efficiency of all its products.

It had a win-win strategy. It knew from market research that, while energy efficiency was not a top buyer criterion, it was quite significant and, more importantly, it was a high priority for women aged 20 to 50, who actually make a lot of appliance purchase decisions.

If it succeeded in blocking appliance labelling, it could voluntarily advertise its outstanding performance. – knowing that key decision-makers would take notice, especially if its advertising people did a good job.

If it ‘lost’, and energy labelling was introduced, it would have potentially fooled its competitors into complacency. They would be fooled, and would not have improved efficiency, so the critic would have a market advantage.

Indeed, their main competitor shut down its Australian operations a few years after energy labelling was introduced, because it had not improved efficiency.

What if Toyota is playing this game? Its investment in hydrogen cars is tiny. But it gives them cover.

Its high-profile position opposing rapid transition to EVs supports the obvious conclusion that they are part of the problem, and that they are focused on outdated or fringe technologies.

Their focus on hydrogen allows them to ride the uninformed ‘hydrogen hype’ to gain profile. So maybe their competitors will be fooled.

But if we look deeper, Toyota is a major investor in next-generation battery technology that is much lighter, smaller and offers longer range. Smart charging technologies and user-friendly vehicle-to-home software will be really important.

Many people outside Japan don’t realise that Toyota is a major player in housing construction, where vehicle-to-home interaction will be increasingly important to provide reliable electricity.

The Japanese are interested in this because of the risk of major earthquakes that can disrupt electricity supply – and people in other countries are seeing serious disruption of electricity supply from climate-driven  floods, cyclones and bushfires.

Is Toyota playing the long game?

What if, in 2024, Toyota was to offer EVs that have long range, offer space efficiency and radical aesthetics, improved energy efficiency (through light weight design), advanced aerodynamics (very important at freeway speeds when aero drag is the main consumer of energy) and sophisticated vehicle-to-home interaction?

If these vehicles also offered optimised manufacturing efficiency based on common architecture, and incorporated low carbon materials, their competitors would be outflanked. Toyota’s advertising budget could ensure buyers valued their offering.

I won’t be surprised if this happens – though I may be wrong: they may be dumb.

Toyota also faces another issue. It has a large dealer network who need to make a living: but EVs need much less maintenance.

And it has millions of hybrids on the road that risk becoming tomorrow’s ‘gas guzzlers’ relative to EVs. Does Toyota want to be seen as part of the past? Does it care about the financial survival of their dealers? The embodied emissions of dumping millions of hybrids before end of life are enormous.

What can Toyota do to deal with this? I own a 10-year-old Prius C, and I am confident it could last me many years, given my level of usage. Am I prepared to pay a lot for a new car, when I am happy with this one.

Will many households, who mainly buy second-hand cars, be able to afford an upgrade to an EV? Maybe not.

My owner’s manual tells me the electric motor in my Prius C has a rated power output of 45 kilowatts. This doesn’t sound big, but the torque is high from zero revolutions, unlike a petrol engine. And my previous similarly sized petrol Mazda 2 engine only produced 50 kW at 4,000 RPM.

If Toyota offered me a reasonably priced upgrade to a plug-in hybrid conversion, I could be very interested. As may many other Toyota hybrid owners.

This could provide quite a good source of business for Toyota dealers. This option would give me quite a zippy car around town, and the existing engine would give me long-range, no-range anxiety, and enough power on freeways with very low carbon emissions.

I have been interested to note that it is very difficult to find out the power output of the electric motors in recent Toyota hybrids. What are they hiding?

We live in an interesting world, where disruptors can be disrupted.

Keyword: Is Toyota really anti-EV, or is it playing a long game?

Similar in many ways, different in some

The dramatic new second-generation Toyota Mirai hydrogen fuel cell vehicle has been spotted on public roads for the first time, revealing that it will largely retain the concept car’s dramatic styling. The machine, which is due on sale later this year, was first displayed in concept form at the Tokyo motor show last ...

TOKYO: Toyota Motor Corp said today it had found that the information of about 296,000 customers using its T-Connect service might have been leaked. Toyota said 296,019 email addresses and customer numbers of those using T-Connect, a telematics service that connects vehicles via a network, were potentially leaked. There ...


View more: Toyota says information on about 296,000 users of its T-Connect service leaked

Toyota Sienta Hybrid. Borneo Motors has unveiled the new Toyota Sienta Hybrid. The model’s debut also marks the first time that the petrol-electric hybrid variant is being sold through the official agent. It was previously only available through parallel importers. “SHIKAKUMARU” DESIGN Using the Shikakumaru design philosophy, designers gave ...

Today has restarted production of the bZ4X electric family SUV on Thursday after fixing potential safety problems that had halted sales of the new battery-powered model for more than three months. Japan’s largest automaker recalled 2,700 bZ4Xs globally in June after discovering that there was a risk the car’s wheels could ...

Does the two-door, rear-wheel-drive sports car live up to its lineage?


View more: Taking the Toyota GR 86 out for a quick drive

What’s Going on With the Next-Gen Toyota Tacoma?

The Toyota bZ4X Is Ready to Roll With New Wheels

Is the Toyota RAV4 Hybrid Good for Long Trips?

Four resign over scandal at Toyota unit Hino, others to return pay

2023 Toyota Tacoma gets new trim, paint, but largely the same

Is There at Least 1 Midsize Truck That’s Better Than the 2023 Toyota Tacoma?