SAIC Maxus, the brand more familiar to Malaysians with more affordable alternatives to the and has just unveiled its next affordable Toyota target at the recent Chengdu Auto Show 2022. Called the Maxus Territory, it looks like a more luxurious rival to the Fortuner with a more menacing presence. 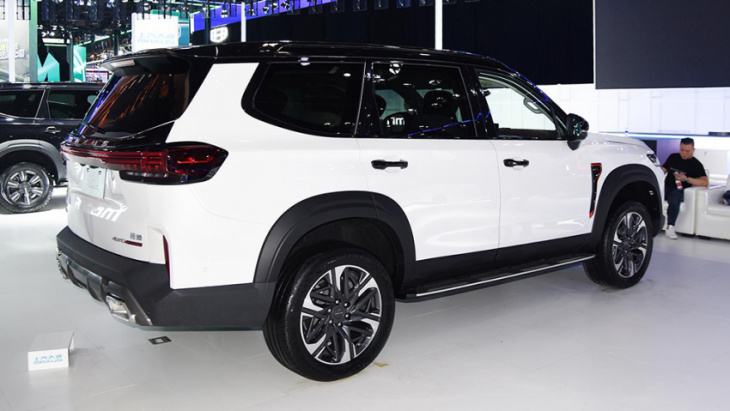 Powering the Territory is a 2.0-litre twin-turbodiesel developed by Shanghai Diesel Engine Co., Ltd. The unit makes 217 PS and 500 Nm and is paired with an 8-speed ZF automatic transmission that sends power to all 4 wheels. 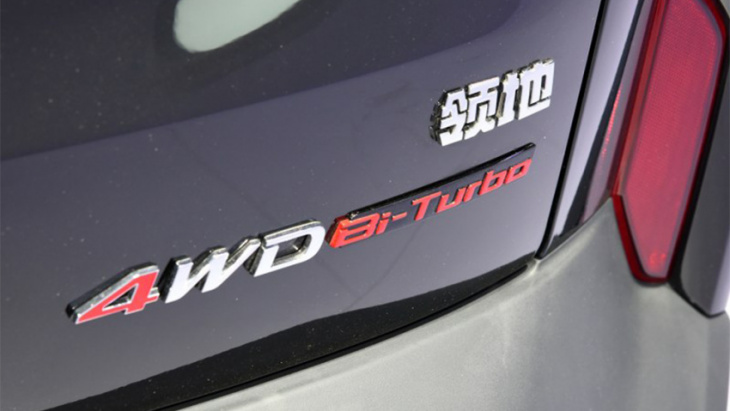 The Territory also has a towing capacity of up to 2,550 kg. Enough to haul for a weekend boating getaway or a few horses. 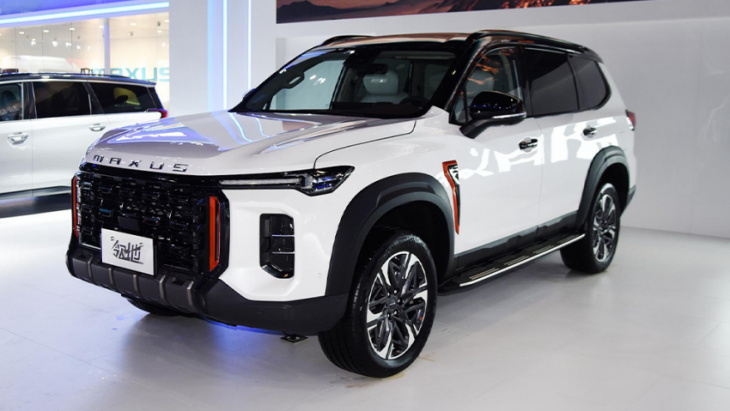 But let’s get back to the design which immediately catches your eye with its avantgarde but still boxy design. If you look up the dictionary for the meaning of the word “menace”, the Territory’s mug should be plastered next to it. 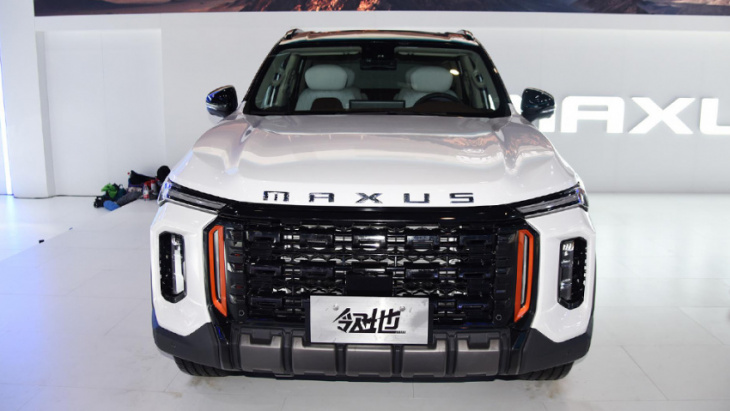 The front black grille looks scary and adding that venomous look are orange-painted trims that flank both sides of the grille. It looks like fangs when viewed in front which combined with the slim DRLs make it appear very intimidating. Best to give way instead of hogging the lane with it taking up your rear-view mirror. 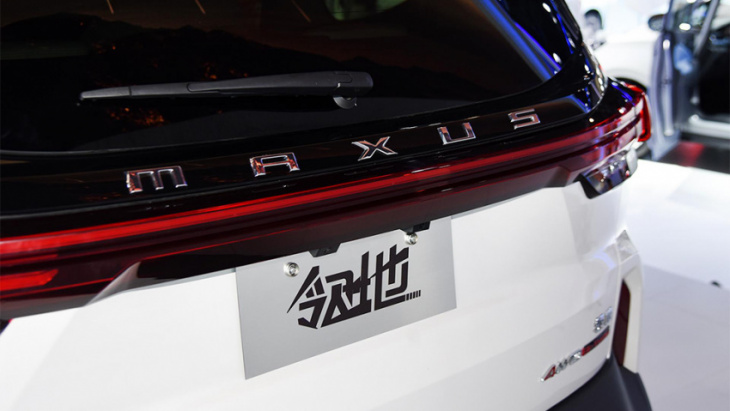 While the front is scary, the rear is nothing to shout about admittedly. Squint and you might see hints of whatever Jeep or any large modern SUV you see on the road. A strip of LED taillights and a pair of trapezoidal exhausts are some of the highlights of the rear.

Speaking of large SUVs, we mentioned the Territory being a rival to the Fortuner but as you can see in the table, it’s far larger. In fact, it’s probably closer to the in terms of girth. 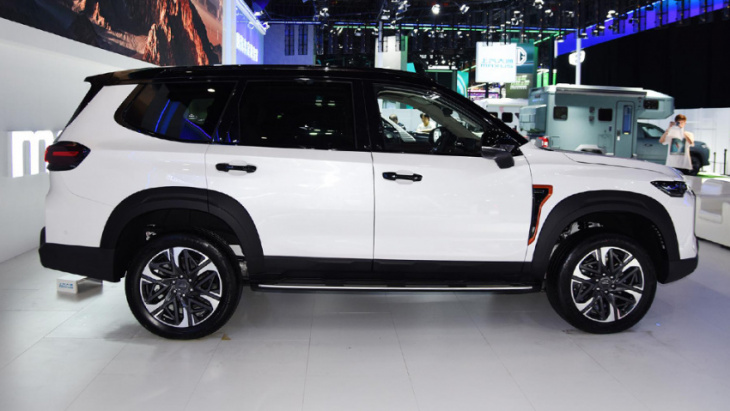 Completing the Territory’s exterior is the black roof and 18-inch 6-spoke alloys on 265/60 rubbers. 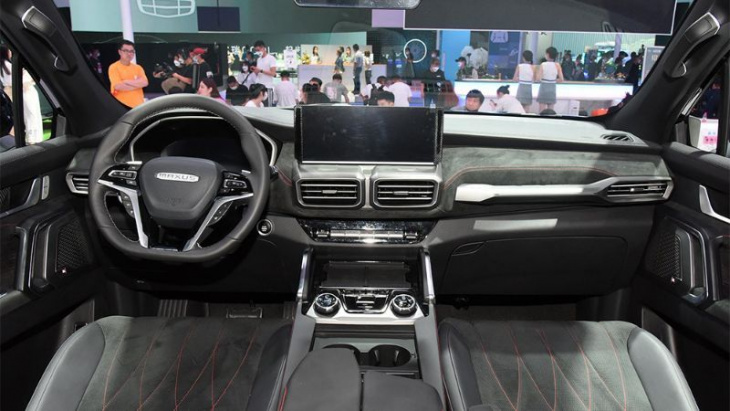 Moving inside, Maxus’ latest SUV is said to be offered with 5-, 6-, and 7-seat configurations and it feels very familiar with little reliance on touchscreen activity. You still control the air-conditioning with physical buttons and there are also knobs to control the driving settings. 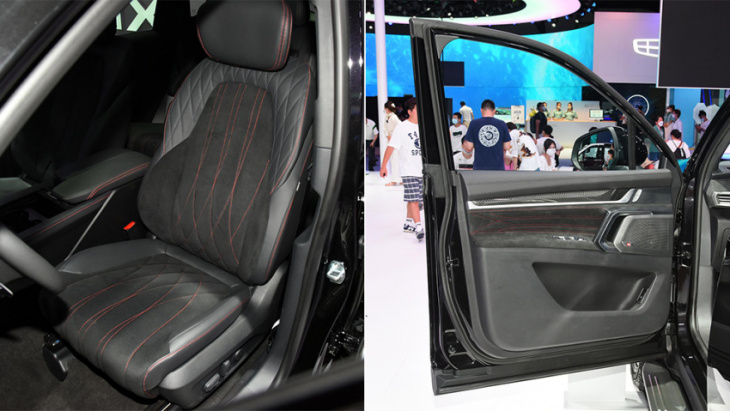 Despite the old-school approach in front, the Territory doesn’t look at all utilitarian at least in the photos. The seats shown in the model displayed at Chengdu appears to be offered with a mix of leather and fabric upholstery. 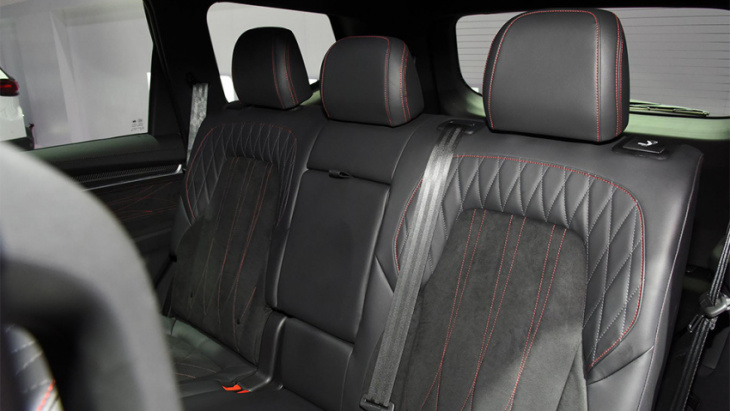 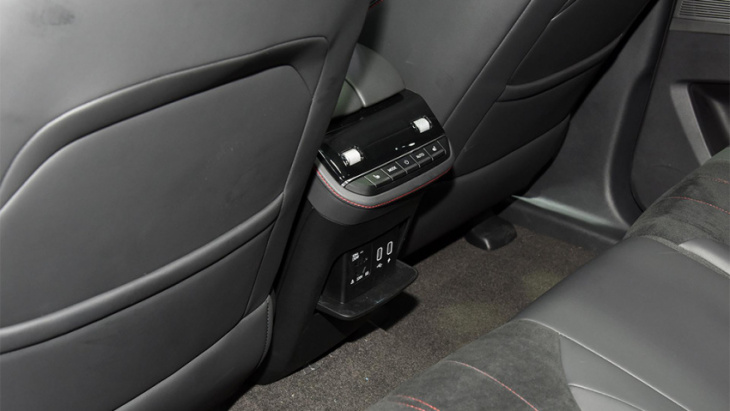 Rear seat occupants don’t feel very left out too in equipment with rear air-cond and a couple of charging ports shown in the display unit at the car show. 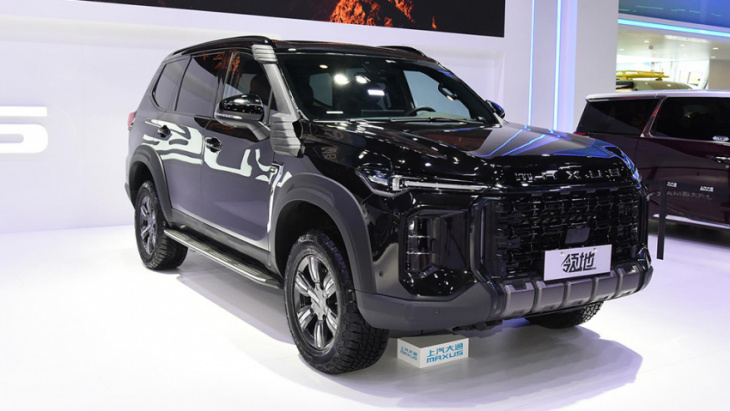 While Maxus has a presence in Malaysia, being distributed by Weststar Maxus Distributors Sdn Bhd, time will tell whether the Territory seems like a viable model to be introduced here. For now, Maxus’ newest SUV remains in the Middle Kingdom with prices only to be announced later in 2022.

Keyword: Is the Maxus Territory China's more opulent rival to the Toyota Fortuner?